One of the most influential club nights in Dublin and the country, Bruce Willis, has decided to throw one last party before they wrap the promotion up for good.

Bruce Willis was a trailblazer in terms of student nights orientated around electronic music, with some of the current crop of prominent DJs in Ireland all getting their first runs while playing at the night; with some making a serious name for themselves from it along the way. The final party will see many of those who played for the night take the stage across both Hangar and Wah Wah Club as the night sets sail on its final voyage.

Over the years Bruce Willis rose to such prominence that it even had a weekly residency in Carbon nightclub in Galway, along with longstanding residencies in Lost Society, Hangar, Opium and Wah Wah Club during its existence.

Next Wednesday will see the final party take place, with a stacked lineup that includes 20 DJs across five rooms.
Almost every genre is covered, with house, techno, grime, garage and hip hop all taken into account with a stacked lineup of some of the DJs that made the night what it is to a number of different crops of followers. Ed Fay, Bobofunk, Luka Kolona, Lui Rwego, Cóilí Collins, Jish McDonagh, Robbie O’Brien, Gearóid Peggs, Eric Brown, Oisín Egan and loads more will all be on hand to lay down one last set for Bruce before the curtain draws. 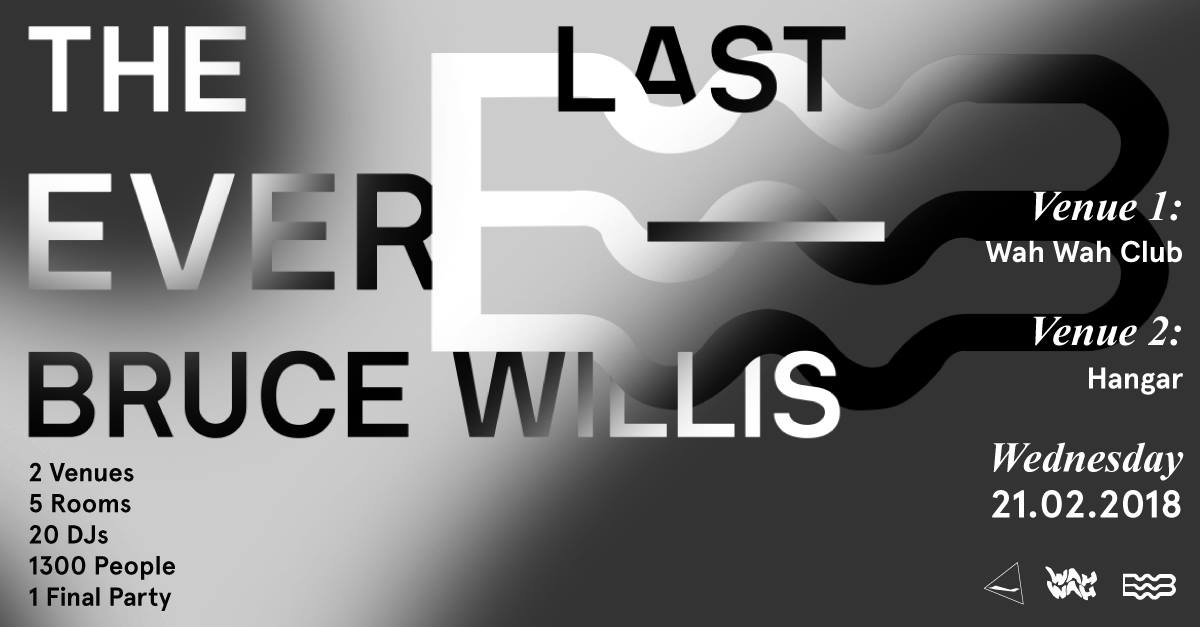 Join the Facebook event here, where tickets have already been made available.