Forbidden Fruit has quickly crept up on is and is now just around the corner.

With that in mind, the festival have revealed their 100% Irish stage which they run in association with Bulmers. Last year’s seen a particularly high energy set from grime standouts Mango X Mathman and this year’s installment sees more hip hop and R n’B inspired acts taking to the stage, with a touch of house and disco involved too.

One of the country’s premiere DJs in DJ Deece makes the cut, alongside rising house producer r.Kitt, who most recently featured on Pear’s latest compilation, ‘PAL Vol.1’. Their accompanied by singer Erica Cody, Fehdah, SYLK, Nialler9, Paul Alwright and a slew of other talented Irish acts. You can check out the full lineup below. 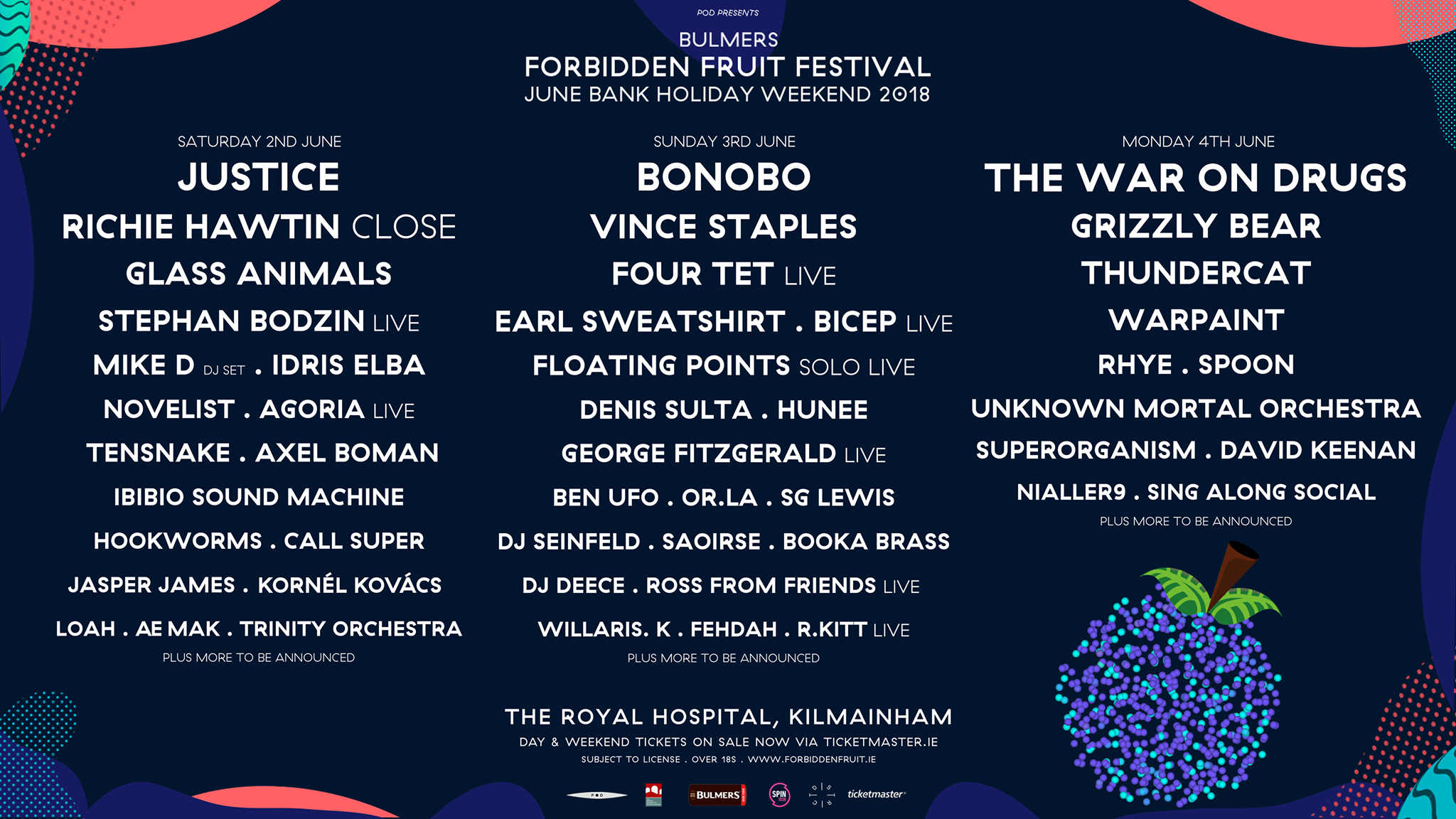 Tickets are in high demand, and you can get your hands on some via their website here.