Just when you thought the combination of Armand Van Helden and Fatboy Slim, along with a host of DJs in the shape of Adam Beyer, Joseph Capriati and more, might actually be enough to fill out a festival lineup, Life festival have further bolstered their lineup with some huge names across all genres. 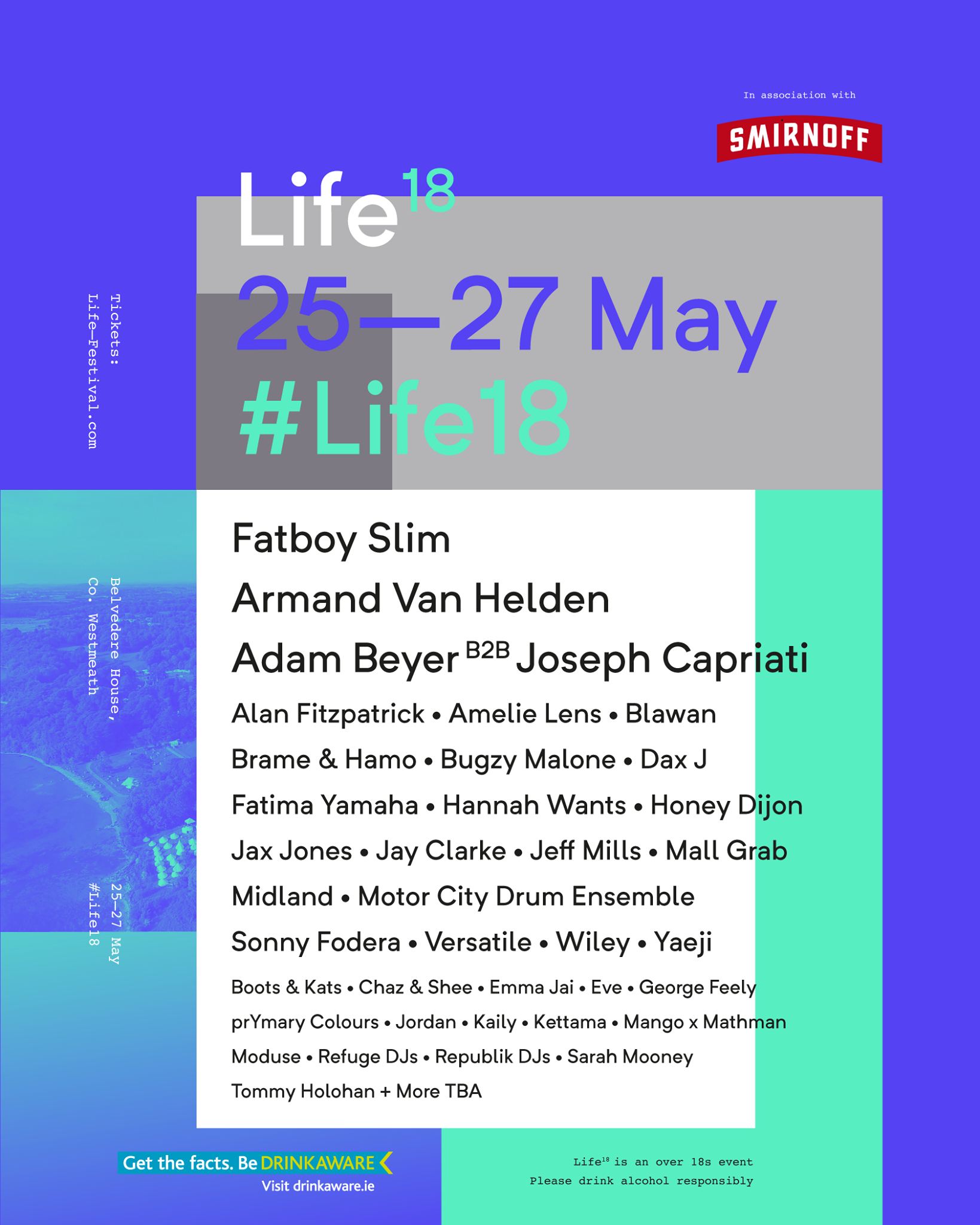 The festival also announced a host of Irish acts that will be playing at the festival in Tommy Holohan, KETTAMA, George Feely, prYmary colours and Emma Jai.

This is one of the most diverse and impressive lineups we’ve seen from the festival in quite a while, with all grounds from house, tech house and the heaviest techno covered, with a healthy dose of rap and grime included too.