District 8 under threat due to new proposal

Well loved Dublin club District 8 looks to be under threat after a proposed plan to rejuvenate Francis Street in the Liberties was approved by an Bord Pleanála. The plan will include a 260 bed aparthotel, a gym, restaurants, a theatre and a shop as well as a performance arts theatre.

The founder of the Tivoli Theatre (the current location of District 8), Anthony Byrne is promoting the project and will cost a total of €25 million over a space of 10,000 square metres.

The new Tivoli Theatre will be aimed towards more outdoor stage and theatre performances in a similar vain to the Meeting House Square. You can read more about the full plan here. 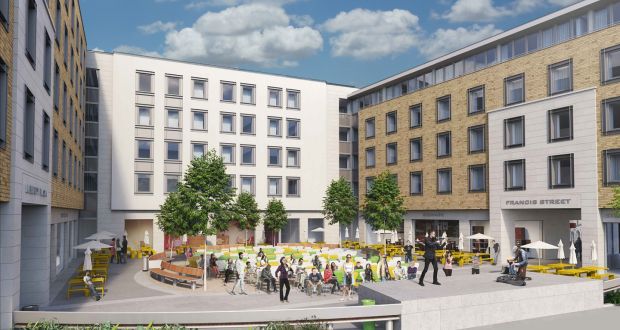 Hangar is due to be leveled in order to make room for a new hotel on St. Andrews lane, and with the news of a possible demise for District 8 it begs the question as to where the bigger international DJs can play in Dublin, and more importantly, where fans of electronic music can go to enjoy quality music and good nights out.

The plan didn’t clearly say whether the proposed performance and arts theatre would replace the electronic music hub that has hosted multiple legends like Kerri Chandler, Moodyman, Bicep, Ben Klock, Dax J and an endless list of others, or whether the new space would or wouldn’t allow for club-orientated events, however like many fans of electronic music and clubbing know, gentrification is never really a friend of nightlife.

We were in touch with officials from the venue who provided us with the following statement:

“The latest developments on the Tivoli site will not affect District 8 in the near future. We have lots of huge shows booking for this year and we have already started booking 2019.”

It’s well documented that London’s nightlife has suffered hugely due to multiple club closures at the hands of inner city development.

This is now the second time that District 8’s future has been held in jeopardy after previous plans to knock the venue down in place of a hotel were put on hold last year.

The debate will most definitely continue within our Facebook group, if you aren’t a member you can join it right here.