Our older sibling District Magazine has had a huge year in both Ireland and abroad, with three beautiful magazines now out, as well as their recently launched free monthly issue, The Guide To Dublin City which you may have seen in various outlets around the capital.

District are now set to team up with Dublin collective Hidden Agenda who many of you will be familiar with from their huge shows in venues such as District 8 and The Button Factory.

The event set to take place on New Year’s Eve and will feature some of the best artists in Ireland at the moment. District host the main room with an array of amazing hip-hop and grime talent including Mango X MathMan and Bobofunk, as well as a District Recordings showcase with NUXSENSE, FYNCH and District’s very own resident DJs.

Hidden Agenda will host the downstairs room with Dublin electronica duo I Am The Cosmos, James O Donoghue and J Colleran (also known as MMOTHS), and finally Hidden Agenda’s residents.

Finally the garden will be hosted by 2fm’s very own Tara Stewart who’ll have guests joining her on the night. 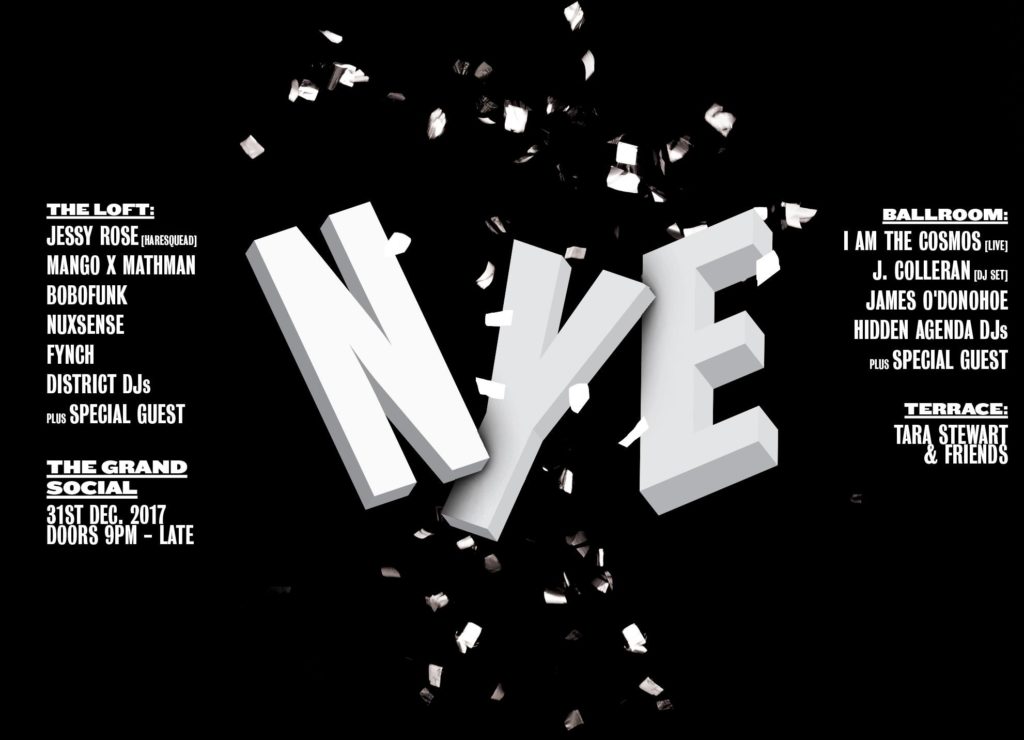