DJ Haus on the origins of Unknown to the Unknown

When it comes to house music, there are few labels that have shaped the genre like Unknown to the Unknown has in recent years. Releasing artists such as Mall Grab, GNORK, Baba Stiltz, Legowelt and loads more for the best part of 7 years now.

Through the label and his infamous Rinse FM show, DJ Haus has pushed the unmistakable sounds of UTTU, and its sub labels Hot Haus Recs and Dance Trax, for quite some time now, all while gaining a formidable reputation as one of the best selectors in house when it comes to getting people to move. His recent mix CD for Defected was one of the more anticipated releases of the year on a format that isn’t all too common in a 2017 music setting.

The UK native continues his busy schedule of playing, radio and running a label this weekend as he takes his talents to Belfast and then onto XOYO with Baltra and Project Pablo next weekend.

Do you have any distinct memories from any of your previous sets in Ireland?

“I played in Belfast last time and it was mental. I ended up stage diving! It was the first and only time that I’ll stage dive. That was with Timmy Stewart and Jordan. From that, I ended up staying in touch with Jordan and he ended up sending me a tune which was really good, which I ended up putting on my Defected compilation.

Those guys are great and it’s nice to see that they’ve got their local scene going. They were saying how they just play themselves now every weekend rather than relying on booking other DJs. I think that’s really cool because a lot of places rely on getting a named DJ to pack out a club.”

Yourself and DJ Q started Unknown to the Unknown and now obviously, bar the name, you push a distinctive house sound through UTTU. How did that change come about?

“I think it was DJing in clubs more really. For like two years now I’ve been playing pretty much every weekend. I play for myself, but knowing what works in a club environment is really nice. My taste is sort of drawn to what goes down really well in clubs. It became more of a house and techno sound that I wanted to promote, it’s still super weird though!

I wanted to focus on house and techno, I don’t really play garage at all anymore and I haven’t done for about five years. It’s not that I don’t like it, but it’s more something I’d rather listen to in the car than in the club. It’s great and I might play one tune at the end of my set because I’ve obviously got a lot of garage records; I’m a massive garage head from day one, but in three years time I could be playing garage and be bored of house or techno! If you’re playing in clubs, your job as a DJ is to create a really good atmosphere and a party vibe in the club, you don’t necessarily want to force a sound on somebody that they don’t necessarily want to hear. You want to enjoy yourself when you’re DJing.”

What differentiates you from a lot of in-demand house DJs at the moment that have blown up off a couple of big tracks is that your job on both Rinse and as a label head is selecting tracks, essentially the task of a DJ. What’s it like being a legitimate selector in a genre that doesn’t necessarily have a huge amount to rely on?

“Now, with my label I’m literally only playing stuff that I put out. It’s been really good in terms of quality control because the stuff I’m putting out is stuff that I almost have to put out! It’s not like I’m putting stuff out for the sake of it, it’s really good. It’s helped me developed my sound because a lot of the artists know the sound that I like. They might find a track that they made a few years ago that they know will be tuned to my taste and send it to me and I’ll love it, when they mightn’t have done anything with it otherwise.

It’s quite nice that it fits in and that I’ve somewhat designed my own sound. I’m into music that in a way doesn’t overshadow my DJ sets, so they just slot in together. It’s not like you’re waiting for that one track that’s going to define me. It’s a sound that’s a lot rawer and a lot quirkier but I’m able to make [and play] tunes that fit into what I do.”

The mix CDs are something that you’ve made somewhat more relevant than they were in recent years. Your Defected mix last year had loads of huge tracks as well as your 2016 ‘DJ Haus enters the unknown’ which featured future hits like ‘Cherry’ by Baba Stiltz and ‘T2000’ by Mak & Pasteman. What’s it like taking more traditional aspects like that and radio and making them relevant in a modern scenario?

“I was quite lucky to do the Defected thing. I liked how it was a step removed from the theme, that it wasn’t just a fabric CD, which people would expect. It was able to be a bit more ‘What the Fuck?!’. A few years ago, people would be off to DJ and they had to have the new tune by this guy and that guy, all the new stuff from Beatport. 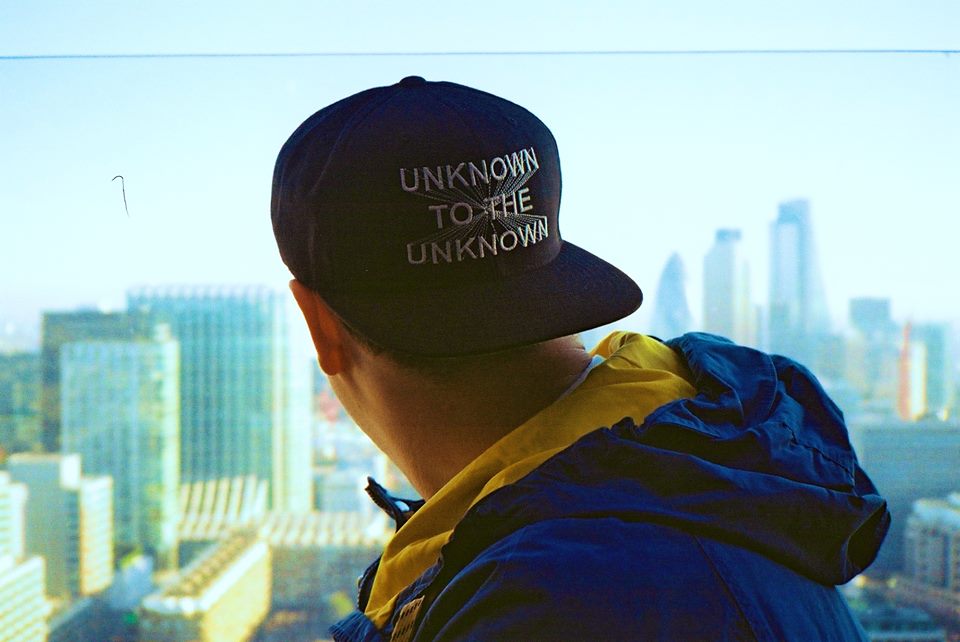 Now, people want to have their own secret record. If you come and see me then I’m going to play these five tunes that I spent ages digging out or this electro house tune from 2004, that’s what DJs are gravitating toward. It’s not just like ‘What tune is everyone playing? I have to play that, I have to play the new Sulta track!’. It’s more like finding tracks that you’ve dug out. The biggest DJs in the world like Jackmaster, Ben UFO and Midland are all doing that which is great because I’ve always loved that aspect. It’s a bit more original now.”

You mentioned Denis Sulta, ‘Nein Fortiate’ was a staple on your Rinse show for a little while. When you see him and the likes of Mall Grab, who you championed particularly through guest mixes and EPs such as ‘Menace to Society’, blowing up, what’s it like from your position given that you were pushing them from earlier on?

“On the Denis Sulta thing, I was playing in Glasgow and it was record store day the next day so Rubadub asked me to come down and play some records. I came down and I played back to back with this guy. I thought this guy was sick and he was a complete joker. I was like ‘Wow he’s hilarious and such a good DJ’. A year later everyone was asking me if I’d heard of Denis Sulta and once I seen him I was like ‘Oh my God that’s that guy I played back to back with!’. He’s really cool because he sent me a lot of his tracks and we stayed in touch.

Mall Grab, I don’t know what to say about him! I find myself quite lucky because he was a big fan of the label. He’d been sending me music for a while, he started producing this super banging house. ‘Pool Party Music’ just crossed over perfectly. So many people wanted that record!”

What’s it like running a label as well as you but also playing so regularly?

“The two kind of go hand in hand. Because I play out so regularly, a lot of people send me music and I’m able to play more tracks. Say if you sent me a tune, I could play it out on a Saturday night and Monday I could say ‘Wicked let’s put it out!’. When someone sends me a tune and I’m not sure whether to put it out, I can just play it and see how it goes down. For some reason, there’s music to put out and people are always buying the records which means the label can carry on going.”

You have Hot Haus Recs and E-Beamz both as sub labels, is there any other branches you’re waiting to reveal?

“Hot Haus is basically just house music. Unknown to the Unknown is just electronic music and there’s a sub label of that called Dance Trax, which is just dance music. There’s loads of cool things coming on that that I can’t announce just yet. E-Beams is not just my label because I run it with a friend of mine, so I kind have enough on my hands!!”

DJ Haus is playing this Saturday in Belfast. You can join the event right here. His new EP drops on the 5th or March, listen to snippets right here.