Without straining the fact that it’s the new year too much, but given that fact, we thought it’d be a good time to introduce a new feature to the site; DJ Power Rankings.

For anyone that’s unfamiliar with the power rankings system, it’s basically a leader board regarding where everyone lies in the grand scheme of things on a scale of how well each DJ is performing on a bi-weekly basis.

The criteria that’ll be taken into account every time we sit down to draw up the rankings are;

So without further adieu, welcome to the FOUR FOUR Magazine DJ Power Rankings.

With a vast collection of mixes and unreleased work on the way to celebrate his 10 year anniversary of living in Europe, the Michigan native definitely has him climbing up the chart at the beginning of the year.

His Rinse FM show’s continued success was a particular bright spot in the Unknown to the Unknown label head’s year, however the steady rise of the label, along with its sub-labels E-Beamz and Hot Haus Recs and the success of his mix CD with Defected which showcased Irish artists Jordan and Ejeca, have the house fanatic very near the top 25.

In a somewhat similar fashion to DJ Haus, Mumdance has definitely gained a lot of recognition due to the success of his show on Rinse FM, however without the never ending bank of unreleased label material that DJ Haus does. Guest mixes spanning across various genres from industrial techno (Sunil Sharpe), hardcore (DJ Vibes/Billy Bunter), electro (DJ Stingray), grime/bass (Capo Lee) and many more show the London native’s unrivaled flexibility. That coupled with an Asian tour a release with Pinch and a spot in Boiler Room in New Dehli set the UK native up for the opening slot on the list.

The electro legend who indeed joined Mumdance on Rinse last summer closed out the year in monster fashion, right as both electro and Underground Resistance’s popularity has never looked any stronger. The supposed ‘war’ he has promised techno and electro fans was an intriguing proclamation to kick the year off and has followers foaming at the mouth.

One of the most exciting talents in all of electronic music and definitely one that’s on the fast track to world domination. He has surpassed many of his French techno counterparts by constantly reinventing his sound and moving away from solely producing unrelenting and fast paced tracks. Diving into the EBM side of things, as well as getting creative on remixes for ABSL and none other than Depeche Mode have made the young star much more than your average kickdrum fiend.

After winning Mixmag’s coveted ‘DJ of the Year’ award last year, the Chicago native followed on with more of the same. She kicks off her brand new BBC Radio One residency tonight after recently being announced for Coachella and playing a starring role at the Warehouse Project’s New Years Day showcase.

The UK selector has been tearing up dance floors left, right and centre with the unrivaled variety and texture that fans have come to love and know from the Hessle Audio owner. His Christmas Day-released mix for Dekmantel’s podcast was one to reckoned with and there really aren’t many in his league when it comes to depth across multiple genres.

Electro’s sudden revival owes plenty of its exposure to the German native after her mammoth year which included slots at Sonar and Dekmantel festival’s Boiler Room stage. Winning the BBC Essential mix of the year award along with an upcoming show in District 8 solidifies her ascension to widespread notoriety while still maintaining her signature sound.

His XOYO residency came to an end midway through December something that definitely would’ve had him rated higher had it taken place closer to ‘evaluation’ time, however the German is in a league of his own when it comes to variety and selection and can wow a crowd at any given moment, so he earns this spot part because of that, and part because of the success of his residency, something no one else has really done in quite a while.

The Hessle Audio-signed artist is yet another totally unique producer that stands alone in terms of sound. ‘Theme From Q’ won Mixmag’s track of the year award and for many undoubtedly earned the right to such a prestigious placing. That coupled with many more diverse releases and sets have him set up like many more to make a unique dent in the scene in the upcoming year.

The Minnesota DJ will always command a high position given the respect that accompanies his name at this stage, however the recent release of his fabric 96 mix to rave reviews again sees him doing something that many other contenders don’t have on their respective CVs.

The spillover from her album again places her above many only releasing EPs and touring. Her appearance on Channel 4’s four after four threw her into the mainstream spotlight, albeit in a high rise car park, however her ability to clutch the attention of the underground while reeling in more commercial success is a rare feat.

The Dystopian label head had a monster end to the year, featuring on RPM series via his show in Index. On top of that of course was the release of his new album ‘Anxious’ on his own label and the recent work with Speedy J on cryptic Dutch label ‘Stoor’.

Everyone’s favourite duo rounded off a busy summer with a happy go lucky winter schedule that managed to put a smile on anyone’s face that it touched. Their disco sets are unrivaled and the US-Korea connection can go very deep in the crate to suit a variety of atmospheres; from Dekmantel’s main stage to a sweaty night in Tengu.

The Swede followed on from his viral YouTube fame last year and showed the world that he wasn’t another name in the lo-fi house wave. His debut album on Lobster Fury was met with otherworldly acclaim from all sides: including an unprecedentedly high ranking from Rolling Stone. Sets at the New York edition of Boiler Room and Belfast’s Telegraph Building for Shine and AVA set him up nicely leading into 2018.

Glasgow-native Jackmaster hasn’t let his busy workload cease after another predictably hectic summer doing the rounds at festivals worldwide. The release of his Mastermix in December set the scene for his Mastermix tour which has featured some huge names and has exemplified his admirable work rate.

Speaking of work rate, no one even comes close to Dax J. Recently playing three sets in one day across mainland Europe embodies his non stop pace currently. When he’s not playing he’s always in his studio and the spillover from this not only benefits him, but those who are lucky enough to be released on his highly respected Monnom Black label, with Thomas P. Heckmann up next delivering a new album.

It’s difficult to think of anyone who has had as meteoric a rise as the Derry woman. Since her Boiler Room set at AVA Festival, she has been playing non stop on some major lineups including some names that’re to come on the list. Her most recent release on Hotflush showcased her well-layered production abilities and encompassed her varied sound that bridges the gap between house breakbeat and techno. Not only that, but her label Deep Sea Frequency is picking up a head of steam too, with a release on the way from DJ Seinfeld. It’ll be very exciting to see what the next few months have in store for the Northerner.

The Paul Woolford alias is almost solely to thank for the revival of breakbeat and hardcore across more accessible electronic music. His two part album ‘Belief System’ was a masterpiece and since its release SR has almost overtaken Paul Woolford in terms of popularity amongst fans. That along with consistent releases on his Houndstooth imprint has shown him not only take his own project to the next level but also a whole genre too.

The king of Ibiza has two large scale shows on the brink of selling out in Ireland this summer. That coupled with the fact that he topped off 25 years of BBC’s essential mix with his second offering to the series, as well as a new track on Nicole Moudaber’s label means that the White Isle legend still has plenty of juice in the tank.

The South Korean’s rise to everyone’s attention is well and truly one of the most outstanding runs we have seen in quite a while and there are little among us as deserving of such success as the Berlin based DJ and Producer. Her sets and production maintain a strong house backbone while infusing elements that vary strongly from electro to techno to disco. Her recent back to back with Artwork in Subclub seemed like wild party and any bill that her name graces seems to be turning to gold at the moment.

The Australian would be a lot higher had he not taken some time off to go back to the southern hemisphere after a crazy schedule before the holiday period. With that being said, his Steel City Dance Discs showcase in association with fellow Aussie collective and label Pelvis as well as some other gigs here and there still kept his gig schedule ticking over. His upcoming ‘Nonstop Feeling’ tour should see him ascend the rankings once again, as well as the release of an upcoming Loods EP on his Steel City Dance Discs label.

The Geordie has managed to cover all grounds leading up to a busy festive period with an Irish tour under his belt as well as massive shows in his hometown of Newcastle. His Stephen’s Day seen him take on the challenge of playing what seemed like a donk set and if that turns out to be the case he gets an A+ for effort.

The Russian has just come away with the Mixmag DJ of the year award and it’s hard to see why not. She has wowed crowds all over with her pulsating techno sets, while maintaining order over her incredibly popular ‘Trip’ label. Her house set at the Dekmantel selectors stage was another unique point that strengthens her standing near the top of the leader board.

The man behind ‘We do what we want’ captivated crowds on his Irish tour in what seemed like rockstar fashion. His We Are the Brave brand is going from strength to strength and he will be hosting his own festival in association with Bedlam events this March. Yes, on St. Patrick’s day.

The Belfast duo managed to leap into the conversation of great all time electronic artists with their splendid, self-titled debut album which dropped on Ninja Tune in September. The following live show which did the rounds at Electric Picnic and as far as the US is a testament as to how far the two have come and with another DJ set tour of Ireland on the way they’re showing no signs of slowing down. 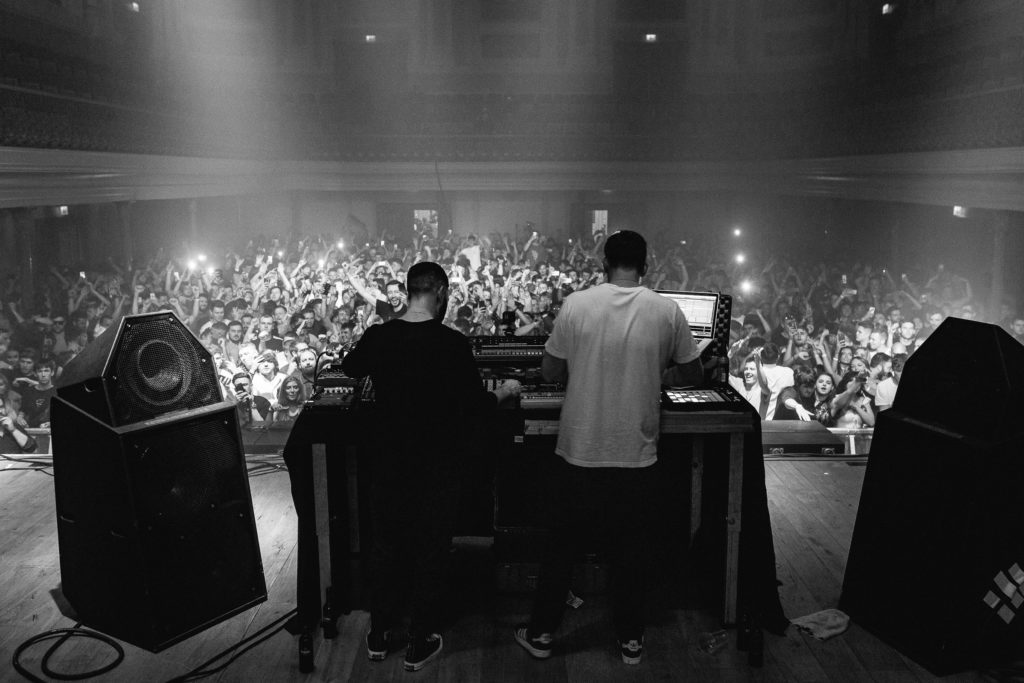 The Glaswegian has been captivating crowds worldwide with his infectious personality and undeniable energy. Despite some mild controversy regarding track selection, his ability to pull tracks from different genres and decades all under one party umbrella is very special. His most recent release on his Sulta Selects; ‘Our World (With a boy on its shoulders)’, was met with positive reviews and he finished up the year in Belfast with AVA and then got it off to a massive start at Warehouse Project’s closing party. 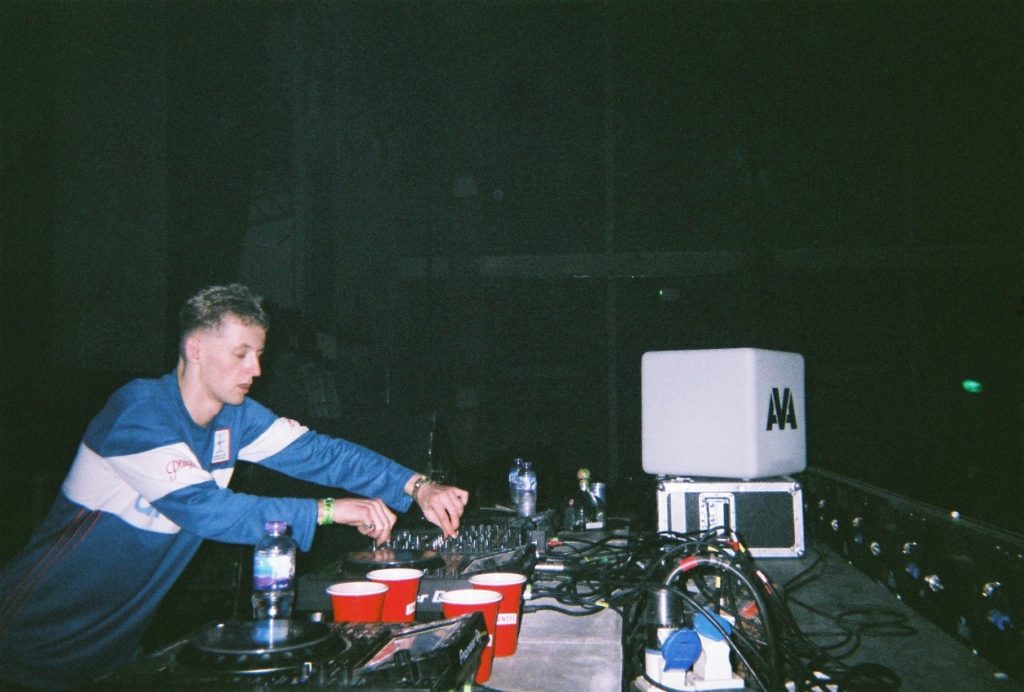