Forbidden Fruit is set to return to the grounds of the Royal Hospital Kilmainham at the beginning of June next year and tickets have already been released for the weekend long festival.

Forbidden Fruit have now announced their first group of acts, all of which are to play on Monday 4th of June. The War On Drugs, Grizzly Bear, Warpaint, Thundercat, Superorganism and Spoon will take to Kilmainham for Forbidden Fruit 2018, and are only the beginning of what we’d imagine will be another massive lineup.

Tickets go on sale on Monday 27th November at 9am via Ticketmaster. 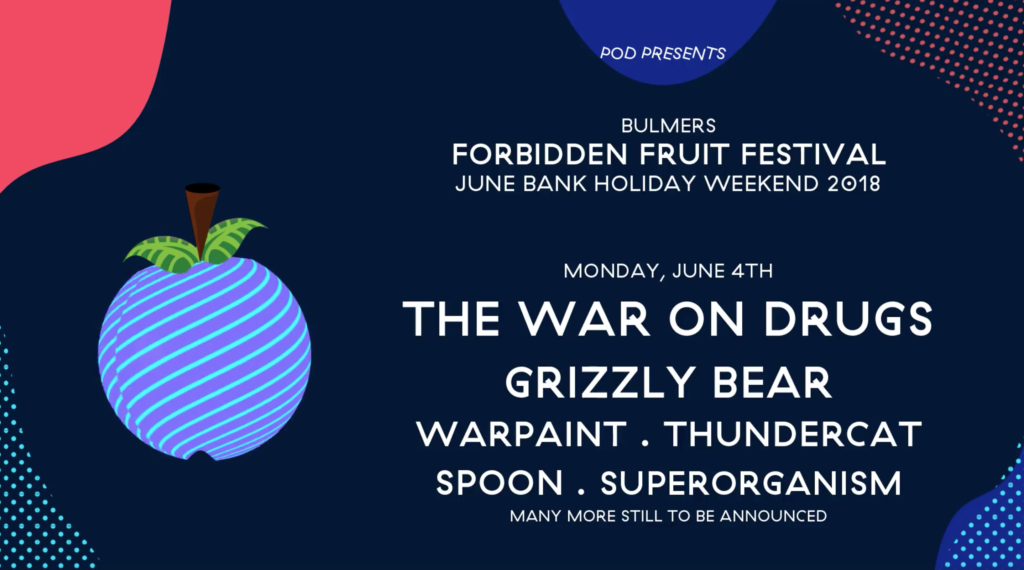