Easter is finally here, with a long weekend for most and some serious events happening around the country to soothe our souls after a hectic few weeks. The Good Friday alcohol ban has been lifted and despite Easter not being traditionally celebrated with dance music, this Easter weekend has a lot to say about that. 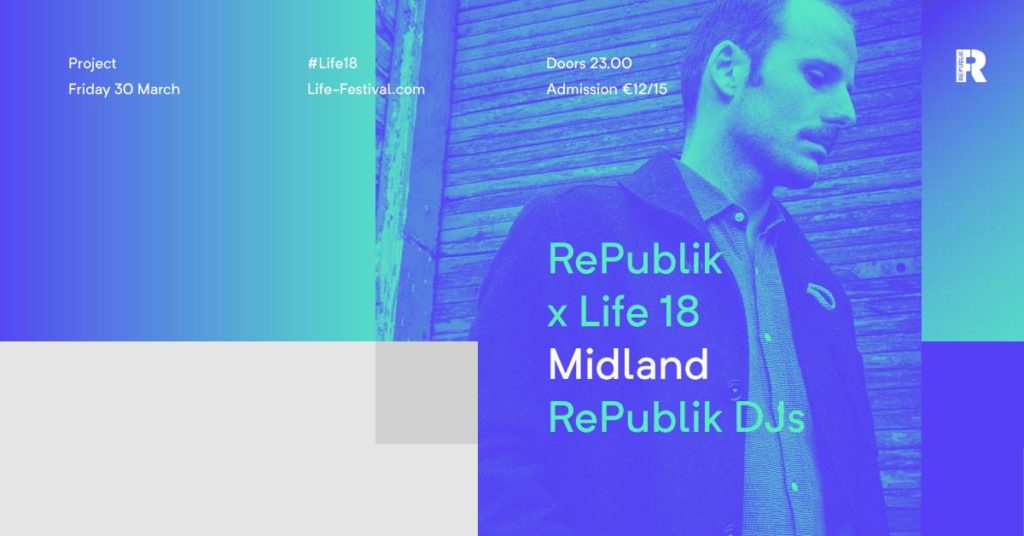 RePublik and Life have teamed up to bring Midland to Waterford on Friday night as a warm up for Life Festival at the end of May and his Waterford debut. The DJ, producer and record label owner Midland dabbles in many styles but is known best for his garage flavoured house music. Head down for a house filled night and get the chance to win tickets to Life 18 on the night too. 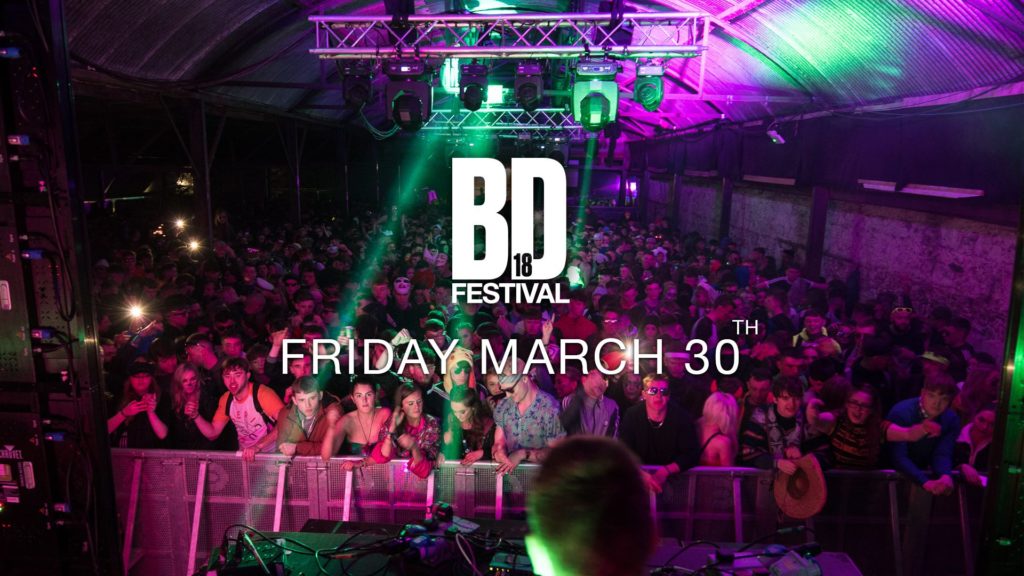 Head down to Glendalough house on Good Friday for one of the best line ups BD have had to date. With a line up of Kerri Chandler, The Magician, Perc, Boots & Kats, KETTAMA, Tommy Holohan and many many more homegrown acts and the beautiful surroundings of Glendalough house, what more could you want on Good Friday? It’s BYOB too. 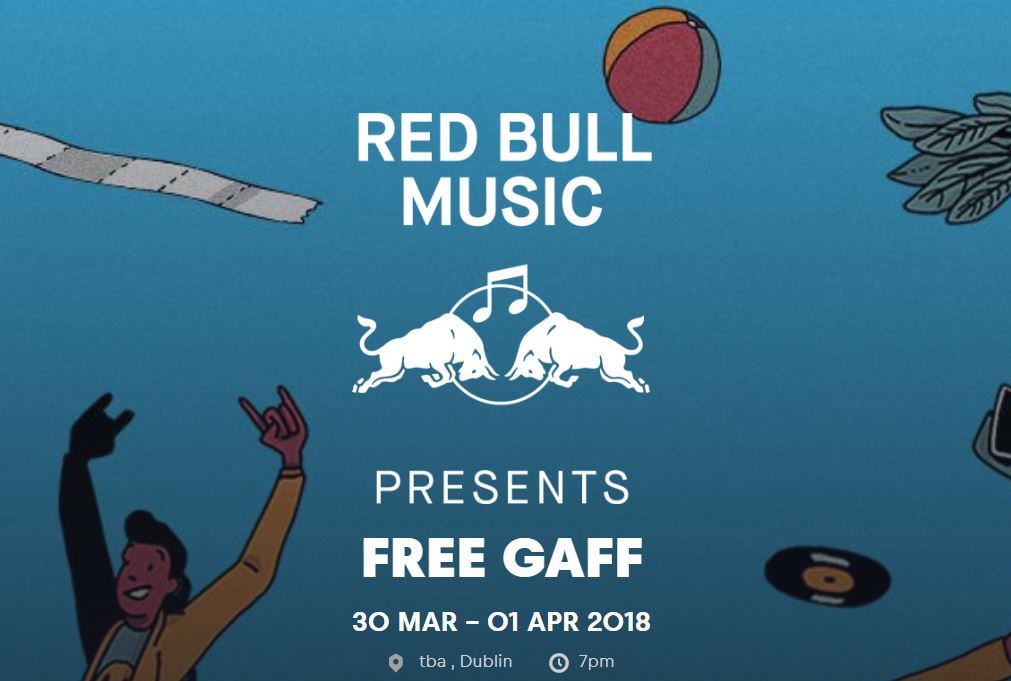 Red Bull Music are throwing the ultimate gaff party this Easter weekend in a secret location somewhere in Dublin city. With three floors, nights and genres along with some of Ireland and abroad’s best electronic talent will be gracing the house for intimate shows every night. Some names on the electronic side of the line up include Benjamin Damage, Palms Trax, Krescent, Mella Dee, KETTAMA and or course Or:la any many many more across the 3 nights. If you have a ticket, make sure to head to the District & Bodytonic after party in Wigwam and show your wristband for discounted entry. 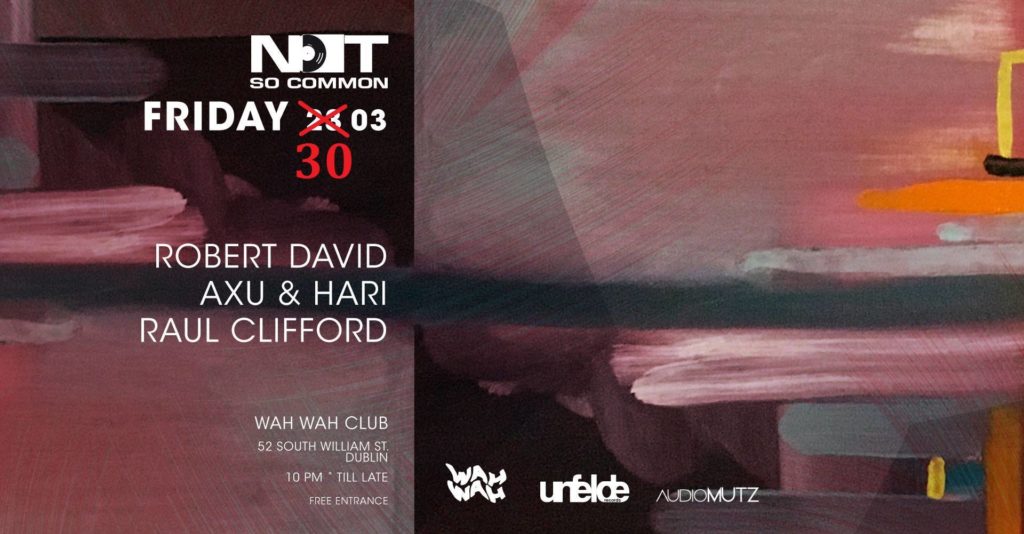 If you’re an underground lover then look no further. Not So Common are back to Wah Wah after a successful run the last time with minimalistic electronic music setting this one apart with a line up of Robert David, Axu & Hari and Raul Clifford. 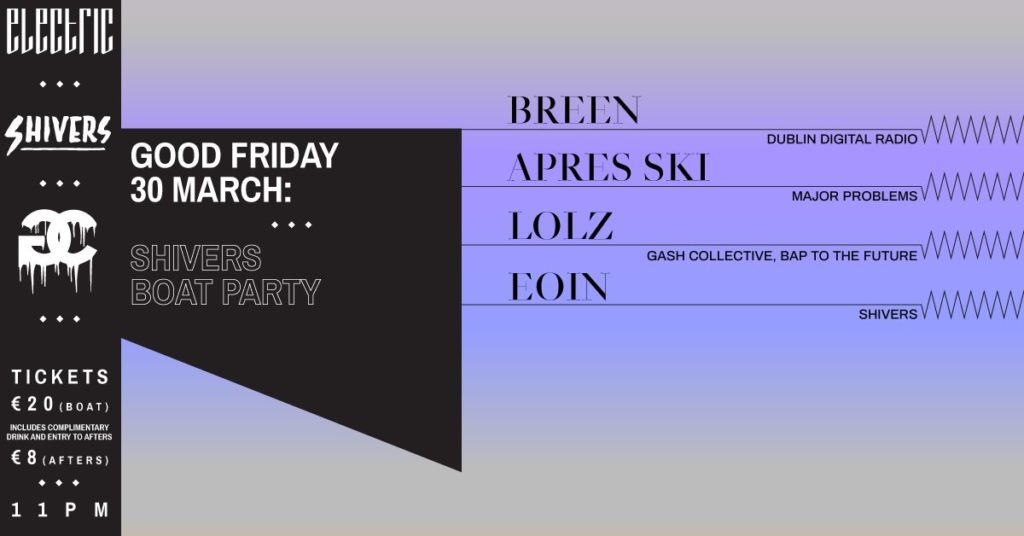 If you’re spending Good Friday in Galway, this one’s definitely worth going to. Sail up the Corrib with a line up of Breen from Dublin Digital Radio, Apres Ski from Major Problems, Lolz of Gash Collective and Bap To The Future and finally Shivers resident Eoin will be finishing up in the after party in Electric Garden and Theatre. 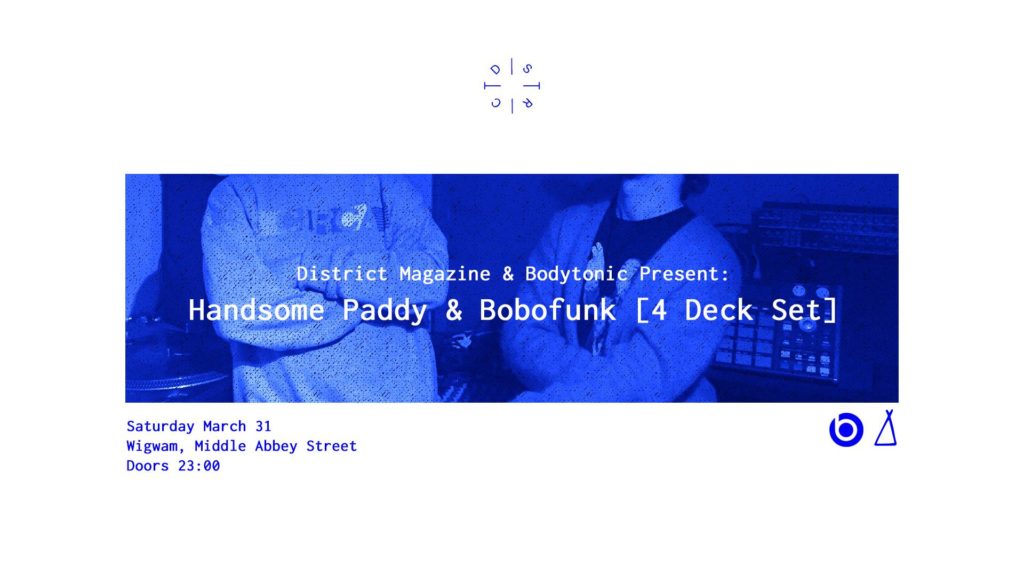 District Magazine is teaming up with Bodytonic in Wigwam to bring you the after party to Red Bull Music’s Free Gaff Party  this Saturday night. Handsome Paddy & Bobofunk will be sending hip hop and club style waves through the upstairs of Wigwam with a 4 deck set along with District DJs, while Bodytonic DJs and house favourite Palms Trax will be manning the basement. Discounted entry for Free Gaff attendees and tickets can be be bought online otherwise. 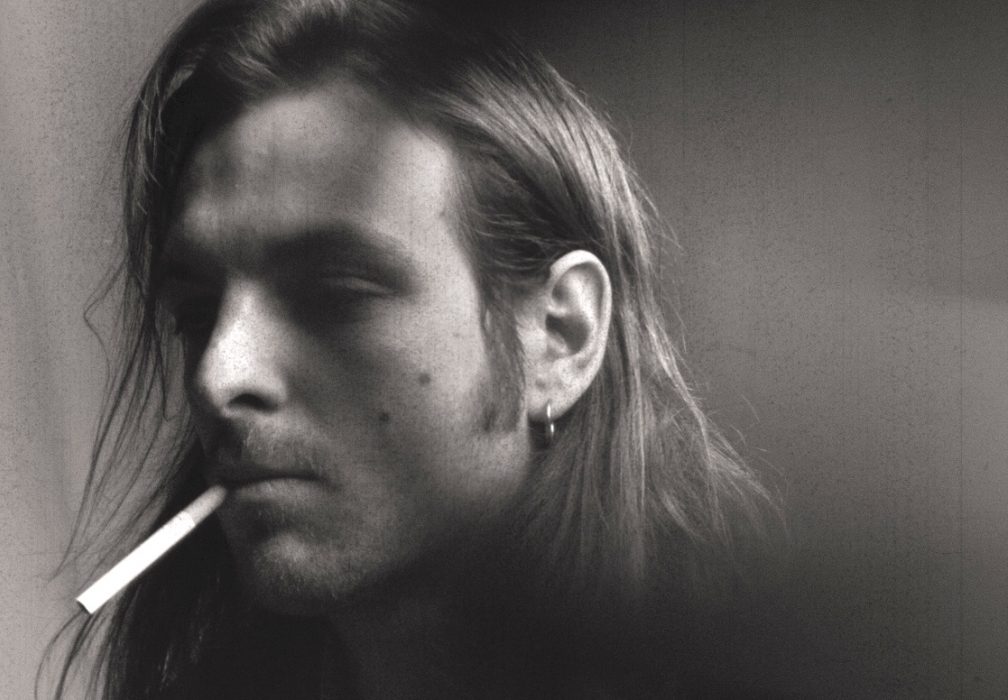 House icon Leon Vynehall will be gracing Galway’s Saturday night at Electric Garden and Theatre. Known for his deep house and down tempo tunes Leon played his Galway debut in 2016 and is returning to Galway this weekend to send raw and expressive waves through Electric.

Jayda G at The Grand Social 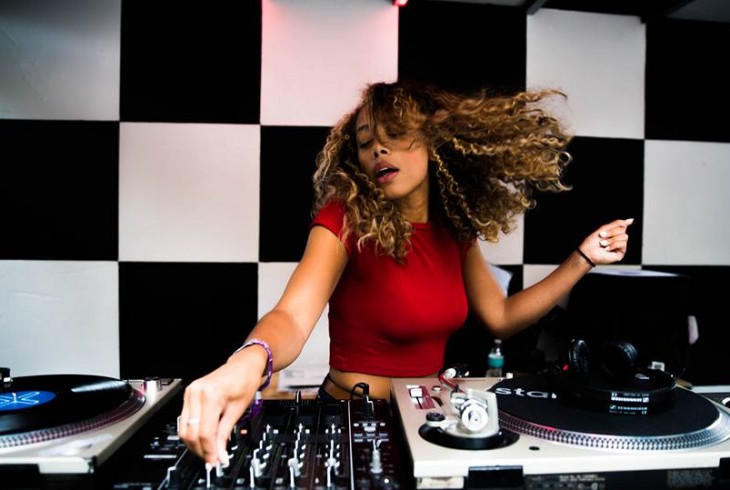 One of Canada’s most talented and fun DJs and producers is coming to Dublin this Saturday. Jayda G recently started her own new record label project in the form of Freakout Cult in conjunction with DJ Fett Burger and is now bringing her magic back to Dublin for a night bursting with disco, house and soul. 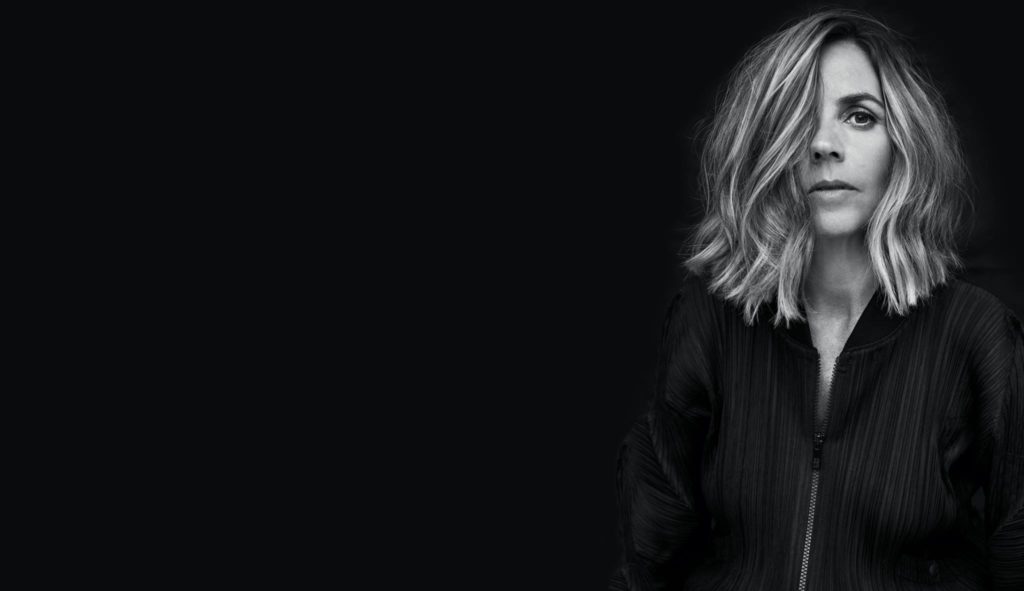 Anja Schneider returns to Ireland this Saturday night for a highly anticipated house and techno show thanks to 39/40 and Strictly Deep. Support on the night comes from two of Ireland’s finest Colin Perkins and Zee Ziggy. 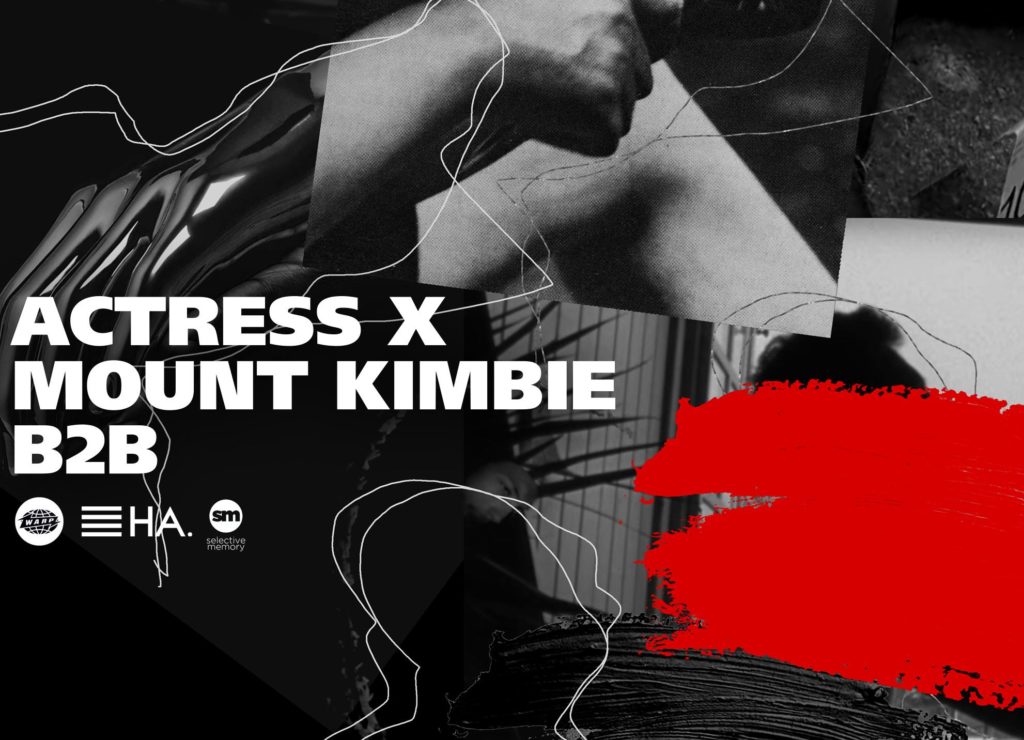 Hidden Agenda and Selective Memory are bringing us Mount Kimbie X Actress B2B in The Button Factory this Saturday night. This combination will definitely make for a very different but unique night. Actress has had music released by labels such as Ninja Tune and his cofounded label Werkdiscs and a set alongside the Mount Kimbie duo is bound to be a good night.

I Hate Models at Hangar 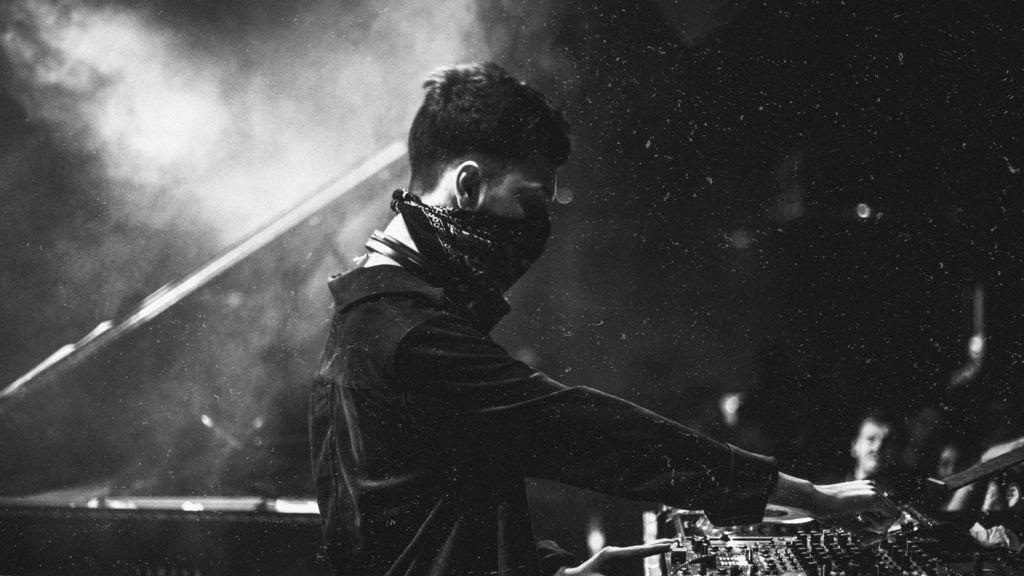 After two massive sell out gigs at Hangar already, the DJ and producer will be navigating through trance and industrial warehouse styles in his return to Dublin this Easter Sunday for another big night after a very memorable show last time. Advance tickets are advised. 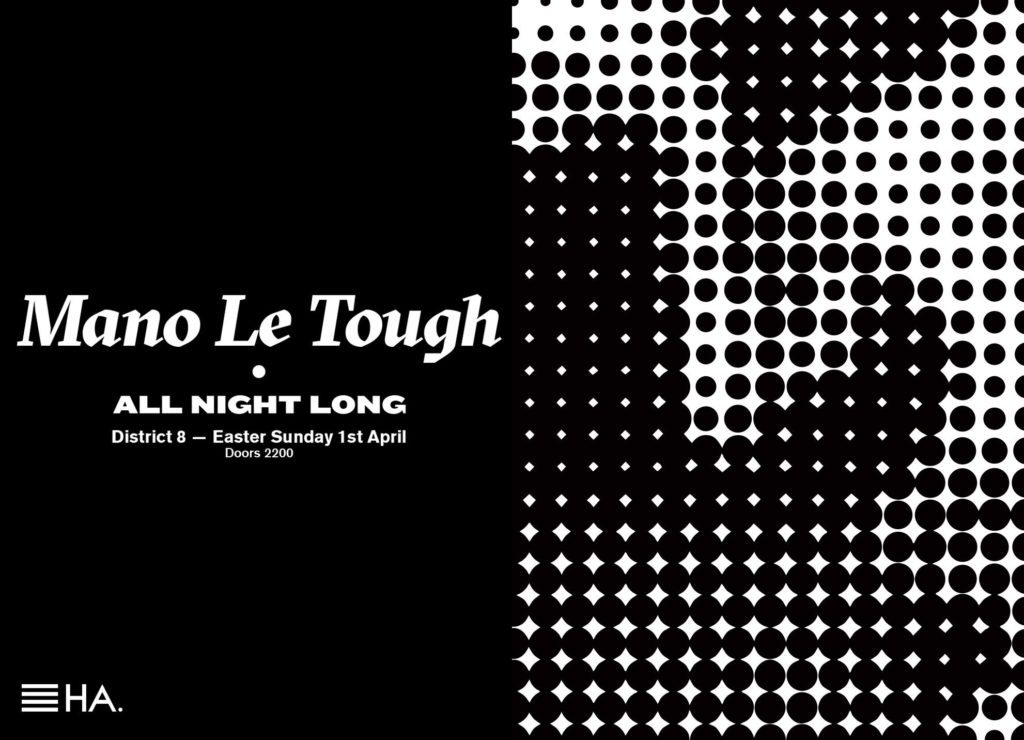 Mano’s open to close set last year in District 8 was said to be one of the best shows in Dublin and the folk over at Hidden Agenda are bringing him back to us this Easter Sunday. Globally renowned Niall Mannion AKA Mano Le Tough has become a seriously important voice in Ireland’s vibrant electronic music landscape and his all night long set definitely isn’t one to miss this Easter weekend.

KETTAMA at The Kicking Donkey 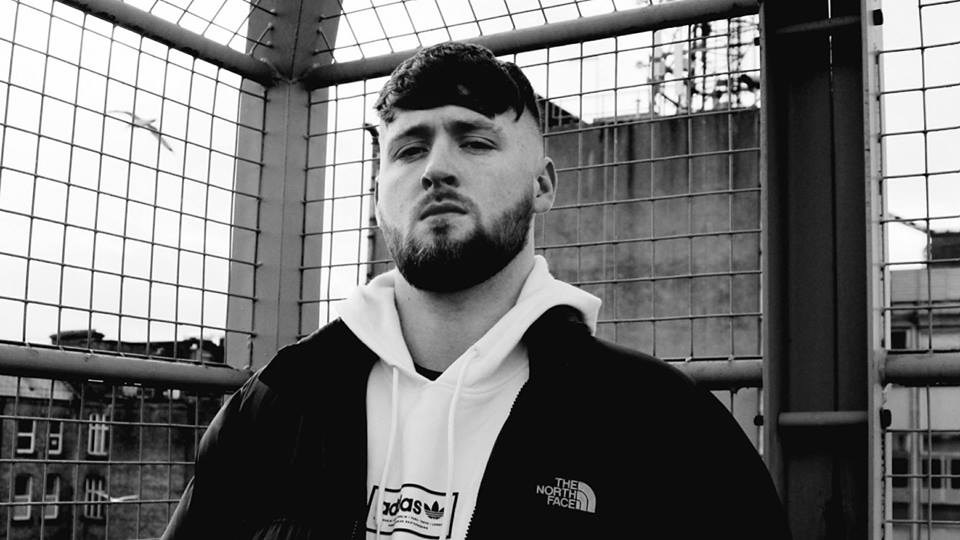 Thanks to Usessions and Wilma, KETTAMA will be taking over The Kicking Donkey in Bundoran, Donegal this Easter Sunday. As one half of the VSN duo and one of Ireland’s leading names among house DJs at the moment he’s supported massive names like Mall Grab, X-Coast and DJ Seinfeld. This definitely isn’t one to miss. 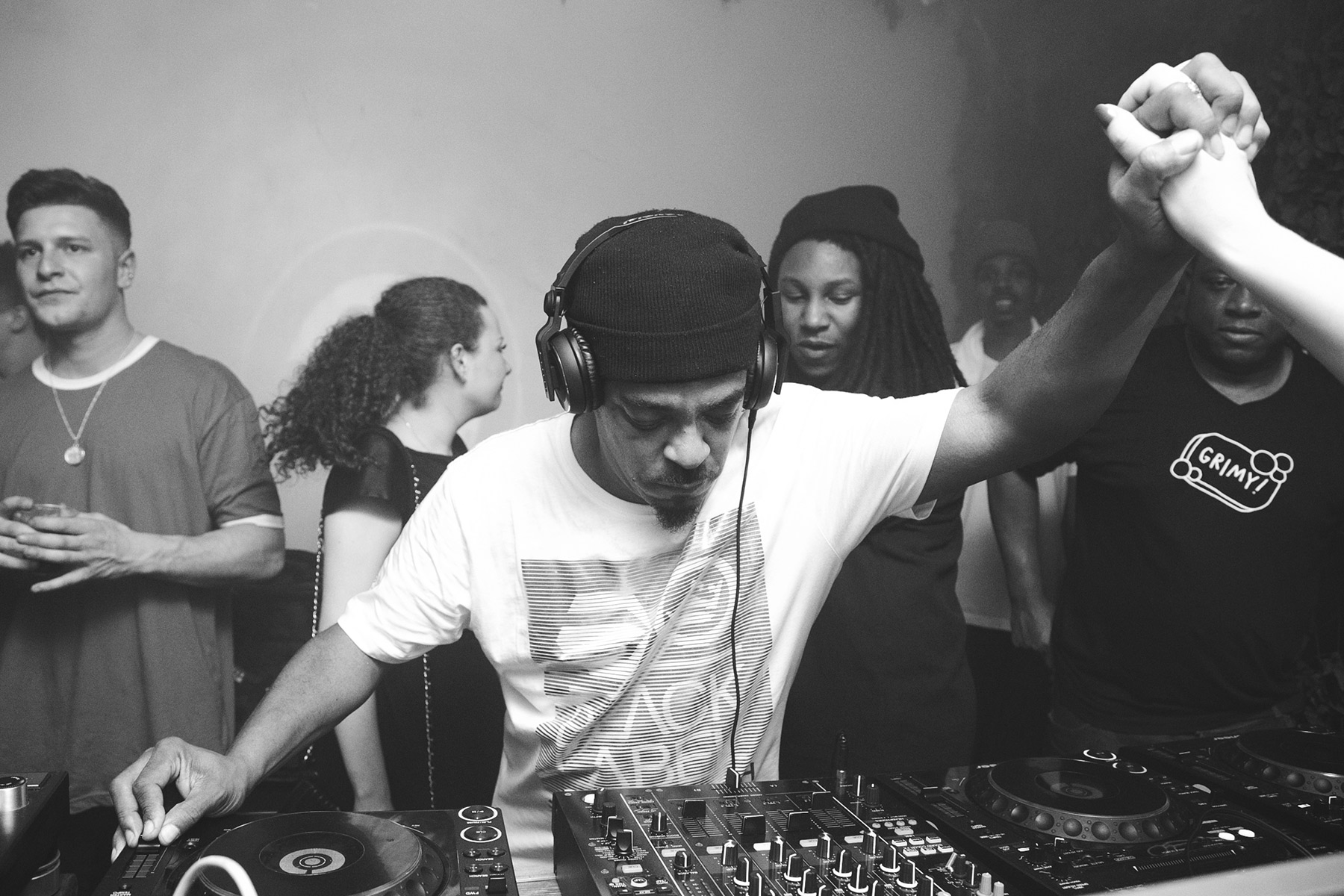 One of the legends of house music takes on the basement of Wigwam for what will be a more soothing end to a busy few days of partying thanks to the good folks at Shed Sessions. Support on the night will come from their residents along with Toast’s Kark Guest who they’re teaming up with on the night.

Joe Goddard, a member of Hot Chip has taken to going solo under his own name and is delving into the blurring lines of house, disco, techno and indie. Don’t expect the usual Hot Chip buzz but you can expect anything from Ejeca to the best disco and house classics. 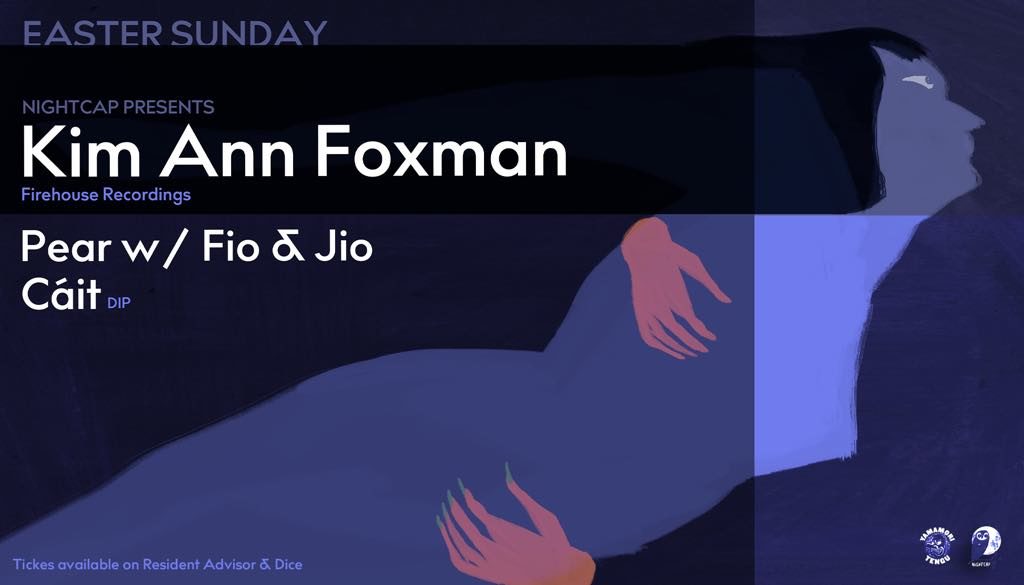 Kim Ann Foxman comes to Tengu as a stop off from her hectic touring schedule and upcoming festival dates including Melt Festival and Movement Festival Detroit. Support on the night comes from Cáit (DIP) and the boys Fio and Jio from Pear upstairs with Tengu’s new sound system. 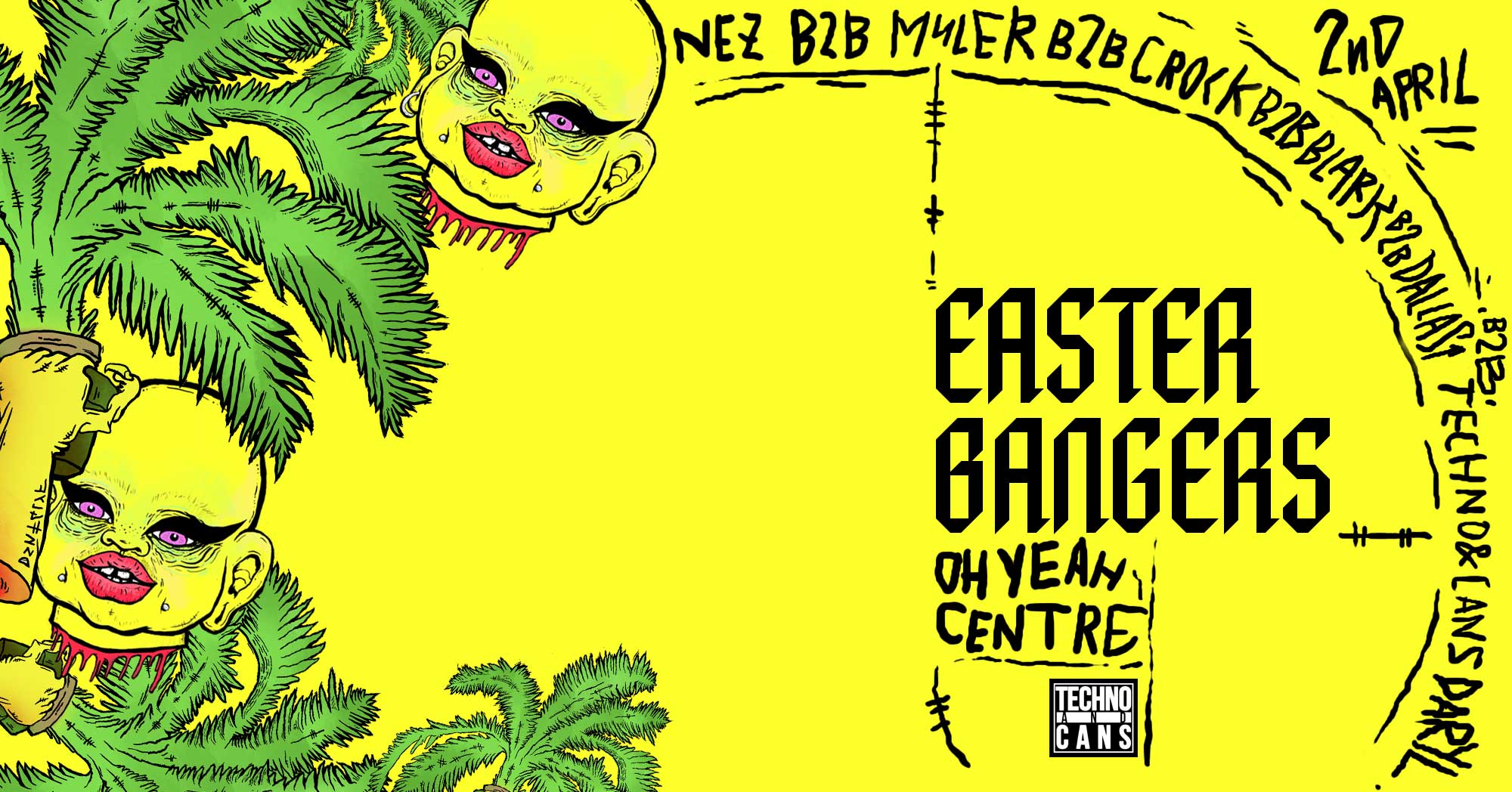 The dangerous combination of DSNT’s residents and Techno & Cans’ team up for an exclamatory conclusion to one of the busiest weekends on the calendar. We all know how well DSNT do their nights, couple that with the heaviest hitters from Dublin and you’ve got a problem on your hands.