The first bank holiday of the summer is here and there’s plenty of shows happening around the country, yet again. We still have a few weeks to go until Ireland’s first summer festival and despite the line ups being extremely diverse and of insane quality, particularly along the house and techno side of things, the shows around the country in the lead up are still proving to be just as good.

The Building Society and Operator present Tim Tama for a debut Dublin show in Hangar this Friday night. The Dutch producer’s sound can be described as a unique blend of hard hitting drums and cinematic strings creating a forward looking approach to his music which, in a relatively short amount of time has been picked up by labels such as Obscuur Records and Taro Records.

Glaswegian producer Big Miz has developed into a key artist within the house scene, combining his classical and traditional musical skills with contemporary electronic gear. Having frequently played several European and UK shows and with a Boiler Room debut already under his belt, Big Miz is definitely part of the future of underground house music. Supporting Big Miz on the night is Galway’s KETTAMA as well as Jack Thompson, Dylan Forbes and Sean Meehan.

Harrison BDP at The Sound House

Codework present the return of Harrison BDP at The Sound House this Friday night along with Codework DJs and Connor Byrne on support. Harrison BDP excels in cosmic synth, deep moving bass lines and perfectly placed samples. After gaining attention and views with his tracks on the popular YouTube channel Slav, he’s gone on to release with labels such as Plastik and Gents and Dandy Records. The lads are also throwing a pre party in Berlin on Dame Lane from 7pm until doors in Wigwam so make sure to pop your head in for the perfect pre drinks ahead of the gig.

As Hangar edges closer to closing, TeaParty are taking over Pablo Discobar for the last time with techno all night for Tim Tama’s Irish debut in the main room. The line up on the night includes Lamaj and Dave Taylor.

Momentum are hosting Marvin & Guy for their debut Irish show in Wigwam. They’ve released records with labels Hivern Discs and Correspondent, with their ability to spin from disco to techno gaining them a residency spot at Barcelona’s iconic club Nitsa. Supporting on the night are Reevs and Jus Damien with groovy house and techno all night long. 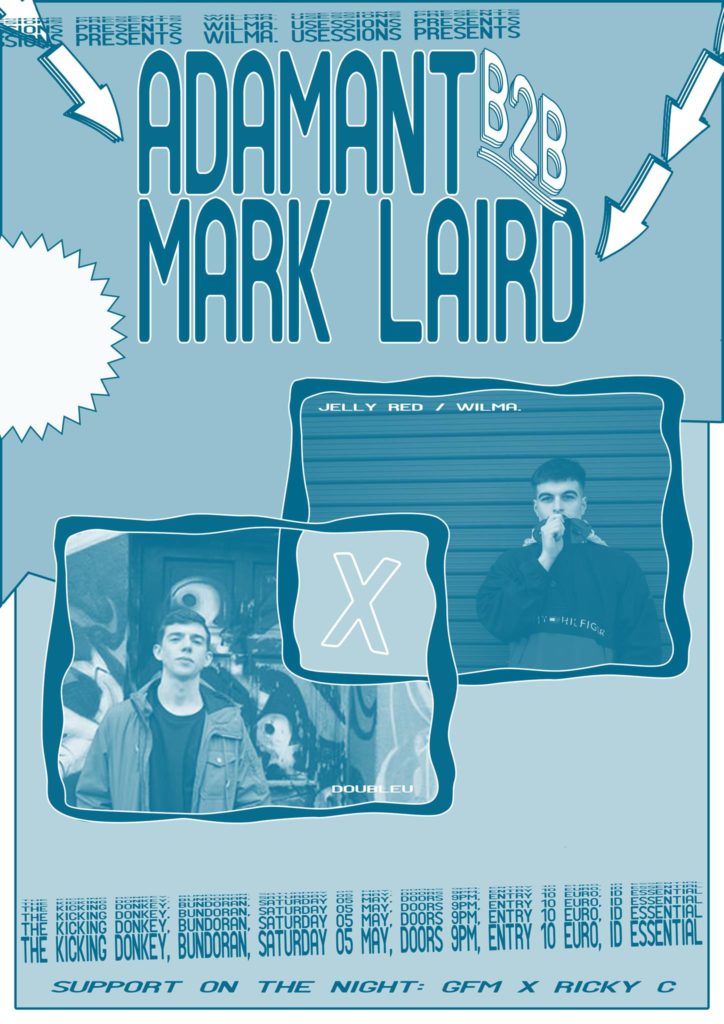 Usessions have invited Adamant of Doubleu and Mark Laird of Jelly Red to join them for a B2B set in Donegal’s The Kicking Donkey with support from GFM and Ricky C on the night. 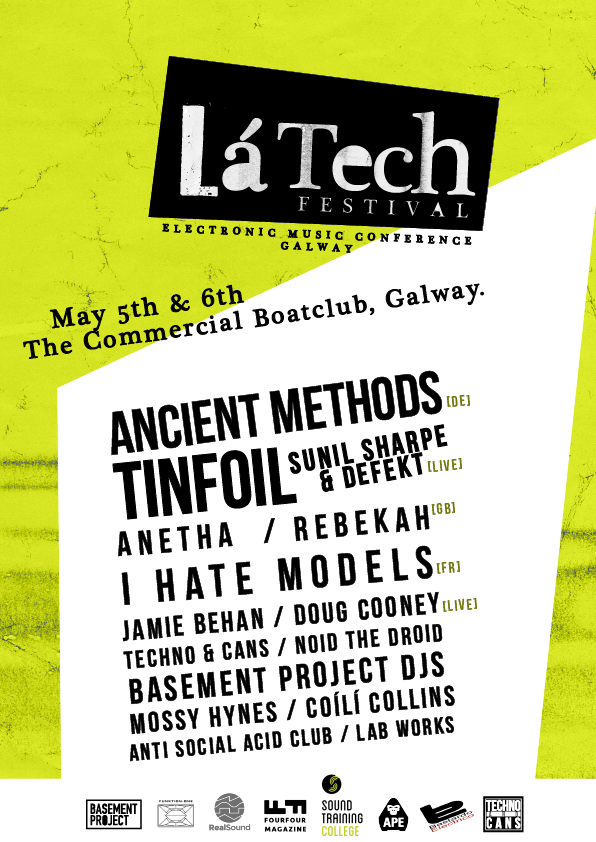 Aether productions and events present Lá Tech, aiming to merge the concepts of a two day club weekender with a warehouse setting featuring a serious mixture of international heavyweight headliners as well as home grown and hand picked techno DJs. The event also features an electronic music conference featuring talks (Which we will be hosting with Sunil Sharpe and Rebekah), panels, films and more. The line up includes Tinfoil, I Hate Models, Jamie Behan and many more. 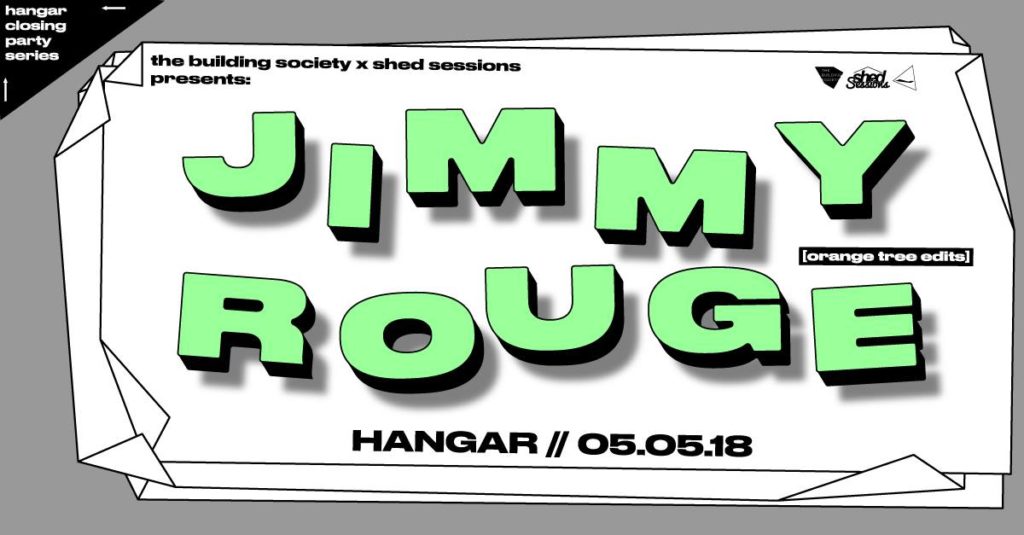 The Building Society and Shed Sessions welcome Jimmy Rouge to Hangar’s warehouse this Saturday night. Jimmy Rouge, the man behind beloved label Orange Tree Edits, steps up to the plate in Hangar for a set full of disco and a healthy helping of house too before the venue closes its doors this summer. The selector is easily one of the most impressive talents rising from Dublin at the moment and is set for AVA’s 2018 Boiler Room.

With an EP launch in Tengu in April, Mix and Fairbanks are keeping it going with their funky edits and standout synths. Their previous EP series ‘Made and Played’ premiered by Four Four last year showed their ability to put their own twist on classics, while their new EP shows their original producing ability. 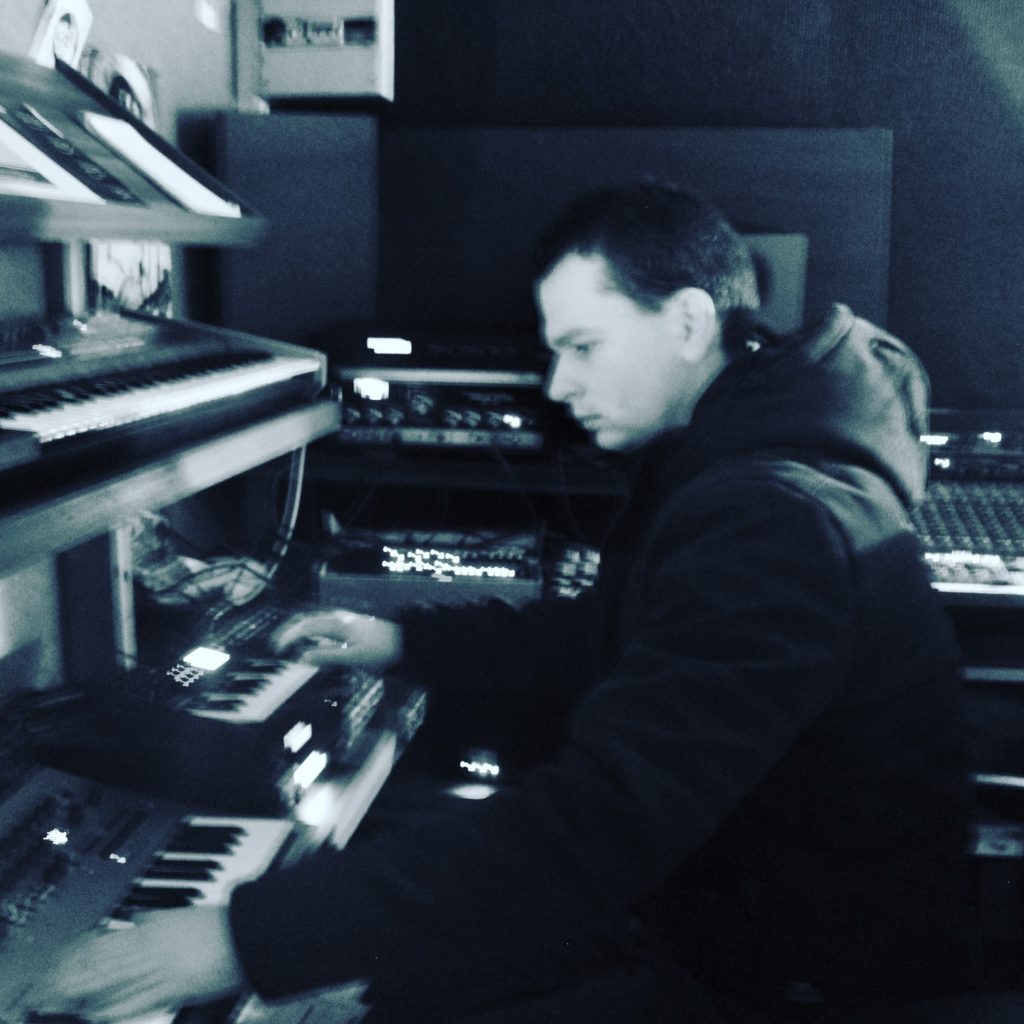 From the same people that brought you Discotekken and The Locals, Telephones throw day and night parties in Dublin and this time they’re bringing us local DJs spinning their favourite jams. TR One will be joining them from Carlow to showcase their amazing collection of records and mixing skills with anything from disco to funk, soul and techno.

Harrison BDP & Vertigo at The Menagerie 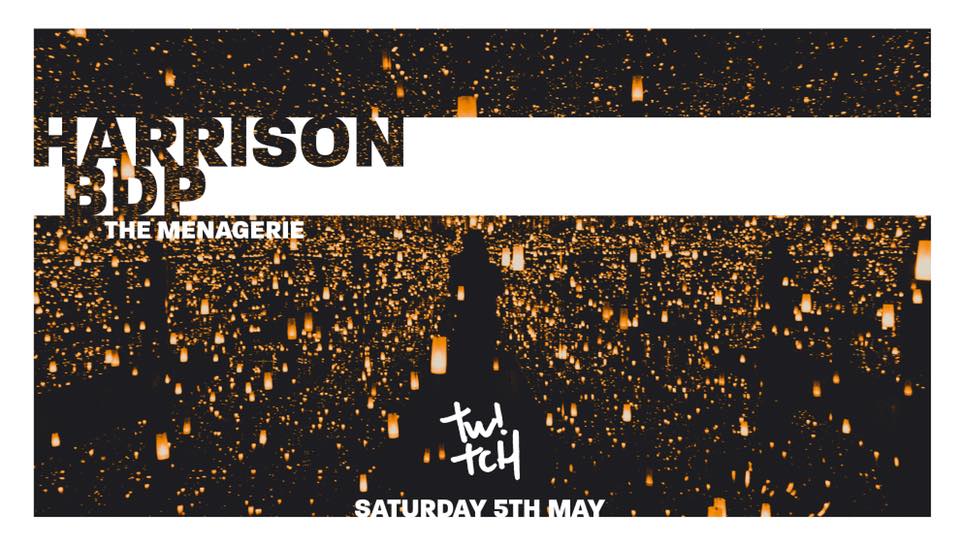 If you can’t make it to Harrison BDP’s debut in Dublin on Friday, he’s doing another night in Belfast on Saturday along with Twitch Belfast as his Belfast Debut. Harrison BDP is part of the current wave of lo-fi producers, gaining popularity and attention from YouTube channels such as Slav.

Dutch producer and DJ Ferry Corsten headlines 39/40 this Saturday along with Nick Callaghan, James Cottle, Alex Ryan and John & Lee on support. He’s best known for producing several well known trance tracks in the 90s under different aliases. In recent years, however, Corsten has shifted to a more open style playing anything from house to techno and melodic trance.

Soma Label, a pioneering UK electronic label which has released some of the most recognisable house tunes started in 1991 and has a rich history of acclaimed artists including Daft Punk. They’re coming back to Dublin to showcase label bosses Slam and one of their more recent signees Rebekah, who released her debut album on the label last year.

Pyg are welcoming back Fort Romeau and Lauer back to Pyg Sundays for a genuine Chicago house vibe. With Fort Romeau being part of the ‘Tuff City Kids’ alias, famous for Italo-inspired house and with Lauer being picked up by the high quality label Ghostly, it’s set to be a special show. 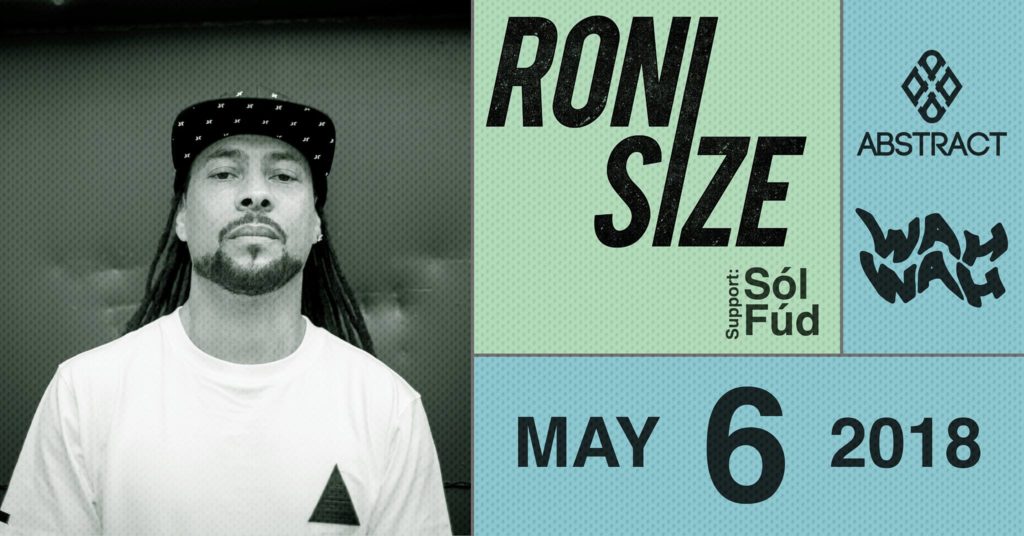 Roni Size was heavily influenced by the music and sound systems of his hometown Bristol, where acid house and rave was sweeping the nation. By the 90s rave was splintering different ways with acceleration and emphasised bass, creating a  drum ’n ’bass, jungle style that Roni is still influenced by today. 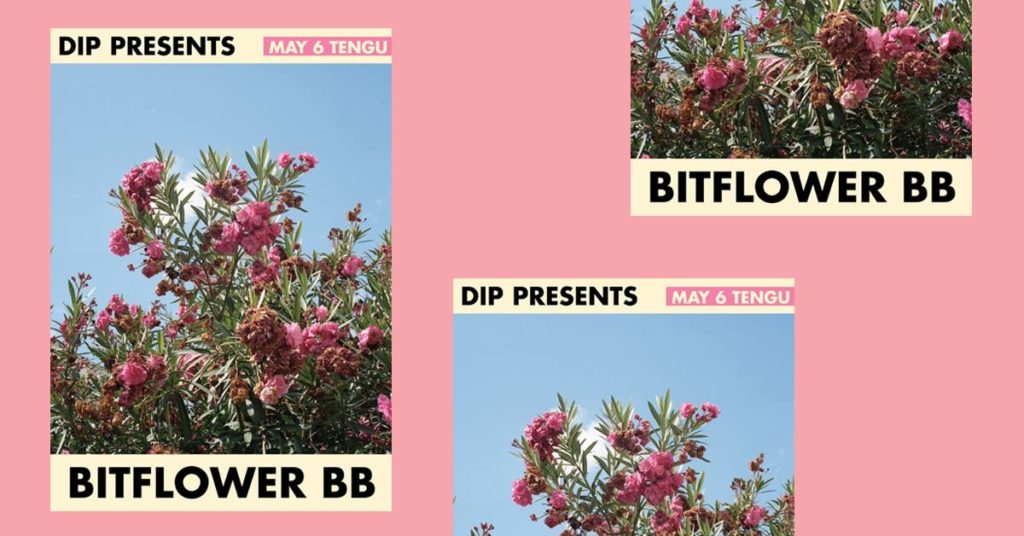 Dip present more from their series of gigs with local and upcoming talent. With this edition they welcome DJ, producer and sound artist Bitflower BB to take over Tengu for the night with her haunting and emotional yet energetic ethereal electronic music and vocals. Support on the night comes from the dip collective DJs. 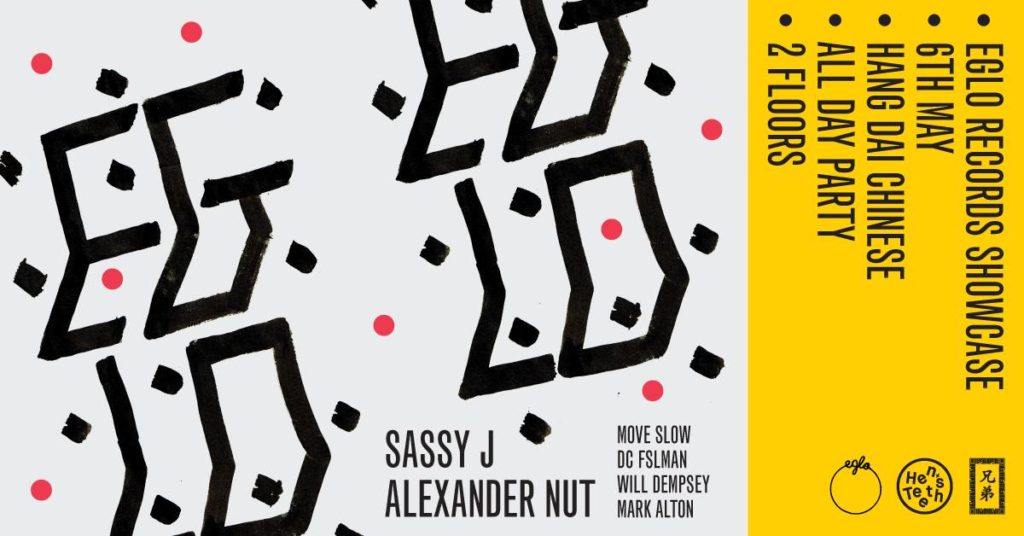 Hang Dai and This Greedy Pig present the first of their label focus series with an all day party across two floors. Sassy J and Alexander Nut will be the main acts of the night keeping a focus on the forward thinking and electronic and analog sounds that has allowed them to play to some of the finest dance floors around the globe.