The unfortunate news that Dublin city centre based club Hangar is set to close its doors is pretty much common knowledge by now. This is due to the property  being bought with a plan to knock the building in which Hangar is housed and construct a hotel on the site.

Previously named St. Andrew’s Lane Theatre, the warehouse type space has hosted some of the biggest artists in the world, including Adam Beyer, Chris Liebing, Matador, Ejeca, Dimitri From Paris and even Mike Skinner of The Streets (who is set to return next week) playing there in the last few years alone.

Hangar yesterday launched an event titled ‘Hangar’s Last Ever NYE Blowout‘ with a description as follows:

“Here it is, the biggest night of the year, the highlight of our calendars and always an unforgettable party; New Years Eve. It’s a bittersweet feeling to announce that this will be the very last NYE celebration in Andrew’s Lane so that means that we’re going to go all out and put on the very best party the four walls of Hangar have ever seen.

24 of the countries best and brightest DJs will play across both rooms in what will be a celebration for the ages. Expect quality techno, house and disco from 7 collectives and a countdown unlike any other in the city. We’re not talking Champagne glasses and Auld Lang Syne; we’re talking Balloon Drops, Face-Melting Visuals, Strobe-lights and nothing but anthems and bangers all night long.

The night will host some of the DJs who are regularly play in the venue, including Techno & Cans residents, up-and-coming house artist Kettama, Kark Guest, George Feeley, as well as collectives like Doubleu, Tea Party, Stoop, Codework, Inbhir and Groovement.

We’re sure that Hangar will make the absolute most of what is has left in future months and look forward to seeing what they have in store to give the club a proper sending off. 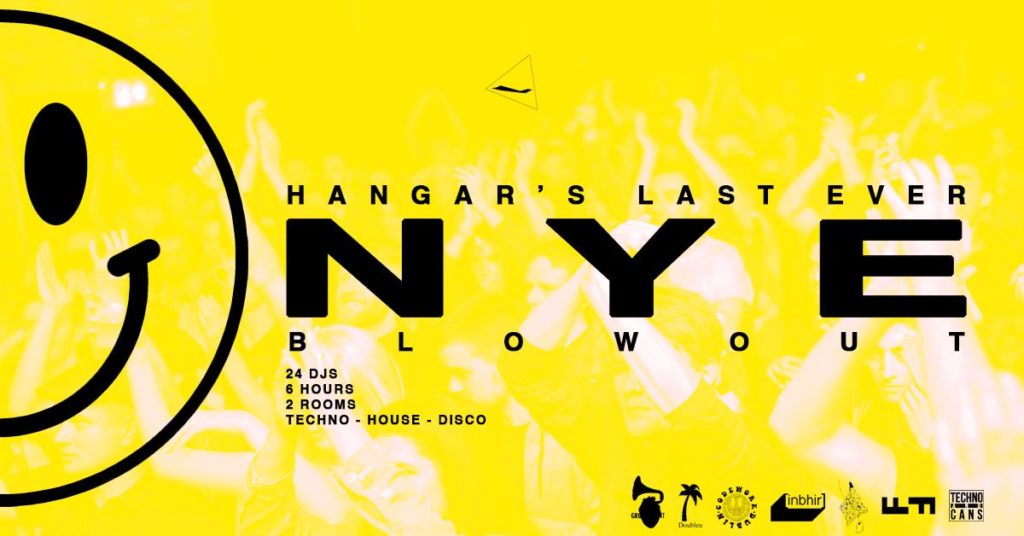