Marcus O’ Laoire has had an absolutely huge year with sets at festivals and club nights around the country. On top of that, he’s locked down plenty of Dublin residencies and now, he’s just announced he’ll be playing all night long at District 8 this October 27. Residencies aren’t anything new to Marcus as a Hangar resident veteran alongside residencies with The Academy and more. Hijinks at Tramline and Ludus at Opium Club are where you’ll find him most weeks and he’s fresh off supporting dance music legend Sonny Fodera in September. 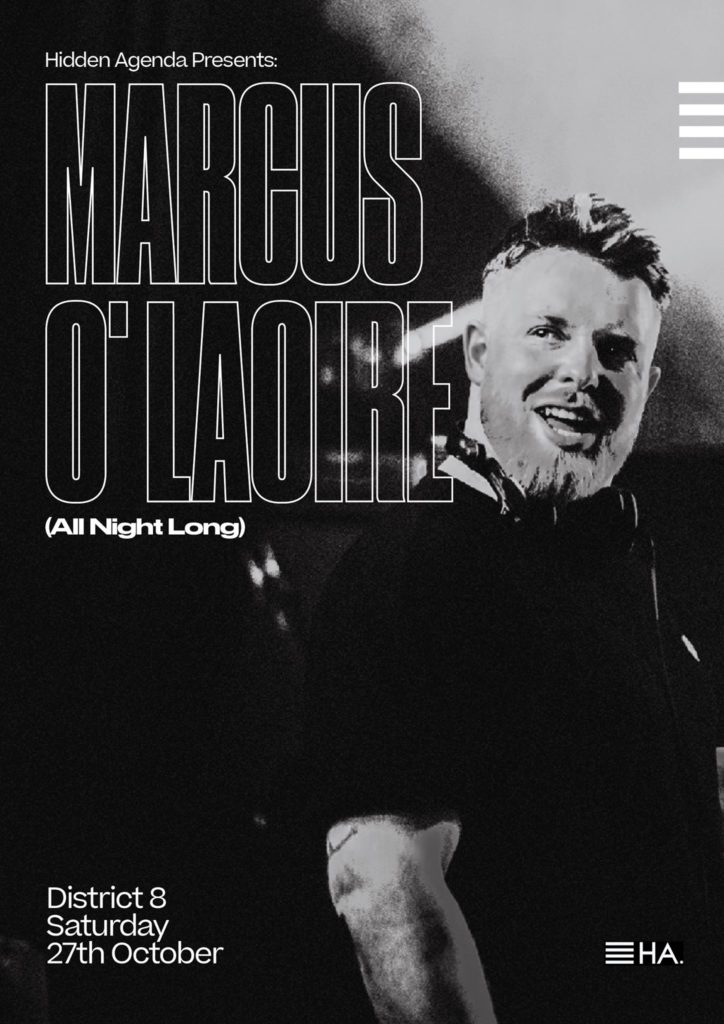 Hosted by Hidden Agenda, Marcus will play for five hours at the Francis Street venue where you can expect plenty of house, disco and everything in between.

Find out more about the event here.