Berlin festival Melt has long been one of the go to destinations in the summertime for European fans of electronic music. After teasing a number of headliners, they just dropped their entire roster, which features a brilliant cast of DJs and producers, along with some of the biggest names in hip hop and music in general.

With previously announced headliners such as Tyler, The Creator, The Internet, Florence and the Machine and BadBadNotGood, they’re joined by an extended cast of Mura Masa, Little Dragon and Mount Kimbie.

In terms of the electronic music, the German festival has managed to cover a huge number of genres and big names, placing Ben Klock, Nina Kravis, Modselektor, Jon Hopkins, DJ Seinfeld, Fatima Yamaha, George Fitzgerald all on the lineup across the three days. Check out the full list below. 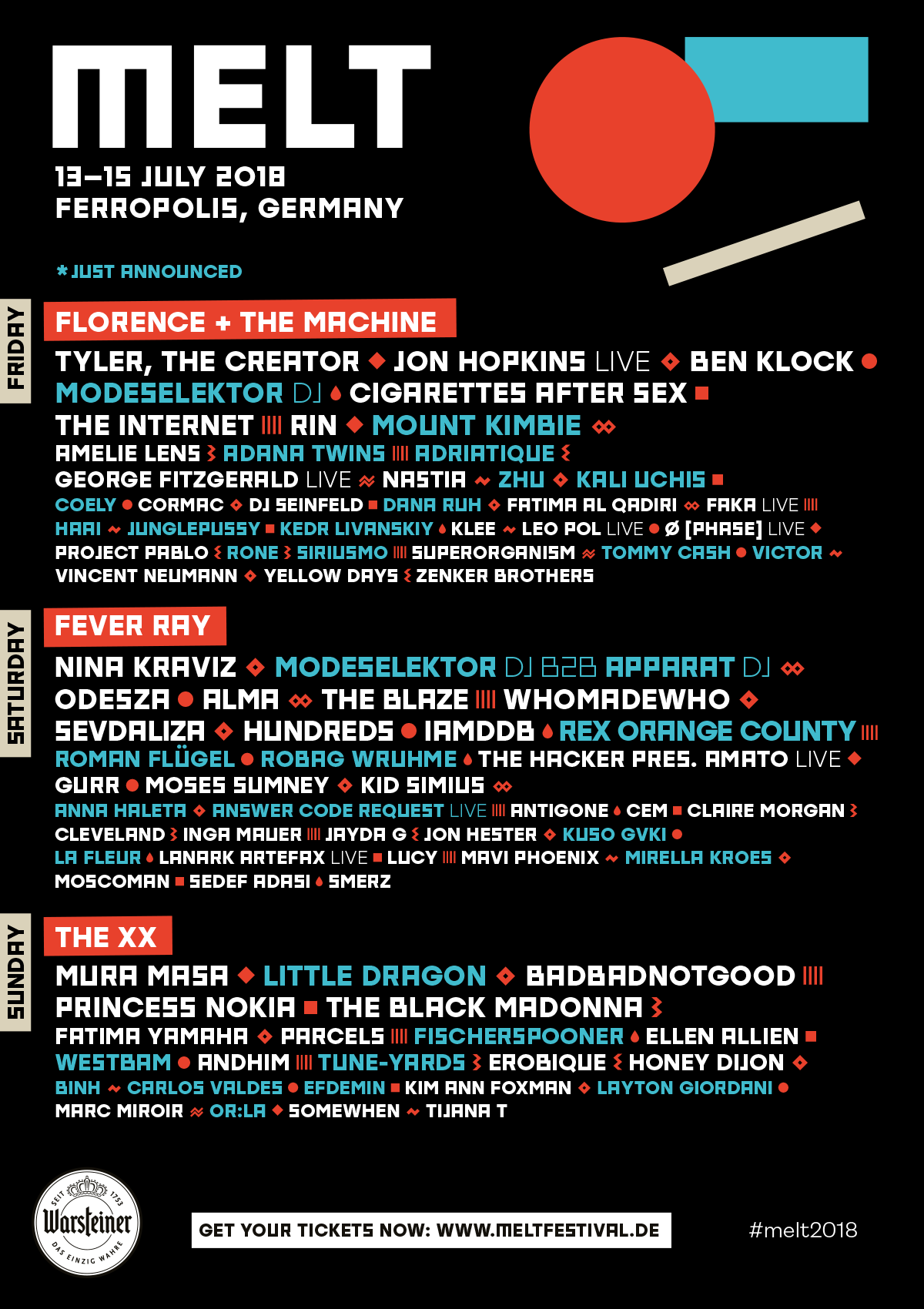 A weekend ticket comes in at €140, which is an unbeatable price given the stature of all the acts across all genres.