Photon is returning to Printworks

One of the shows that earned the iconic London venue its stellar reputation is back once again.
Ben Klock’s Photon show returns to the former printing press on April 1st which is an Easter bank holiday weekend. 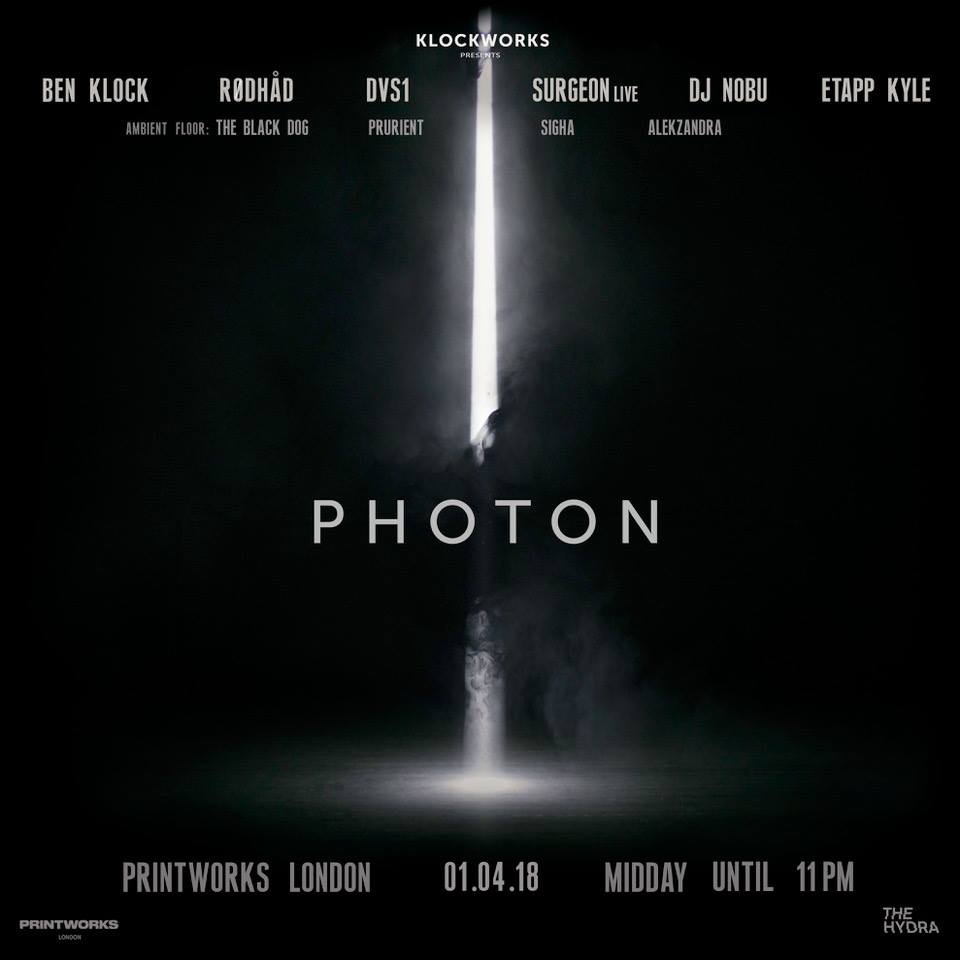 The lineup, which is curated by both the Hydra and Klockworks, sees minimal techno giants DVS1, Ben Klock and Etapp Kyle joined by Surgeon, DJ Nobu and of course Rodhad. Plenty of those mentioned released on the massive Klockworks 20 compilation, which featured tracks from Dax J and the late Trevino to name but a few.

This comes in the wake of news that events in the venue will now be looked after by brand new promoters after the initial group, LWE, announced they’d be departing the warehouse before the start of the new year.

Photon has earned an incredible reputation both for the quality of the music, and its ground breaking visuals, which Ben Klock debuted in the London venue when it opened last year.

The event begins at midday and runs until 11pm that night, with more acts to be announced. Tickets can be purchased right here.