Since October of this year, Galway club Electric Garden & Theatre had to close the doors to its garden; one of the city’s most popular spaces. A licensing issue, which you can read in full here, resulted in the garden being forced to close, leaving the club with two only two rooms to operate in; its main floor and the factory.

This week will see the garden reopen, just in time as college students finish their Christmas exams and in time for one of the busiest times in the Galway calendar. 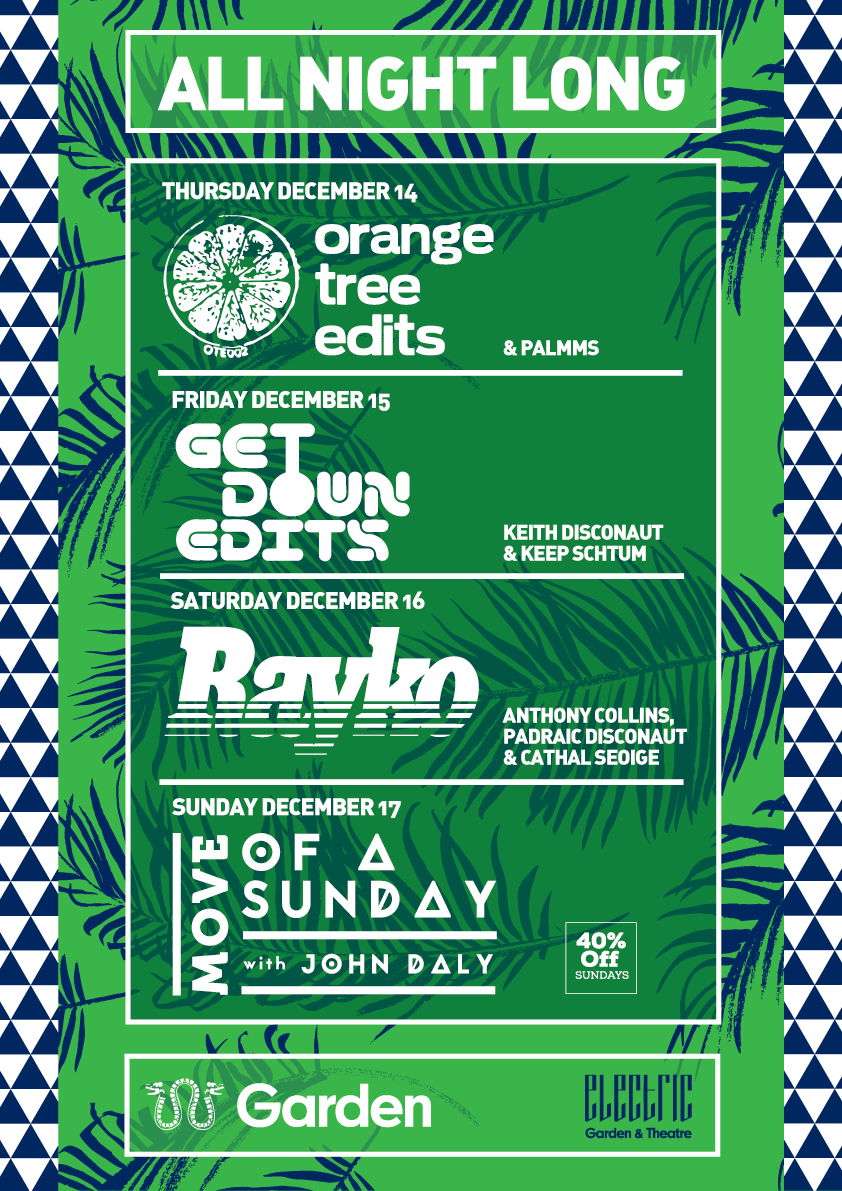 The festive period will also see Electric host Palms Trax on the 28th of this month as part of the Shivers promotion, which also has its own Dublin Digital Radio show.