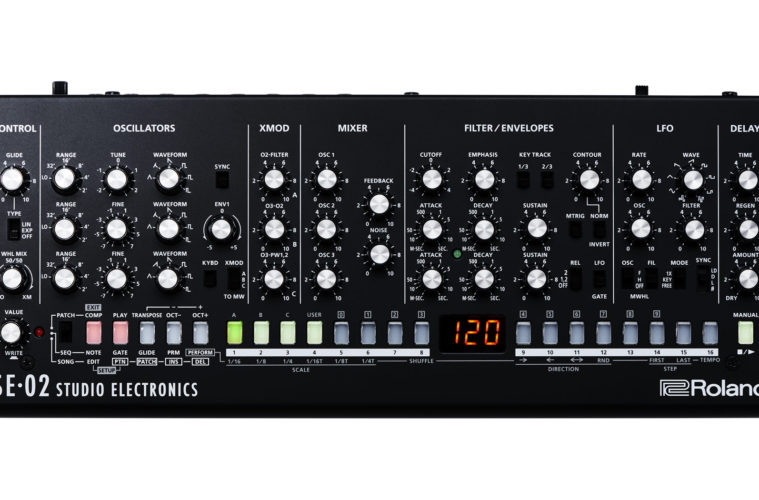 Last night Roland announced their latest piece of equipment as part of their Boutique series called the SE-02.

So far in the ’boutique’ range we’ve seen updated versions of the TR-909, TB-303, Juno 106, Jupiter 8 and more. This new SE-02 is the first piece of kit in this series to have an analogue signal path. It was designed as a collaboration project with Studio Electronics, the American company’s co-founder Tim Caswell said it was “a dream come true”.

This new SE-02 monophonic synth comes with three oscillators and a 24 db low-pass ladder filter. All three of the oscillator’s can generate six waveforms, they have also been ‘temperature stabalised’ meaning they won’t drift out of tune.

The SE-02 also comes with a 16-step sequencer which also gate time and glide to be sequenced, it also allows up to 128 patterns to be saved into 16 songs. CV, VCF and gate inputs are on the back of the SE-02 alongside a trigger in / out, MIDI, USB-MIDI and USB-audio. External audio can run through the filter and multiple units can be chained together into a poly synth.