Shlømo tells us about track IDs, CONCRETE and meeting other DJs on tour

We’ve often associated the more muted tones of techno with the institution of a city that is Berlin. While France is by no means an underdog when it comes to electronic music, the type of techno we’re used to hearing from France is most definitely more I Hate Models than Rødhåd. With that being said, the French have played host to a whole host of the innovators across house and techno over the years with a list that includes Daft Punk, Justice, Busy P & all the Ed Banger affiliates, Laurent Garnier, Vitalic, Jean Michelle Jarre and many more.

To put it simply, the French are no pushovers when it comes to electronic music. One of the most sacred institutions when it comes to electronic music in Europe is the Parisian super club CONCRETE, which brings us on to Shlømo. The Taapion boss has become one of the top names in the genre through his seemingly endless catalogue of music, and of course his residency in the Parisian venue that has played host to some of the biggest names techno is likely to ever see. It’s within this club environment that his sound was born, more akin to the Berghain and Tresor environments surrounding his German counterparts than the warehouses that have hosted his fellow countrymen.

With that being said, the rave sounds currently emanating from France right now are definitely rejuvenating the techno world at large, something he too believes CONCRETE has had a hand in shaping.

“We have to admit that CONCRETE was part of the rise of the new techno scene in Paris over the past few years. It was one of the main protagonists of the new techno generation. It’s always a pleasure to be part of it! I’m a resident there now for two years and it’s a big family and I’ve met really good people there. There are other artists there that I am really good friends with and each time I play there is family time for me! It’s good to be back there, it feels like home.”

Said young crop are most definitely making headway on the global scene, with Rinse FM recently allowing the CONCRETE residents to do a full day takeover of the iconic station. With all the attention focusing solely on Paris and France, the Taapion boss is quick to point out that the growth in techno artists isn’t exclusive to France, that the movement’s main catalyst lies online rather than in any one club.

“I don’t think the focus is just on France right now. It’s a European and a world thing. It’s a new golden age of techno. The internet, social media and all the music groups you find on Facebook. There is a real movement. Over the past three years I’ve seen a lot of young producers.

In France there are loads! I Hate Models, who just appeared a year ago and now he’s really a main part of the techno scene.”

After somewhat generously spending half of the conversation giving an overview of the clubs he plays in, his fellow countrymen and everything surrounding him, Shlømo finally gets a brief interval to talk about himself and his own exploits, namely his label Taapion which is steadily growing thanks to support from the HATE YouTube channel among other things.

“We have a lot more tools to grow it. We just have to know how to use them properly. There are a lot of YouTube channels that help us as well as Facebook groups. Nowadays if there’s a video of a DJ playing a certain track it will get posted online and people will look for the track ID. I remember that happened with Mixtion by UVB and when that came out the hype around it was crazy. Nobody knew where it came from but everyone was playing it. You can have massive success with a track or an EP on your label just from certain DJs or artists playing it.”

The thought of the label reaching the heights of the likes of Soma or Perc Trax definitely excites the Parisian, he isn’t quite sure if that type of legendary status would apply to something much more personal to him and his label mates, AWB and PVNV.

“I’m not looking for it to be as big as Soma [Laughs]. I’m going to be releasing on Soma this year though! It’s one of the best labels in techno.
I’m not looking for it to be as big as that as I want to release things I like on it. With Taapion, we also release some ambient music. I’m not doing that for money or anything.
I’m launching a new label myself, it’s going to be more dedicated to club music. It’s going to be exactly what I’m playing in the club right now. Taapion is more of a music label and there are three of us behind it; AWB and PVNV. I just want something to release what I’m playing out right now too.” 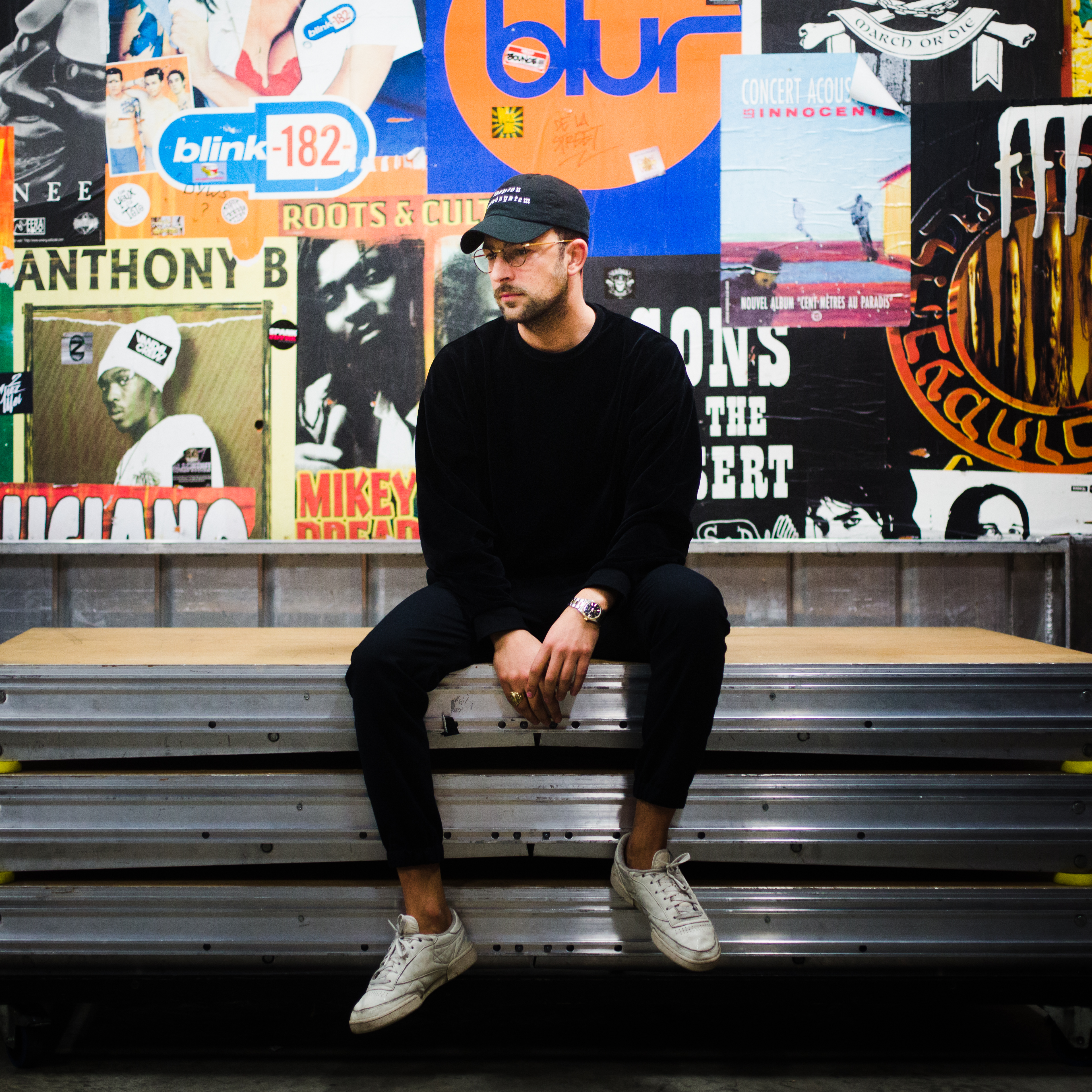 What he’s playing definitely aligns with some of the more traditional aspects of techno that we’ve come to expect from artists that push the faceless brand of music that has nothing more behind it than the kick drums and hi hats you hear from the speakers. Rather than solely let his music do the talking, the DJ is quick to utilise his own social media accounts to convey his personality to those who want to get to know him that bit more.
His knack for bumping into DJs on the road is second to none, prompting a request for him to choose who the best company is when he’s out and about on tour.

“Ahhh! I’d love to be on tour with everyone because we’re all friends but I have to admit that I’d have to pick my partner in crime AWB. It’s always a big mess for promoters when we’re booked together because we’re making jokes. With Instagram, there’s always an opportunity to show Shaun, not just Shlømo and it’s good to share some jokes and show what it’s like on tour.”

With the fun and games taken into account, we’ve seen and heard numerous DJs speaking out about the trials and tribulations of their schedules, with Avicii’s recent death somewhat proving their complaints right, with Shlømo echoing that sentiment.

“I’m not complaining because this a really great job but to be on the road and travelling a lot can be really hard for family life. The most difficult part is having a healthy rhythm.

I try to be healthy during the week because I know when the weekend comes I’ll have a hard time sleeping over the three days and it’ll completely fuck up my routine. It’s not that hard when you put boundaries around it though and plan ahead.”

With a schedule that only seems to be getting bigger as the months go by, Shlømo’s place in techno is slowly etching itself out as one of the most respected, with his upcoming releases and label only serving to amplify it even further in the coming months, hopefully by then there’ll be a healthier way to spread his sound worldwide.

Techno & Cans and Research are bringing the Taapion frontman to Hangar this weekend, you can join their event here.