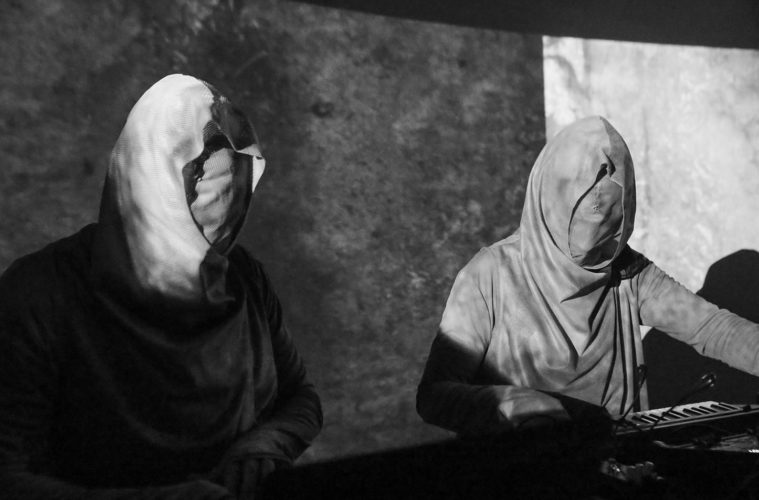 SHXCXCHCXSH have just been announced for their return to Ireland with Techno & Cans in Dublin’s Hangar.

The mysterious masked duo SHXCXCHCXSH made their Irish debut with Dublin brand Techno & Cans back in last November in Hangar. Hailing from Sweden, this duo has created a strong cult following after releases on labels such as Shifted’s Avian, Barcelona based label Subsist Records and their own new imprint called ‘Rosten’.

Shifted’s interest in the duo sparked online rumours that they may be Shifted and Sigha, who often perform together, undercover as a new project. Contrary to our wishes that it is, Shifted has denied these rumours to the ground, but who knows.

The two guys are known for their post-rave-esque style of ambient techno, a very distinctive and lovable sound. Their unknown identities add to the music they make. Two faceless demons stood on stage, producing an audible representation to openings of Hell’s gates, something all true techno lovers need to experience.

Support on the night comes from ELLLL and Techno & Cans DJs, for tickets and more information check out the Facebook event here.

We’ll put a word in for an interview but knowing these guys they’ll reply back in code.