Tim Sweeney, the man behind an 18 year college radio show

Beats in Space radio is one of those things that seems like it has existed forever.

Forever doesn’t usually mean 18 years, but in the case of a non-profit college radio station, 18 years is the closest to forever you’re likely to get.

The brain behind the institution is of course the legend Tim Sweeney, a New York native that we’ve all come to know via both the radio station and his busy touring schedule worldwide which has seen him touch down in the Boiler Room on five separate occasions, one of which was a dedicated night to his show’s 15 year anniversary. He has also successfully dived into the world of production, most recently collaborating with Lauer for the T&P release that came on FEEL MY BICEP last year.

Overall, Tim Sweeney is as close to a legend as it comes, especially when it comes to electronic music in the States, in particular in New York, where the music’s development has been crippled by gentrification and artists moving to Europe in order to get more bookings there.

New York has enjoyed a new lease of life thanks to emerging artists such as Baltra really putting the city on their back, so much so that he was featured in the latest New York City in the brand new Elsewhere venue, but there is still a lot to be done in order for the Big Apple to return to the prominent status it once held. Tim has done his utmost to keep the city breathing, by hosting some of Europe’s best as well as the city’s on his show, which has one of the loyalest followings any show worldwide is likely to ever see.

“When I started it off in 1999, I was 18 years old. I had no real expectations for it. I was at the university and I wanted to DJ and do my own show. That was really the only thing I was thinking of at the time, I wanted to do a fun radio show.”

The show boasts a host of international guests that rival even Boiler Room’s prestigious cast of alumni, with that being said, a show without a guest still leaves us with Tim Sweeney; one of the best selectors we’ll ever see.

“It was just me at the start all of the time. When it came to getting guests, it was a real snowball effect; when you get one guest it becomes easier to get another guest, they’ll tell their friends and that’s how that picked up in terms of getting guests. Now I have so many guests that it has kind of kicked me off the show!

“I’m thinking about how I can still play on the radio and still have the guests. For a long time my thinking was one guest a week and me, that’d be the ideal situation. It ends up that people are coming into town and they’re not here all the time and if it works for whoever else is playing too. I don’t want it to be too jarring between each mix, so if I see that then I’ll play another time. Right now every week is booked until June with guests!

“It used to be that I’d have a month ahead planned, maybe two, but for the past few years it has been sixth months ahead and everything is booked. It’s crazy now.”

Detroit Swindle, Bicep, Denis Sulta, Ben UFO, RØDHÅD and loads more have all recently been featured on BIS as guests. The influx of European artists to the States is definitely an indicator of electronic music’s worldwide popularity.

“[BIS] definitely shows who’s coming through New York. The club scene is coming back, it was huge in the 90s and then it went down in the 2000s and it’s coming back now again. There are lots of clubs opening and a lot more competition between them. There are more tours coming over from Europe and the clubs want to book European guests to attract the crowds out.
When someone finds out that they’re being booked in New York, they write to me and ask if it’s possible to come on the show.

“I think that gentrification is affecting Dublin and London the same as it does in New York. Say a place like Output, that starts out in Williamsburg; an area where there used to be nothing. Now it’s surrounding by huge hotels and million dollar condos. People move in and pay a lot of money and they want quieter surroundings, even though they moved in because of those sort of places. That happens pretty quickly in New York.

“When I started the radio show in 1999 things were still very much so in the East Village and then the Lower East Side; very much Manhattan. Everything moved to Brooklyn then. Nothing happens club-wise in Manhattan, everything’s in Brooklyn. Now it’s being moved from Williamsburg, which is on the river, and being pushed out towards Brooklyn where there’s less people.”

The latest Boiler Room showcase there featured NYC DJs such as Baltra, Working Women and See Other. An increased amount of global events showcasing both New York talent and New York itself would definitely put the city in the same vain as legendary US cities like Detroit and Chicago.

“I would love to see more of that happening. Things like those Boiler Room parties definitely help people’s profiles going over to Europe. It’s difficult for people over here to break into the European market. There are definitely the classic names that will always be able to tour in Europe from Chicago, Detroit and New York but with the newer acts it is more difficult breaking through without moving to Europe.” 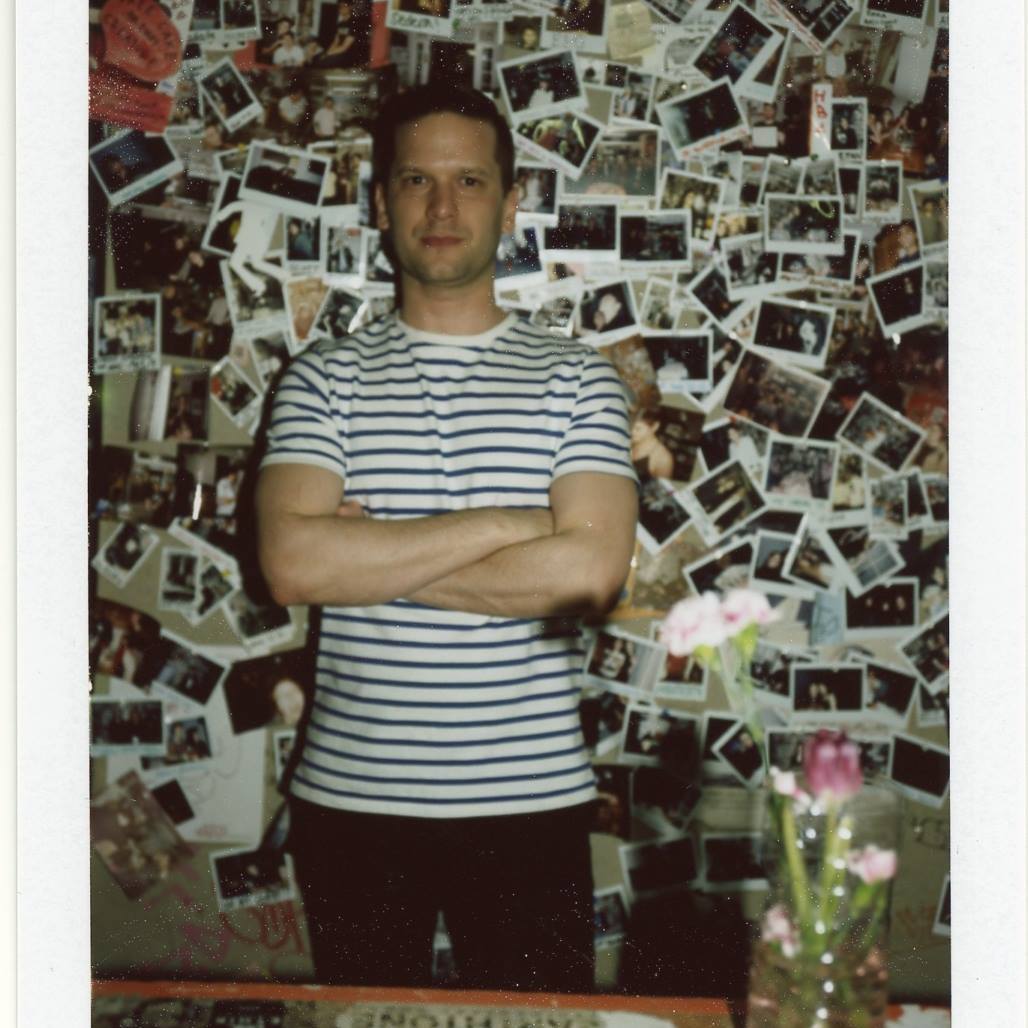 Being the mammoth institution it is, Beats in Space garners plenty of attention within the city too, which obviously leads to the difficult conundrum of picking international acts over local ones to appear on the show. Tim’s platform could help the careers of many NYC natives, but you can’t turn down Peggy Gou, Bicep and Joy Orbison in saying that either.

“It is on my mind not to forget about the people here in New York. I can’t have everyone on the show. I do put a barrier up, usually I would like that person to have a party going on that’s relevant or producing music within context, rather than inviting them just because they’re from New York. It is on my mind and I want to help as much as I can. I had Veronika Vasicka on recently and she’s a New York native and it was great to have her on.”

Tim’s own career as a DJ sits in a weird spot in relation to his radio show. On the one hand he has an unwritten responsibility to showcase the world’s best electronic music acts to his fans, but on the other, he has to expand on his own sound and make sure that he remains relevant enough to continue to be booked in order to earn a living.

“I wouldn’t say I feel selfish if I do the radio show because it is mine and I started it doing it on my own, the guests were the icing on top. I know that now people are expecting the guests.

“For me, every time I do a mix, I want it to be up to par with those that come on the show and I have to think about that too. If I’m doing the whole show on my own every week for a month, that’s a difficult thing to do. I also don’t want to cut myself out. I need to get DJ gigs!

“I don’t get paid doing the radio show. I’ve been doing this every week for 18 years, it’s a college station, not a commercial one. My job is touring and DJing so if I do cut myself out and end up not playing, then the radio show ends up coming to and end. There’s a fine balance.”

DJing is something that we’re all well aware Tim is most than adept at, but his production is almost more impressive, being one of the biggest releases on FEEL MY BICEP last year with his track ‘Hail Falls’ that he made with German producer Lauer.

“I remember the Bicep guys coming to New York really early on when they did their first things with Throne of Blood. They were just hanging out here and that’s when I first met them.

“I started working on music with this German producer called Lauer and I would go over to his studio in Frankfurt and stay a few days and we’d work on music. I first put out a record on my label, Beats in Space records, of us working together as T&P. We had a bunch more music that we did and I gave it to the Bicep guys because I thought they’d like it. They were psyched on it and it fit well. I really liked what Hammer did with that record too.”

Every artist that makes their way onto the NYU station always brings their best, which has given Beats in Space the underground following that has seen it grow over time. The atmosphere as soon as the red ‘record’ light flicks on is something totally unique to the show and it seems as if only Tim knows why exactly artists bring their best alternate cuts to station on a weekly basis.

“I just recorded Seth Troxler and Craig Richards and their mix really emphasises that. People know they’re on the radio, they’ve seen that all the acts that I’ve had on and how broad they are so they know that the listeners can handle more than one thing. That lets them feel a little more free, more open to do what they want. Plus you’re on the radio so you don’t have a crowd in front of you.

“It’s a little bit harder to play it the same as in a club because you don’t have that crowd. I don’t push it with people to do it a certain way. I tell people to do whatever they want. Seth Troxler was actually asking me ‘What do you think the percentage is of people that come on and play their normal club set to a different kind of radio thing’?’ I did have to think about that.

“I was trying to think about that percentage; it does happen a lot that people do something different to what they usually do.”