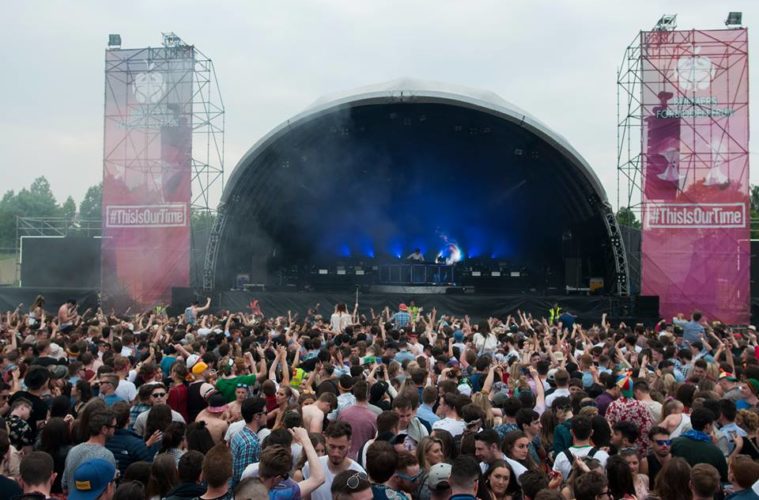 As we seen from Life Festival, Higher Vision, BD Festival and many more, Irish Festivals are built around the strong local catalogue we have. Between the superstars like Aphex Twin and Moderat we saw our locals fit in perfectly.

Hidden Flux have been known for their party style DJ sets and this is exactly what they brought on the weekend. Taking over The Outcider tent on Saturday the lads stepped up to the plate for the second year in a row.

Seany B took to the Someplace Else stage on Sunday evening to deliver a glistening disco set perfectly teeing the crowd up for their closing hour.

Delivering their usual outstanding melodic techno sets, Eve opened The Outcider tent on Sunday before acts like KiNK, Moderat and Maceo Plex. Check out their live stream below to relive their set.

The two lads opened the Someplace Else stage on Monday to help close out the festival after a brilliant weekend. Proper disco vibes from these guys!

Jack took The Lighthouse stage on Sunday for an hour and half before handing over the headphones to Peggy Gou. Delivering a brilliant house set, Jack got the stage ready for the likes of Motor City Drum Ensemble and Denis Sulta perfectly.

Off the back of a great set down at Life Festival Rob & Timmy delivered another hour of soulful house and disco on Saturday at the Disco Dodgems. These lads really don’t disappoint.

Fionn and Nevan teamed up to open The Someplace Else stage on Sunday after throwing great parties in the likes of Tengu. There’s been quite some hype about these guys and they certainly backed it up.

After a great set before Goldie at Life Festival, Johnny completely switched it up to deliver one of the bets house sets of the weekend displaying his diverse DJ skills.

Clashing with the likes of Aphex Twin, Motor City Drum Ensemble and Maceo Plex usually isn’t the best news for a DJ but Paddy still delivered one of the best sets of the weekend, packing out the Bulmers Live Stage with a mixture of House, Disco and Hip Hop.

Coming off the back of probably the biggest set of his life, AVA’s Boiler Room, DJ Deece stepped up to open The Mainstage on the Sunday. After that weekend alone we can surely see why Deece deserves top spot on this list.