It’s only 18 days to to HIgher Vision, so we thought we’d share a little info and excitement about the techno you’re set to see in Navan.

Below are our 6 techno acts you can’t miss this year festival. Higher Vision this year has put together one of the most outstanding techno lineups for their third year of running this year. A collection of present and future techno legends will bring a memorable edition of Higher Vision.

Jeff Mills.
Jeff Mills, an undisputed heavyweight of the world techno scene returns to Ireland for an unmissable sunset set at Higher Vision. His last visit to Ireland in October 2018 seen him grace District 8 for the last time after the venue was closed for apartment space in January of this year. Mills unforgettable 909 sound and unrelenting sets has put him on top of the techno podium and no doubt he will uphold this fantastic reputation to Higher Vision Main Stage this year. This is one set we can not wait to see.

Dave Clarke.
Known as The Baron of Techno, Dave Clarke has a strong connection with Ireland after a list of sell out shows around the country for more than 20 years and his popular White Noise Podcast that found its home on RTÉ 2FM for a long time. Dave Clarke hosts his own stage at Higher Vision this year selecting such artists as Surgeon, Karenn and Tommy Holohan (and more to be announced) while Dave Clarke himself closes out the stage. Don’t miss out on the Dave Clarke Presents stage throughout the day.

Sunil Sharpe.
The local techno legend will deliver one of his energetic sets to Navan Racecourse at the end of this month. Not only is he an influential figure in the music scene because of his talents, but recently Sunil alongside R. Kitt has reignited the Give Us The Night campaign to reconnect Dublin and Ireland with its growing underground music scene after the closure of clubs such as District 8 and Hangar to make room for commercial spaces. Catch Sunil Sharpe on the Higher Vision Main Stage just before the iconic sunset set.

Tommy Holohan.
The young genius has made consistent steps to making his way to the top of the electronic music scene in Ireland and Europe. His recent Life Festival set was one to remember as he packed out the District 8 stage and provided listeners with a ghetto techno infused set that could not have been more perfectly selected. Tommy gets his first shot at a well deserved Boiler Room slot along with a second set on the Dave Clarke Presents stage. This is definitely one that will be talked about for a long time to come.

Karenn.
Two UK techno, big timers, Blawan and Pariah create the duo that is Karen. Hugely successful as individual artists, their talent merged together does not disappoint. An impressive three Boiler Rooms to date, there are plenty ways to brush up on their remarkable live sets to get the mood right for their first return to Ireland since 2015. They bring their live show to Navan this June adding to the already star studded lineup, catch them on the Dave Clarke Presents stage

Cailín.
An underrated gem in Ireland in recent years, Cailín has finally begun to change this as her profound taste in techno is reaching the ears of everyone around Ireland and further afield. A fitting addition to the Waterford born DJ and producer’s busy year is her Boiler Room debut at Higher Vision this year. Fitting perfectly in before Tommy Holohan, Cailín will undoubtedly bring the pace and energy to show everyone why she is Ireland’s next top artist.

You can pick up festival tickets here, plus join the festival event page here. 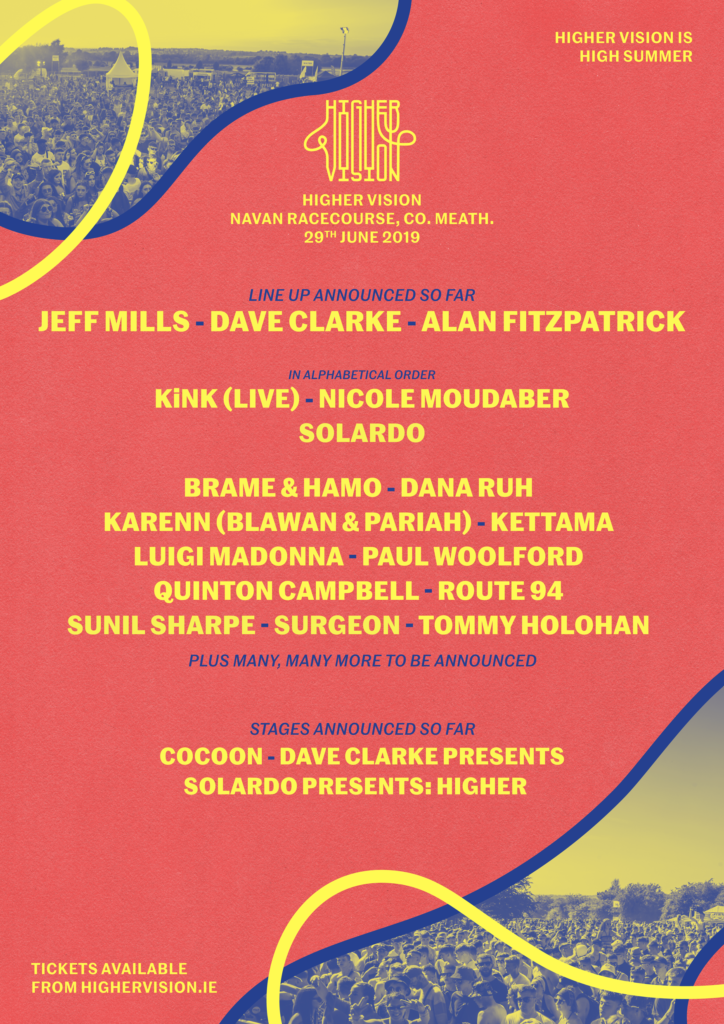 Also at this year’s festival, Boiler Room are set to make their Republic of Ireland debut which is certainly not to be missed. 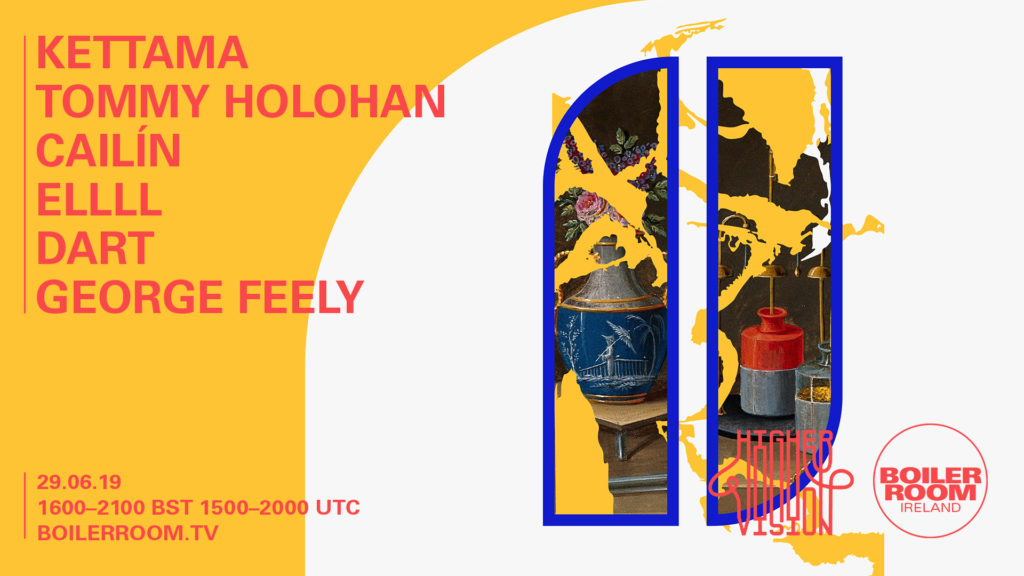