What seemed like a perfect location, unfortunately, will be no more…

Beatyard festival have announced that unfortunately their time in Dun Laoghaire would be coming to an end after 5 excellent years by the the seaside.

The festival also asked for help or recommendations as to where their 2020 festival could take place? Does anyone have a spare mooring next to their yacht the Bodytonic crew could borrow?

Beatyard has this to say just now…

“Some bad news from us regarding Dun Laoghaire Harbour, where we’ve just started at the site build for Beatyard this weekend!

It’s looking very likely this will be our last time here, and that we will be unable to use the Harbour site for the festival next year 2020. We aren’t getting clear answers on ‘next year’ and getting the site and dates confirmed – so we are putting the call out now if you have or know anyone in the area [or beyond] who would be interested in hosting this Beatyard 2020 – get in touch!?! Ideally, we want to keep this festival in Dublin City, but if we’re forced out of Dublin, so be it – we will go where we are welcomed and is viable!

This year is our 5th time doing it in Dun Laoghaire, and its [hopefully] fair to say it’s brought something positive to the area. Our pals at Bingo Loco and MCD have run events here this year, and there is/was a real sense that things were going in a positive direction after it taking us 3-4 years to find our feet. But at the same time we can’t operate here every year on uncertainty, or the idea that other events from abroad will get brought in and we get edged out – not after investing the amount of time and energy into it that we have, and most of us are local to this area too via home, college, or living&working here. That just doesn’t seem fair, so we need to consider & create some options.

So we’re putting an SOS call out for rescue – can anyone help us find a mooring for 2020?

All is not lost, and this weekend will carry on as is. Have a look at the lineup and pick yourself up your festival tickets here. 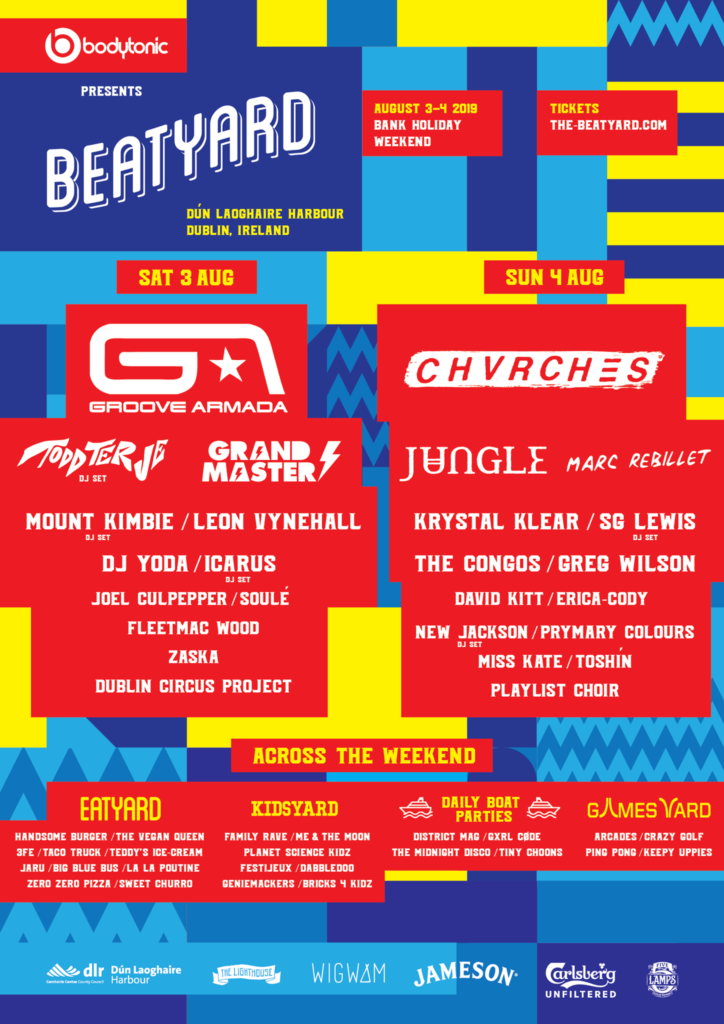