Beatyard sets sail with first line up announcement for 2018

Beatyard, those cheeky pups that have set up camp at Dun Laoghaire Harbour on the August Bank Holiday since 2016 have low key announced an excellent initial line up for their 2018 edition. 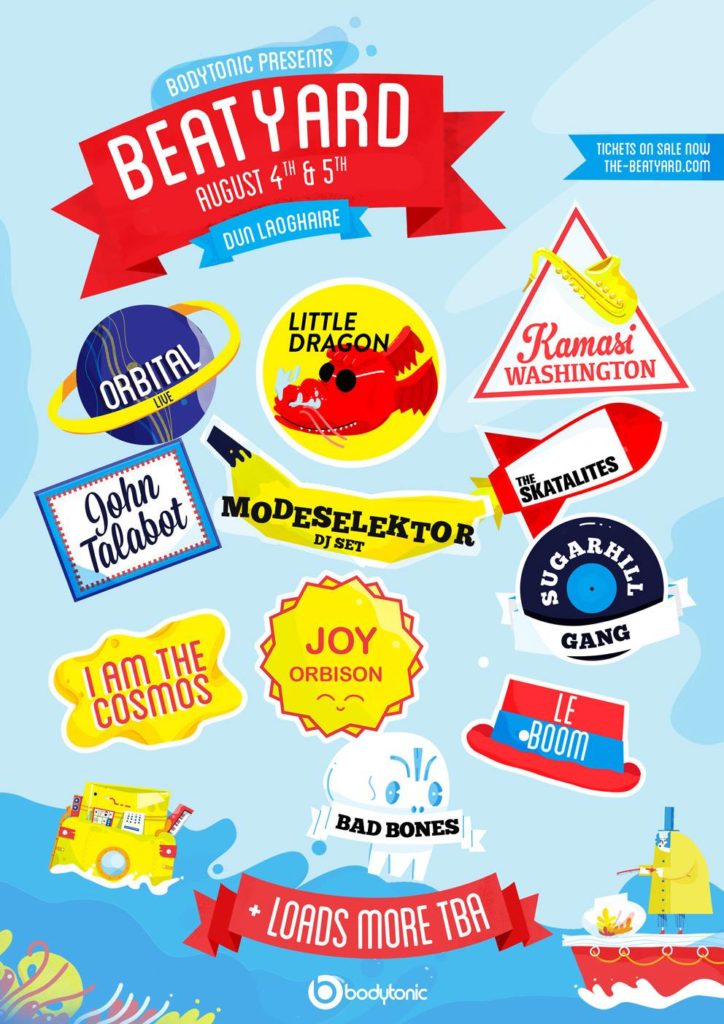 Beatyard have wasted no time in building hype for next years event after a massively successful 2017 event and judging by past years this is just the tip of the iceberg for 2018 festivities.

Beatyard 2018 takes place on August 4th and 5th and amazingly, 2-for-1 tickets are available now from here.