The iconic venue, The Bernard Shaw is closing at the end of October for the final time.

The Bernard Shaw is regrettably closing its doors at the end of October after 13 years of business. The Bernard Shaw is close to many peoples hearts and its sad to see yet again another venue and cultural space gone to commercialism.

Its unfortunate to see such an iconic and well loved venue set to close its doors as commercial spaces continue to take over Dublin, will we see this trend stopping anytime soon? With a Wetherspoons set to open across from The Shaw and now another hotel, we hope there’s a dramatic change soon. 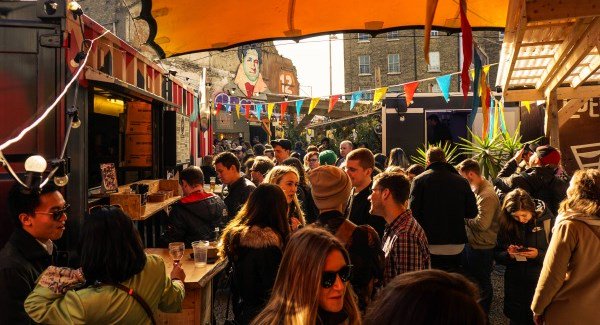 The news broke from The Bernard Shaw team earlier today:

“It’s with heavy hearts that we announce the end of our Bernard Shaw adventure. At the end of October 2019 we will close the Shaw, Eatyard, all organisational, art and performance spaces and everything else in the building and yards – for good. We’ve tried really hard over the last few months to renew the lease, stay on longer, or buy the place. A lot of things didn’t go our way over the last 12 months either, but it’s out of our hands now unfortunately. We’d like to say a huge thank you to everyone who was part of this 13 year adventure. Our landlord, our neighbours & the council were by and large all brilliant and very helpful & supportive. The artists, makers, designers, bands, DJs, promoters, hustlers and lunatics who did their thing at the Shaw – we couldn’t have done it without you. We have had amazing, loyal customers, many who came, and left, and came back again over those 13 years as life got in the way while we were busy making plans and being busy fools. Above all we want to thank our crew. Past and present we have had incredible people work with us. Everything we do is about people…. their ideas, trying things out, making a mess of it, trying again, getting it right, having fun, making memories, and when the party’s over, lets plan another party. But parties weren’t meant to last… Dublin is changing, we can all see and feel it but we are going nowhere & we won’t go down without a fight. We’ll start something else, somewhere else [ plans are afoot ] , and keep fighting the good fight. There are so many young creative, clever, smart people in Dublin & Ireland at the moment – there’s lots to be optimistic about – but they need the spaces to meet each other, make plans, and make them happen! We’ll have more info, lineups, events, wakes, next steps out over the next few days & weeks…. until the end of October we’re open as normal, we’re ready for y’all and we’re gonna party like its….2019! Shaw & Shoddytonic Crew.”