District Magazine are teaming up with the folks from Black Wax Records to put together a get together for Record Store Day this Saturday.

Black Wax is the most recent addition to Dublin’s growing number of record stores so it’s only right that they throw a party featuring some of the city’s best talents for the day that’s in it. 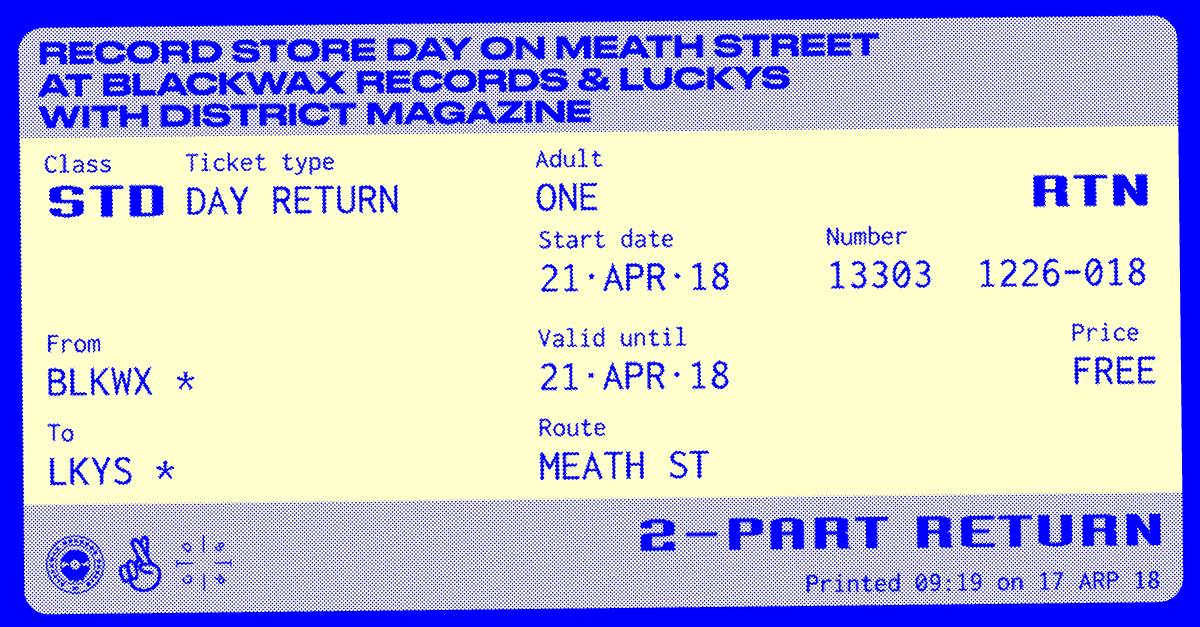 Proceedings will kick off in-store with sets coming from Dublin legend and Black Wax owner Willo Healy, followed by District’s Craig Connolly, with George Feely closing things off within the confines of the Meath Street shop.
Feely has recently returned from a trip to Germany where he launched his new vinyl EP on German imprint Random Mind State after its initial success as a digital drop on English label Re-Play Records.

Things will continue on to Lucky’s where Cóilí Collins will be kicking things off and then passing back to George and Willo who will be representing Black Wax on the day, with an unnamed special guest closing things off for the night.

Entry is free to both venues and you can join the Facebook event here.