Brame & Hamo: “it’s all about having fun at the end of the day”

The Irish duo and known products of Sligo are renowned for their anthemic house bangers, energetic shows and a laid back approach. With a humble rise throughout the last few years, Brame & Hamo have taken on new adventures, one of which moving to Berlin, and releasing several songs that have been received better than they could have imagined. With a return to Dublin’s District 8 in the books, a place they often used to frequent as avid listeners and dancers, we caught up with the duo to see what they’ve been up to recently, what they have in store, and plenty more.

“We believe in taking what you do seriously – making amazing music and playing amazing records – but not taking ourselves too seriously.”

I’m sure this is an exhausted question at this point, and it’s not something that artists should have to justify ever, but did you feel like Ireland could support you as artists? The move to somewhere like Berlin, London, New York is always inevitable and almost a natural stage for Irish artists and artists that come from smaller countries who want to be more than just an act in their own country, but did it come as more of an adventure of new realms or a necessity to your music and careers?

“Ireland’s public have always been supporting us really well in terms of fan support and getting behind us. The super proud nature of our country really gives us a feeling of having our backs covered, and has really motivated us. On a government level, the tax exemption is really great for artists in Ireland. A lot of people might not know, but if you create a piece of art (books, musical compositions, plays, paintings or sculptures) there’s a really big tax exemption if you make money from them. Moving to Berlin was definitely an adventure, we were young and had just moved back to Sligo from going to college in Derry. It wasn’t out of necessity it was purely adventure. Looking back now it was quite a big jump, but a really good decision we made. It’s a massive melting pot in Berlin for electronic music, like most capital cities. It really helped our music mature and we probably grew up a bit too [laughs]. It’s kind of became a necessity because of the infrastructure in the north west of Ireland. It would be difficult for us to live back in Sligo, because it would mean having to travel to the airport in Dublin very frequently for flights to gigs. Our dream is that Knock would start flying to Berlin one day. Fingers crossed.”

“Our dream is that Knock would start flying to Berlin one day. Fingers crossed.”

What is your song titling process? You guys always seem to grab on to some sort of nostalgia for everyone, especially the Irish. It seems like you’s always have a certain demographic or something in mind when writing music and choosing titles and things like that – Club Orange, Roy Keane, Kebab Dreams and so on – do you ever feel like you might be limiting yourself to that demographic or that people won’t understand the intention behind the titles?

“Well title tracks are a funny one, we find it more entertaining to do a spoof name and not take it too seriously. We see it as more of an opportunity to take the piss and let the music speak for itself. It’s also a lot harder to think of cool names than you think [laughs]. Overall we are not really trying to be super cool moody DJ’s, that is not us at all. The creative stuff outside of the producing and DJing (Social media, artwork, track titles) is all light hearted and mostly just us having some fun. We believe in taking what you do seriously – making amazing music and playing amazing records – but not taking ourselves too seriously. We are just happy to making a living from music.”

How do you feel about the current situation back home at the moment, with Hangar gone and with District 8 shortly to bite the dust too at the hands of developers? What have you learned living in Berlin and touring around the world and experiencing different club cultures?

“It is a shame. We just hope there are some other venues that will replace them. It’s been the same in Sligo. There are three clubs that have been closed down. One of which was our first experience of house and techno called the Clarence. We learned very quickly about the silly licensing laws in Ireland when we started doing our event Faint in Sligo. There is an exemption fee you have to pay for any night you want to open until 2:30. Its €440.75 that we pay every single night we do an event. To think how much money it costs for this exemption is crazy and we don’t even own a venue, we’re just renting them. It’s easy to see how people aren’t making enough money to sustain clubs and we are losing them to developers. We actually just went to an exhibition on 90’s Berlin. It was amazing to see how it was after the wall came down. That free spirit, cheap/no rent and a drive to create something. Hopefully there will be a positive coming from the lack of venues, and it gives way to more raves or creative ways to for people to put on events.”

Who would be your favourite budding Irish producer at the moment? Internationally, people are going crazy for Irish artists at the moment. I know there were plenty of amazing acts to come before, but it seems like a select few (including yourselves) have kind of paved the way for the popularity of Irish acts on a more international basis now.

Its class, there are loads of amazing artists putting Ireland on the map at the moment. Tommy Holohan, Cailín, Or:la, KETTAMA, Sally C and Cromby to name a few. Ireland has always been a fantastic place for dance music producers and DJs but with the access people have to social media it’s being promoted and growing at such a massive rate. Also with the ease of access to software to make music we are seeing a lot more people starting to put out music. I like to think Irish people’s light heartedness and humility are a part of everyone doing so well internationally too. Its so great to hear about people travelling to Ireland to come to gigs and festivals and it’s even better knowing that we have a huge amount of local talent that they’re going to be introduced to when they come over.”

What can we expect from Brame & Hamo in the future? You are very good at being humble, saying nothing and then dropping music that excuse the pun, is the ‘sound of the summer’.

“We actually have another EP ready and will have it out the end of October. More club vibes on this one. We have a few big gigs lined up for the rest of the year in the likes of Printworks and Warehouse Project and loads of other gigs we are excited about too. We played for the first time in a lot of cities around Europe this year, and it was nuts to see the reception we were given. 2019 is looking to shape up nicely as well and have conversations about tours further afield too, so things are going really well.”

Give the people what they want to hear – where did the name come from? We know where Hamo probably came from, but Brame?

Hamo is an easy one to guess. Conor’s last name is Hamilton. Think everybody in the country has a few friends with it a nickname with an “O” at the end. Drop a syllable and add a vowel. It’s simple [laughs]. Brame comes from when Tiarnan was looking up words on urban dictionary to find a DJ name and found Brame. It means “a slight disappointment”.”

What was your experience of club culture when you guys were growing up here? Is there anything the pair of you would want to change about it or see as hindering to our countries talent (bookers, promoters, acts etc)?

“We would have to come back to the point about the late licence. That was one of the big influencers in our music and sets when moving to Germany – as a DJ the longer you can go on the more you can get into a flow and really experiment. The short nights are fun, they are a mad rush with such a big intensity but even just a few hours longer would make it a better experience for everybody. It’s bittersweet leaving the club with everyone wanting more after an endless ‘one more tune’ chant, but it really demonstrates how genuine the Irish scene is. It’s all about the music and people literally can’t get enough of it. Clubbing in Ireland is great of course but we need to have these licensing laws updated, I think we can all agree.

How have you adapted to more international crowds? Playing in Dublin, Belfast, Galway or any of the major cities – or even the more rural parts like Sligo, Wexford or anywhere, it seems that you know how the night will go with closing hours and stuff like that. How have you guys found the more liberal clubbing hours, and how has that affected your sets?

“It’s really different everywhere, each country has a different style and taste. We never felt we had to sacrifice our taste to accommodate for another crowd. We are always prepared for most situations, so it’s nice to change up and play different stuff wherever we go. It makes it a lot more interesting for us also. Ireland is still the most fun to play. Hands down.” 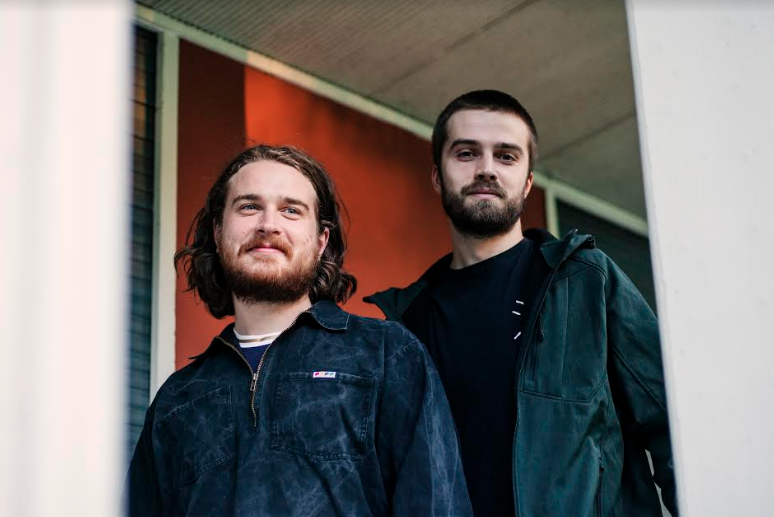 How have you found things with your own label? Does it make a difference to your productions, processes or anything like that?

“It’s the best thing ever to be honest, it gives us complete freedom. With the success of it we find ourselves more and more reluctant to release anywhere else. We have complete artistic freedom and can choose when we want it out. Having that freedom is so liberating and is hard to give up especially when people have been so receptive to the latest releases.”

Do you have any rules when it comes to producing, or is it something that’s a very open and natural process?

“No rules really but when we are producing with Brame & Hamo in mind, we aren’t going too left field. A lot of our experimental stuff stays in a folder for the moment but hopefully see the light of day when we get around to releasing an album. We try to keep it natural as possible and not force it upon ourselves. Again, it’s all about having fun at the end of the day. People sometimes take all of this too seriously and we find ourselves falling into that trap sometimes but every so often you just have to put out a fun disco track and name it after a footballer.”