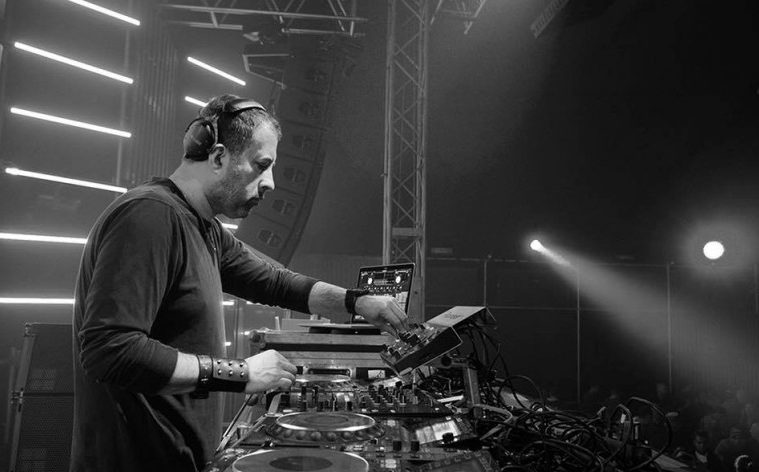 ‘The Desecration Of Desire’ is set to release later this year in October on Skint records. This makes Clarke’s first full-length album in 14 years, his last being “Devil’s Advocate” which dropped back in 2003. Now based in Amsterdam, Clarke has been working on this album the last two years, during the this time he was involved in a intense car crash in Serbia.

He’s mentioned that ‘The Desecration Of Desire’ sounds more like a proper album than the last two attempts. Instead of a full length with a techno focus, like his 1996 ‘Archive One’ debut album, this is his chance to show his “love for punk, new wave, noise and industrial music”.

“The desire to write songs has been bubbling in me for ages,” says Clarke. “[Recent albums] felt like collections. This one’s more like a book, a chronology. I’m so happy with my studio. I’ve stayed away from club music. Finally, it’s just me, my imagination and a touch of fearlessness about opening up.”

Clarke worked with a series of collaborators for the new LP. Two tracks feature the voice of US alternative rock enthusiast, Mark Lanegan, who was part of Queens Of The Stone Age. Clarke has also called on Keith Tenniswood for his contribution, most would know Keith for his work under the alias Radioactive Man.

“Well I come from listening to albums being albums so I couldn’t make an album with only techno because that would be quite boring for me. I like so many different types of music that I thought this would be the perfect vehicle to carry that. I’ve always found that a large amount of albums that I used to buy, your least favourite track from the first time you listened to it starts to become your favourite one, and if you start doing more obvious sounds its all the same and I just wanted to vary it.” – Dave Clarke in an exclusive interview with us, which you can check out here.

Listen to his new single “Charcoal Eyes (Glass Eyes)” below.