Karl GuestDecember 4, 2018NewsUncategorized
Home
News
21
SHARES
ShareTweet
Subscribe
Dekmantel, despite still being relatively young, is without doubt one of the most influential brands/festivals in dance music and since it’s inception in 2013, has been going from strength to strength, growing it’s fanbase while remaining small, intimate and inclusive.
–
In 2016 the festival owners decided to start a sister festival at the end of the same of month. This festival is now known as Dekmantel Selectors, which is going into it’s fourth year. The festival takes place in Tisno, Croatia and takes a lot of inspiration from Dekmantel Festival’s ‘Selector Stage’ while aiming to make the art of DJing it’s priority.
–
The first round of acts were announced today for the 2019 edition and has really got us looking forward to festival season all over again.
–
Check out the announcements below. 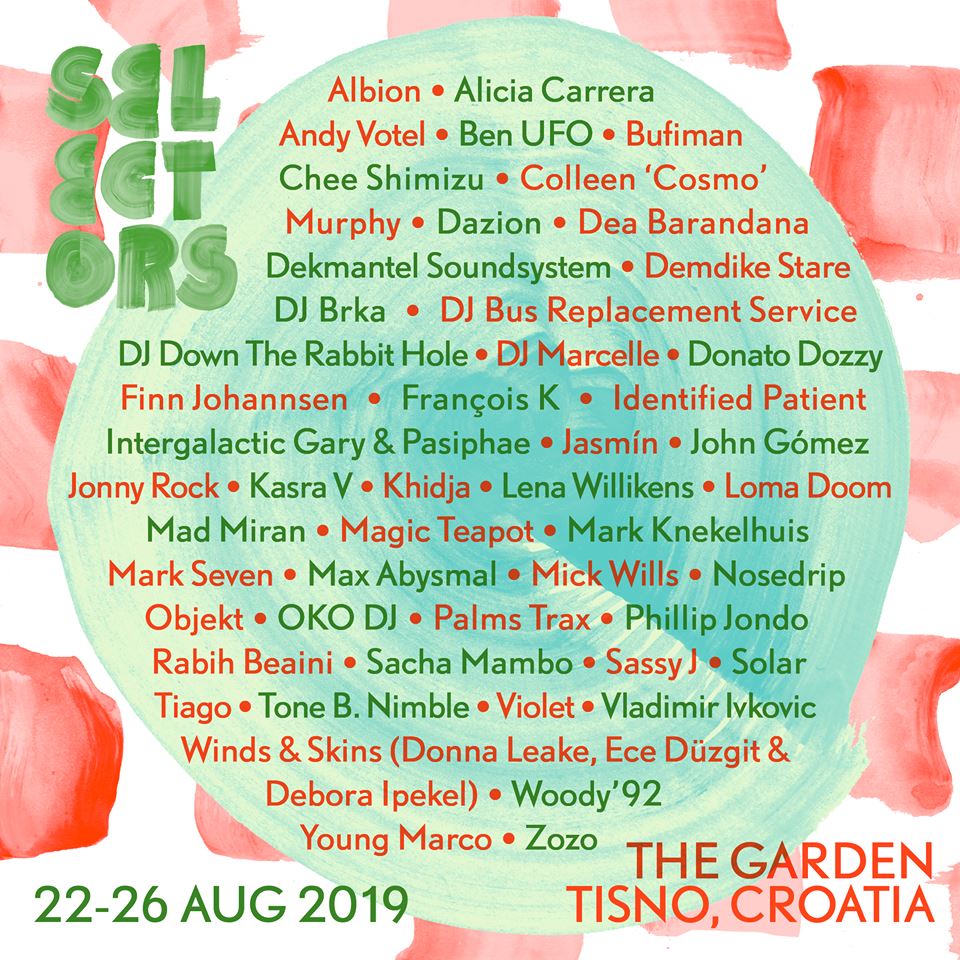