DJs respond to the closure of The Bernard Shaw

“Let’s see what happens next. Sometimes when something bad happens, you see people digging deeper than ever to make something great happen.”

In the wake of The Bernard Shaw bar closing just today, we get the thoughts of past and present DJs of the hugely popular venue and how it influenced their life. Set to close it’s doors this October, it makes way for another hotel as the community loses another cultural and social hot spot.

“It’s extremely s***e that this keeps happening to not only the nightclubs but all of these creative spaces in Dublin and its about time we have someone who can voice to the higher ups how important these places are to growth of creative culture in this city. I feel like someone has died but I believe in Dublin and I know this loss will only make us stronger.”

“We’re most likely losing one of the city’s most important cultural melting pots of the last few years, a place were you could see a skate exhibition inside, graffiti jam outside and end up dancing to jungle a few hours later. The Shaw was just always a lot more free than everywhere else in the Dublin with a vibe the city will miss; definitely the only place in our city you can be f**ked out of 3 times and get back in a 4th time because the bouncers were that sound to regulars!(still one of my fav Shaw stories). Big ups to all the heads that made it so special, the staff had a massive role to play in making it what it was and deserve high praise, I’ve had some epic nights there so it will be sorely missed.” 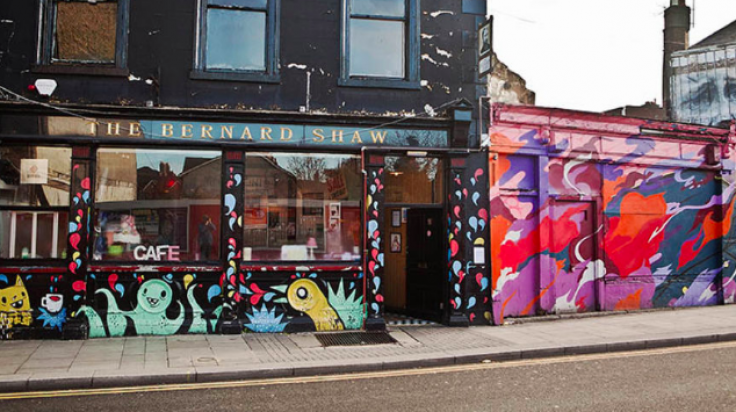 “It’s sad to see the Shaw closing it’s doors in October as it is where we started our party last year. We had some crazy nights in that room and it was definitely one of our favourites in the city. The Shaw helped us massively in our journey by making new friends who are now regular party goers to all our sets. We’ve met some wonderful people and worked alongside some great heads in there too. Big thanks to the Bodytonic guys for letting us start our Bubblegum journey here and giving us a license to play the music we love to a wonderful crowd of people.

Big love also to the big blue bus, your pizza will be sadly missed in that beer garden also.”

“I am totally shocked hearing The Shaw is closing. I was just discussing dates for winter season literally few days ago with the booker for my monthly event ‘Shaw Kicks’ where I invite female DJs to share the decks with. I still can’t believe this, perhaps it’s some sort of a big joke? It was my favourite space in Dublin, my local, this is where I have learned so much about music and DJing and spent countless hours on the dancefloor. It’s awful how the council and developers slowly kill the music and creative scene in Dublin, I really hope someone will step in and put a stop to this and the October gig won’t be the last one.”

“The Shaw closing down almost feels like a personal attack on the city, its culture and the many creative minds that inhabit it. It’s quite hard not to look at it this way after seeing the exact same thing happen to both Hangar and The Tivoli in the last 18 months. The Bernard Shaw has been a cultural hub for me and a lot of my friends for the last 5 or so years and for countless other like-minded people over the last 13. It’s disheartening for me as a Dubliner and as a DJ to see all the places that had a significant impact on my adult-life make way for hotels and overpriced cocktail bars with no soul or substance. There’s a lot more going on here than “just” venues closing their doors, this is part of a much broader problem that is forcing an increasing number of young people to pack up and leave the country. It just seems so bizarre to me, that in a country so well-renowned for its art and culture that there’s barely a single thought given to its artists/creative industries, let alone a bit of f**king support.”

“Bloody devastating. The Shaw has always been an outright gem for our music and art culture. Very sad to see that yet another venue has to close its doors. We’ll miss the pizzas, the grooving out in its reputable smoking area and the beautiful art pieces that surrounded it!” 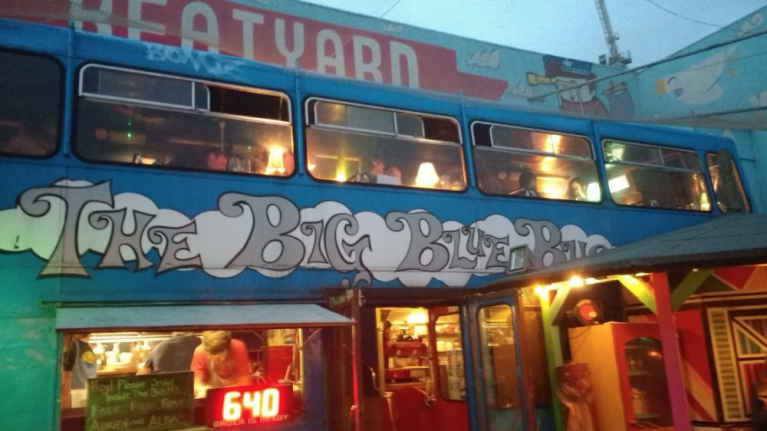 “I have The Shaw to thank for so much. I’ve been a regular there for 11 years and watched the place grow and grow, while opening opportunities and friendships for so many people, including myself. Of all the iconic venues in Dublin I’ve seen close over the years in favour of soulless culture draining ventures, none hits quite as hard as this. When I found out I felt like someone close to me had died. Dublin is fucked right now and it scares the shit out me.. I don’t really have any more words right now…”

“We are being treated as second-class citizens in our own city for the sake of tourists. Our value is viewed as no more than our economic output. The quality of our lives beyond our ability to work is not considered in the planning of this city. This is a disgrace and we should not allow ourselves to be disrespected like this by the powers that be. We must remain vigilant, and particularly keep an eye on the development that now happens in The Shaw. Do not forget that 25000 people signed a petition to appeal against An Bord Pleanála’s decisions to deny them permission to operate their smoking area. An Bord Pleanála are meant to be an ally to us citizens when it comes to planning decisions and as such should act as a forum for us to have our views represented in those decisions. If the development on the site of The Shaw does not reflect the overwhelming public concern about the loss of cultural facilities there, then we must loudly and clearly call for accountability from organisations like An Bord Pleanála and point to the stark failures of the Dublin City Development Plan produced by Dublin City Council. And we’re going to have to get organised, and get out on the streets.”

“The Shaw was the first music venue I ever went to in Dublin and played in, the news of its closure is extremely sad.

It was much more than a bar, the space had such a sense of community and creativity and it brought people from all backgrounds together through music art and culture.  The government invests so much into funding culture based programs like ‘Creative Ireland’ but creative spaces, especially those that facilitate underground music events are given little value or respect.

It’s disheartening to think there is nothing being done to stop this. The time has come to get out on the streets and protest” 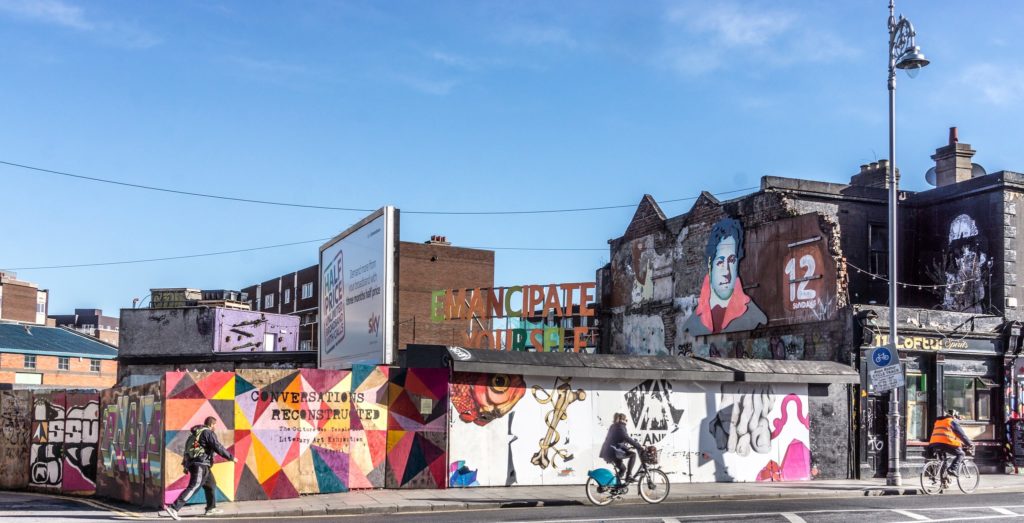 “My relationship with the Shaw began when I was in my first year of college, I went to see a local act playing (something the venue always pushes which is vital to create a thriving local music scene) and fell in love with the venue. I seen about 3 weeks later that they were looking for staff so I instantly applied and luckily got the job there. Out of all the bars and venues I’ve worked in either behind the bar or playing music something stood out to me about The Shaw. The general atmosphere from different nationalities and cultures all coming together under one roof while enjoying amazing music, parties, other events like the markets and graff meet ups. Not once while working there did I ever see one bit of trouble between any customers because everyone was there to enjoy themselves and share amazing moments with there friends, I doubt any of the Harcourt Street clubs staff could tell you the same in their venues….

It was bittersweet having to leave there but with a lot of gigs being booked for myself and I couldn’t work weekends and had to leave, most weekends I would still try get in for a pizza and a pint in the place and I remember friends asking me “are you not sick of that place from working there?” and honestly I would reply no it is such a great spot. Later on down the line I’d end up playing a few parties here and it is one of my favourite rooms to play in, all the staff in there are wonderful, special shout out to Trev, Sophie and Chris especially for putting up with me over the last year or so and hopefully we can see another place like The Shaw soon.”

“It’s sad to see. It’s been a huge corner stone of the electronic music and art scene for well over a decade. The building is gone, but the people are still here. Let’s see what happens next. Sometimes when something bad happens, you see people digging deeper than ever to make something great happen.” 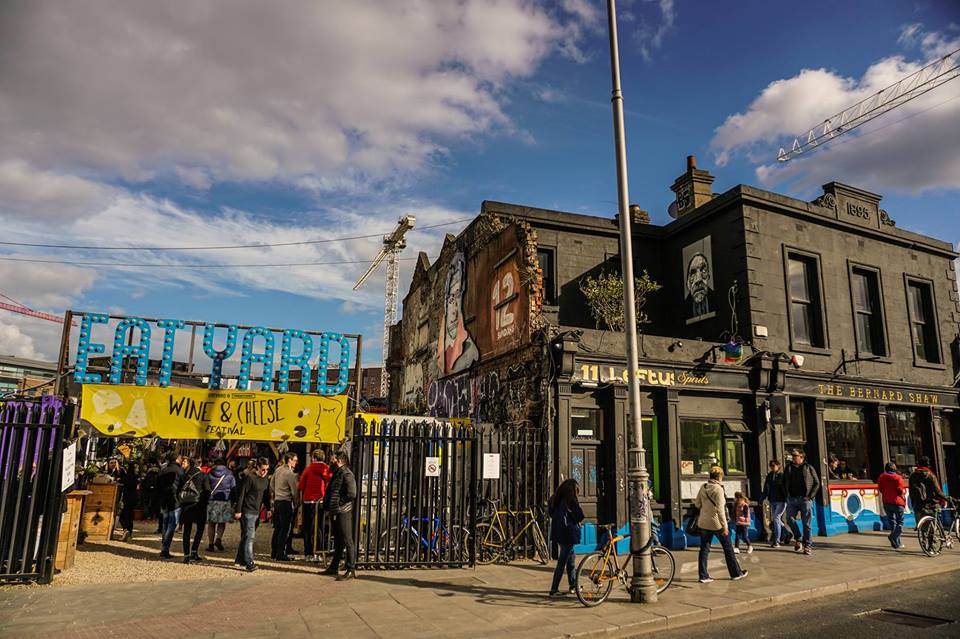 Questions have to be raised about how and when will this unneeded gentrification and destruction of our cultural spaces stop? What can we do to stop it?

Whatever the answers to these questions, we hope such a lovable and happy place is not taken away to make room for another grey, high rise hotel lacking in vital character, the vital character a city needs.