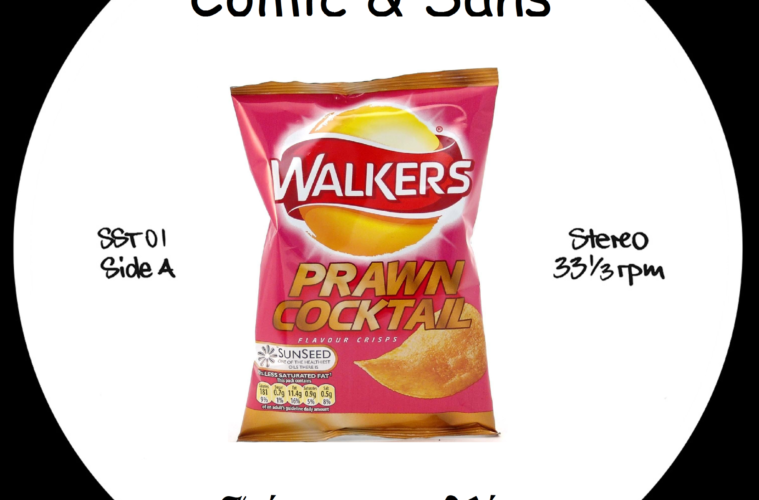 Dublin producers and DJs Ethan Begley Hughes and Daniel O’Brien have linked up under the new alias ‘Comic & Sans’ to self-release their own EP ‘Kimmage Vice’.

The pair are still relatively new to the scene despite grabbing a number of prestigious gigs under their Boxset collective or Ethan’s ‘Lamaj’ alias which has already released an EP on Four Four Magazine. the pair are rocketing up through the Dublin ranks through their notably unique sets that showcase a wide taste across booty bass, disco, raw house and the odd classic or two that’ll bring you right back to when it was a radio banger in the mid noughties.

This time they pair up for a three track EP that takes things much further than your simple disco or house edit. Taking us right back to a 90s New York street corner, the opening track ‘Theme Song’ is infused with groove and just the right amount of cushioned kicks that keep the track moving along from start to finish.

They continue the retro vibe on the livelier ‘Prawn Cocktails’ which again utilises stronger vocals and serves to strengthen the overall good vibe of the collection, infusing a strong disco element with the trademark heavy Chicago house kick that has been a staple on plenty of previous Lamaj tracks.

The final track ‘FALLINLOVE.MP3’ is arguably the standout tune, with a delightful blend of more chilled out tones to couple a pretty frank sample that ties the songs breakdowns together.

With this being the first offering from two of the city’ fastest rising talents, it’s very exciting to see what they have lined up next.

You can catch Daniel and Ethan going back to back in Hangar’s mainroom for the club’s third birthday celebration this Saturday, you can get yourself on the guestlist for both Friday and Saturday via the link here.