DVS1 is no doubt one of the most respected names in techno through the combination of his productions, DJing and his lengthy tenure within electronic music. The producer and DJ is well known because of his past as a sound engineer, which plenty may have learned about via his RA Origins:

Every year the dynamic producer puts together his unique ‘Wall of Sound’ event which showcases his efforts behind the decks as well his use of sound, with the event containing an army of speakers in order to mimick the setup that would’ve been present at his illegal raves that he ran in Minnesota some years ago.

His 20th celebration of his HUSH label came with a wall of sound party that included none other than Jeff Mills, and this year’s installment in Rotterdam will see more of the same with a lineup big enough to rival the daunting collection of speakers.

Rotterdam native Stranger will join DVS1, alongside a live set from Ø [Phase] and none other than Detroit legend DJ Stingray. The night promises to be one of the most hard hitting and diverse you’re likely to see all year round and will most definitely be an experience given the production and sound quality involved. Despite taking place in September, the ‘Black Russian’ decided to share the bare details now rather than later so that eager fans can get a picture of what’s in store.
You can join the Facebook event for it here. 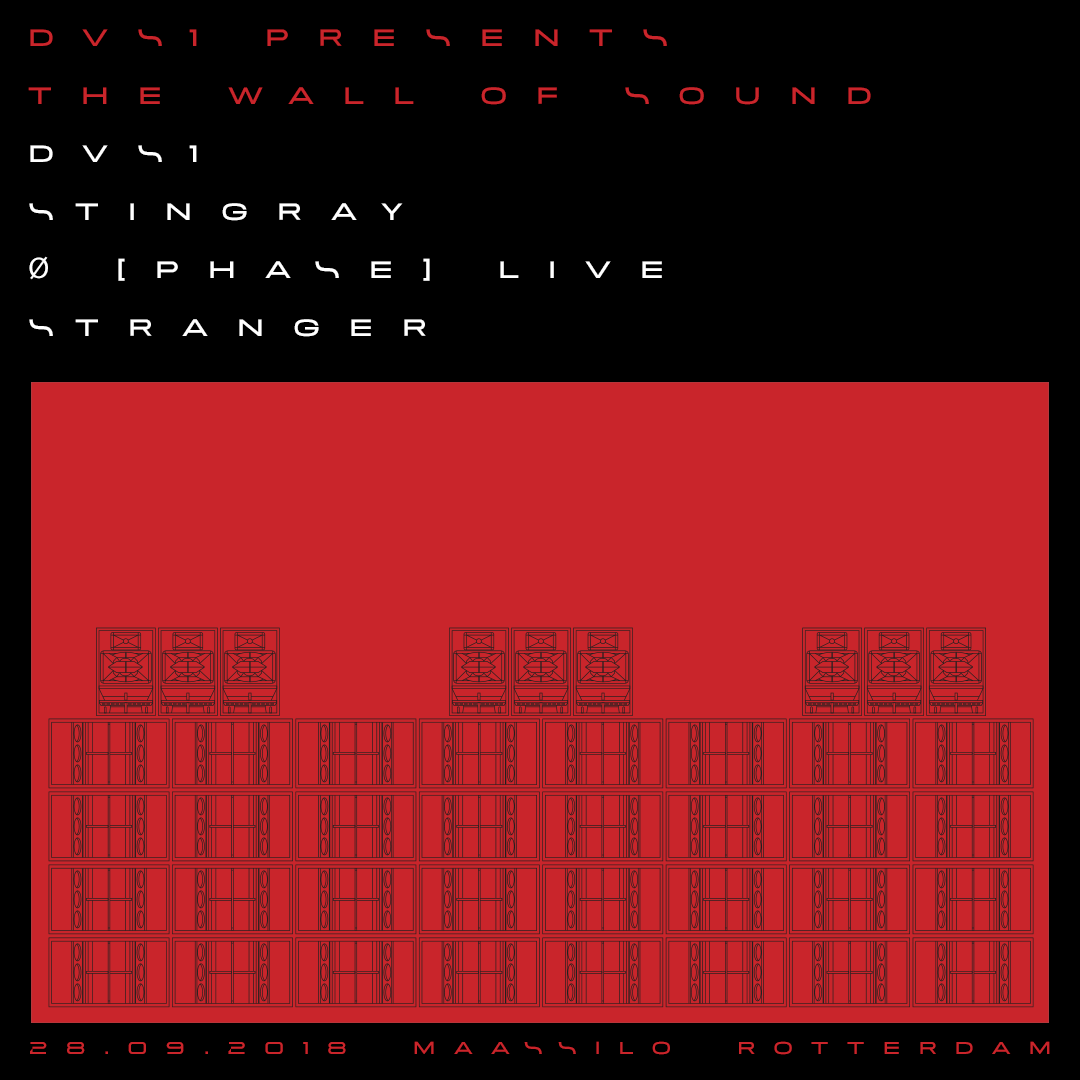