Snowbombing takes places on a yearly basis in Mayrhofen, Austria and combines massive music festival with a skiing trip. Next year’s edition is set to take place from the 9th-14th of April in the same location and has already added some huge names to the lineup including the likes of Liam Gallagher, Bicep, Mall Grab, Jackmaster and Skream to name a few, as well as our very own Boots & Kats who’ll make their international debuts at the festival.

The second wave of acts has now been revealed, and there seems to be no letting up from Snowbombing. Rudimental, Gorgon City, Eats Everything, Richy Ahmed and Jeremy Underground are only a few of the names that make up the huge list of acts added. You can check out the rest below. 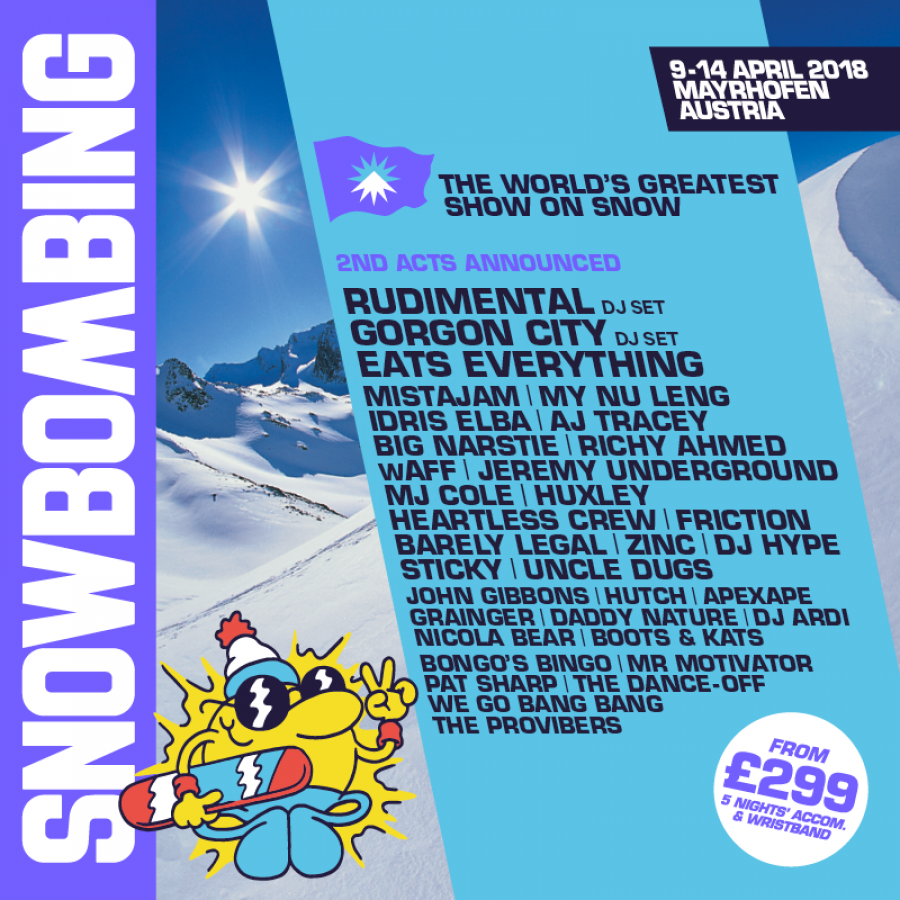