Karl GuestMay 10, 2019New MusicNews
Home
New Music
0
SHARES
ShareTweet
Subscribe
Midweek is the brand collaborative effort of Chaz Moloney and David Sheerin (SHEE). The pair have been DJing and running parties together in Limerick for just over 2 years now as Touch of Techno and have finally decided to put their brains together to make some music and launch their own imprint, 2Suite Records.
–
The duo had a break through year in 2017 with both making their solo international debuts. Since then they have supported huge international acts such as FJAAK, Denis Sulta, Mella Dee, KETTAMA, Cleric, DVS1, and Jeremy Underground to name but a few.
–
Their iconic performances have also stretched outside of the treaty county with headline performances in Cork for collectives like Block, Solace and Distortion as well as appearances at Electric Avenue & Monroes in Galway city. Both artists have also performed in major Dublin hubs such as Wah Wah Club & the unforgettable Hangar.
–
Midweek found themselves featuring on some of Ireland’s biggest/best festivals in 2017, packing out the index stage with an early set on the last day of Life festival which saw them come back next year opening the district 8 stage before artists such as Jeff Mills, Honey Dijon, Motor City Drum Ensemble & Mall Grab. The duo have also performed at Mass Festival, Fever Pitch & Durt Castle and are booked to play upcoming festivals such as Life Festival & Dimensions. 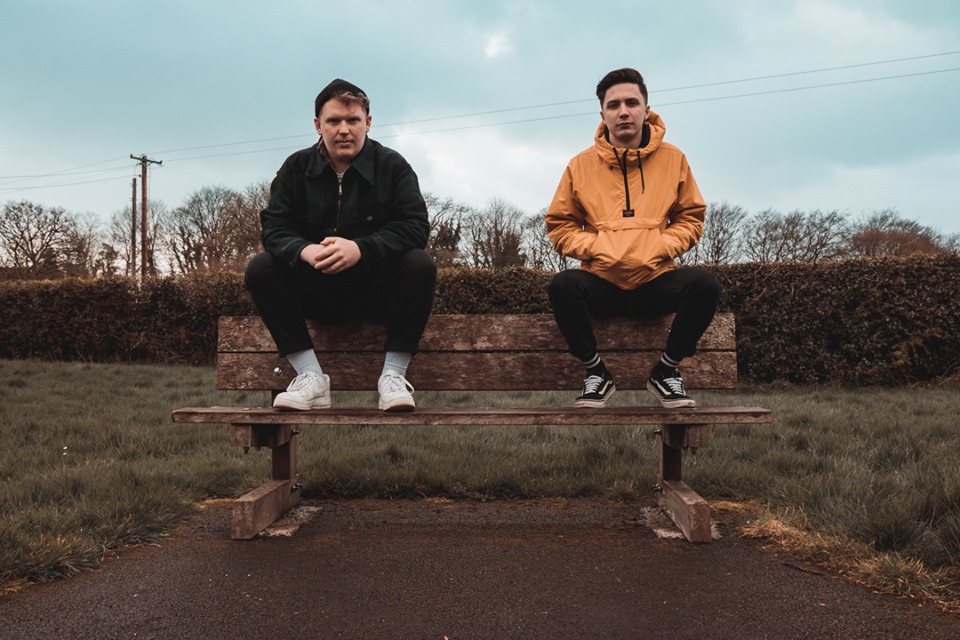 Through running their own collective, Touch of Techno, Midweek have been able to showcase their diverse selection of music and are currently at the epicentre of the underground dance scene in their home city of Limerick. Through booking international acts, secret location parties and a series of “CHAZ & SHEE w/Friends” parties, Midweek have proven that their main objective is to create a quality atmosphere and an immersive party experience.
–
With both artists producing different genres of music under their own aliases, their collaboration is an abrasive but fitting match. The duo have become known for their diverse sets and their exceptional track selection. This record was created in isolation, over the course of a week on a small island off the coast of Kerry. The aim of the project is to find a middle ground between SHEE’s distinctive French house sound and Chaz’s harsher cuts which ultimately leads to a very interesting and diverse 5 track EP ranging from acid to breakbeat and even features Limerick rapper and good friend of the lads, Hazey Haze on the fifth and final track!
–
We picked up their breaks-infused club banger ‘Brooklyn Weekend’ for a premiere and we’re delighted to share it with you all… Enjoy!
–
Midweek celebrate the release of this EP on Monday, 13th May in Pharmacia, Limerick 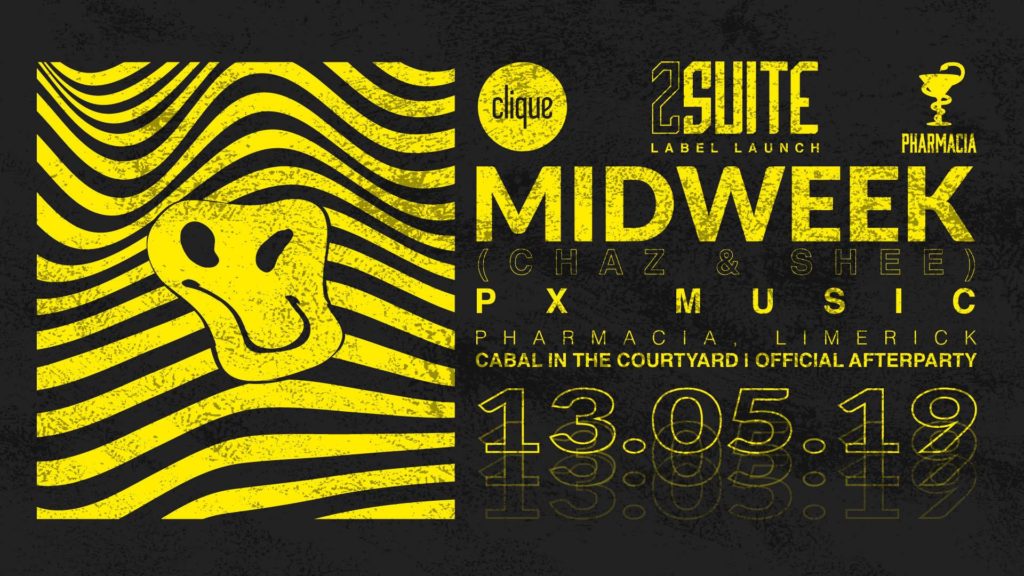 Join the event page here and keep up to date with the lads here.