We’re back in the limbo of waiting around for more festival dates, with Higher Visions, Circles and more events all taking place towards the end of the next two months. In the meantime, here’s some gigs happening around the country to keep you on your toes. 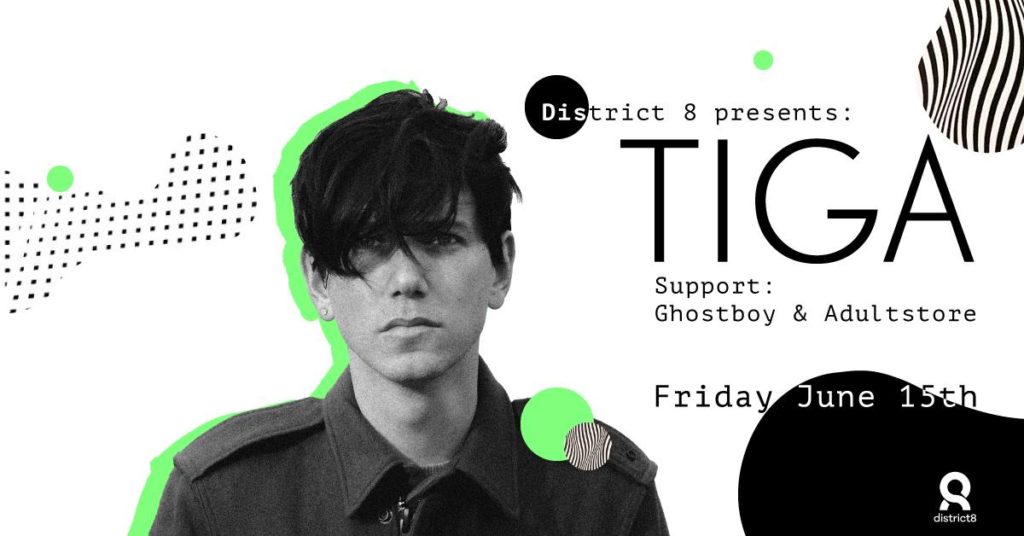 Montreal-born DJ, producer, founder of Turbo Recordings and BBC Radio 6 radio host Tiga will make his return to Ireland this Friday with a headline show at District 8. Expect plenty of deep house and classics from the skilled remixer. Support on the night comes from Adult Store and Ghostboy. 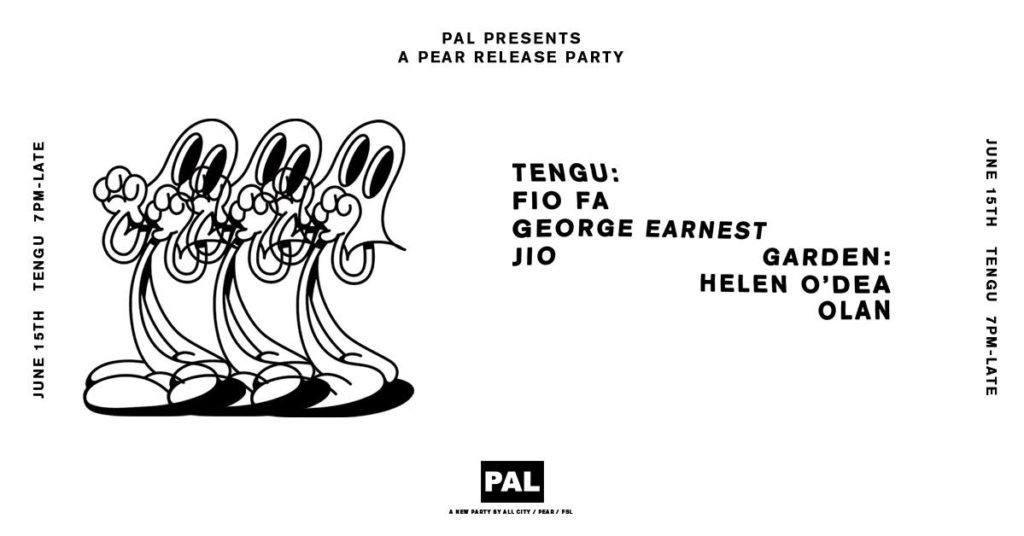 PAL is a new night from the folks down at All City, Pear and First Second Label. They’re throwing a release party in celebration of ‘PEAR003/004’ and have a diverse line up planned for the night that includes Helen O’ Dea, Olan, Fio Fa, Jio and George Earnest. Expect plenty of quality and diverse music all night long.

Mauro Picotto at The Wright Venue 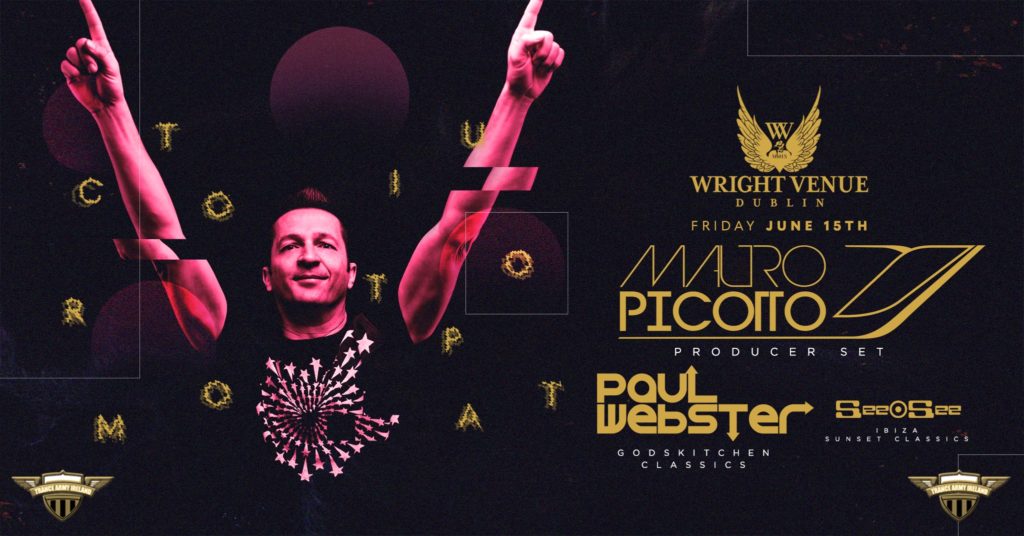 The Italian, electronic producer and DJ is coming to The Wright Venue. Known for his involvement in Eurohouse group R.A.F and his collaborations with other trance DJs such as Tiesto, his songs are universally recognisable and popular even to those who don’t delve too much into trance music. 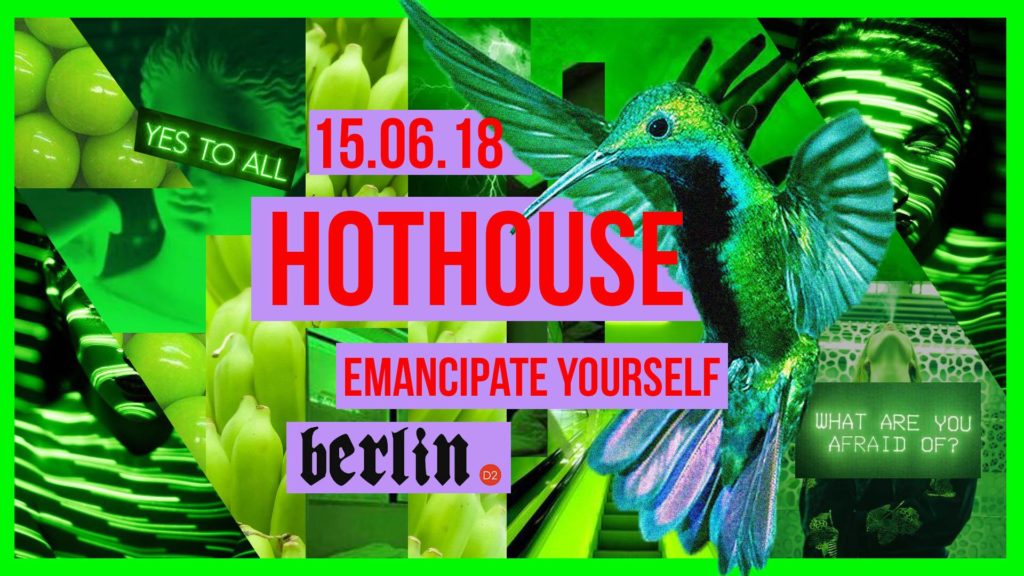 This months instalment of Hothouse falls on this Friday and brings PrYmary Colours, Jus Damien, Reveller, H&G creations and a special guest to Berlin d2 this month for a guaranteed high-energy atmosphere and 90s house music. PrYmary Colours, a dance duo, fuses electronic house and techno beats with soulful vocals and always guarantee a vibrant night.

OCD bring underground music to Belfast every Friday night and this time they’ve managed to get one of Manchester’s most esteemed and forward thinking collectives to join them in Belfast.  High Hoops have played with the likes of Hunee, Palms Trax and many, many more massive artists along the way while welcoming diversity on the dance floor to enjoy all of the house, techno, disco and everything else they dish out. 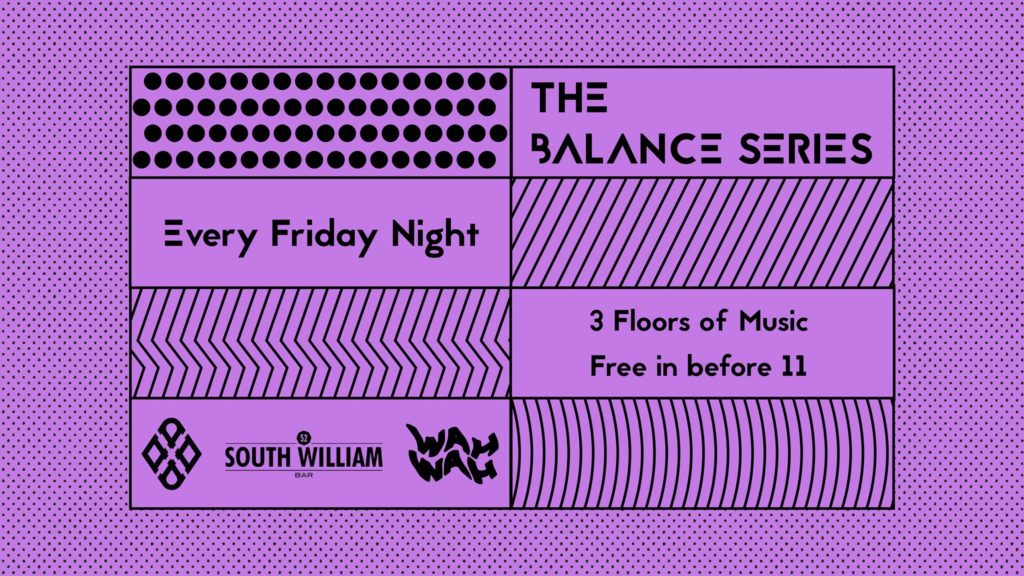 Division have invited the girls from Eve collective down to Pygmalion this Saturday night. As one of Ireland’s most exciting collectives they’ve featured on festival and club line ups around the country plus more, and Jessica Eve, Lauren and Micu will be representing behind the decks as residents. Maggie Rose will be opening the terrace on the night.

Monthly residents together on NTS radio, Steve and Kavus dabble into the more experimental and psychedelic side of electronic music, incorporating everything from classical music to underground and far out music. Their sets have been seen as hard to define, but you can expect all of the above with some top end techno and electronic music thrown into the mix.

DJ Tahira at The Sugar Club

Sim Simma is bringing Sao Paulo’s DJ Tahira to The Sugar Club for a night full of Afro-Brazilian inspired beats and latin infused disco music. His edits are used by many industry a-listers including Nightmares on Wax and Francois K. Joining him on the night will be Sim Simma DJs.

Not So Common is a night created for underground lovers and lovers of minimal and ambient electronic music. Robert David, Phever’s Axu & Hari and Raul Christian take the decks this week.

Timmy Stewart and Jordan are back for a residents take over and plenty of house music until late this Saturday night in Belfast. Both with impressive AVA Boiler Room sets up their sleeve, they’re definitely not ones to miss.

Platform is a collective with the aim of bringing Drogheda’s and North Dublin County’s house and techno talent to the forefront and providing them with a gateway into the Dublin scene. This week sees the launch of the night, with plenty of upcoming DJs on the bill including Duvz, Karl Breen and Decorum DJs.

Colin Perkins and DJ Deece are taking over Pyg this Sunday very cleverly together as Decent Perks. Dave Taylor will also be playing on the night. Expect plenty of disco and house tunes on the night.

Swilly Sundays at The South William

Swilly Sunday’s are throwing another Sunday laneway party this week after their launch last week. Resident house DJs Adult Store will be behind the decks providing music all day and all night and this week they’re bringing a few yet to be announced local DJs to join them.