Four Tet is heading to Belfast for a huge headline date

This is huge news for Four Tet fans, even more so if you’re in the Belfast vicinity… Stick August 30th in your diary as the legendary producer is heading to The Telegraph Building with Shine.

Prolific, immensely talented and highly in demand DJ and Producer Four Tet, also known as Kieran Hebden makes his long overdue return to Belfast this August 30th for a headline DJ set at The Telegraph Building, with support from Barely Legal and more to be announced.

It’s safe to say there isn’t anybody working in music today who doesn’t look up to Kieran Hebden. From his post rock act Fridge, through to his late 90’s sample based folk-tronica masterpieces, his deep dive into free jazz along side drummer Steve Reid, or his expanding love of big room dance music, few other figures command as much respect for their vision or abilities as Four Tet. The fact that this admiration crosses such wide genres and styles – artists from Burial to Radiohead, Lana del Rey to Eric Prydz have commissioned him for remixes – only speaks to his supreme sensibility, and unbridled passion for electronic music in all its forms.

His intelligent, progressive brand of electronica has seen him hailed as ‘one of the 21st-century’s finest electronic musicians’ (Pitchfork), thrust into exciting collaborations with the likes of Skrillex and Rihanna, and touring the world in constant demand at the biggest music festivals and club rooms.

Conjuring soulful, organic beats that slide effortlessly between cosmic jazz, deep house, moody techno, innovative hip-hop, and big bass bangers, Four Tet is a master of his craft, and of the stage, too, where his hypnotic sets of eclectic club music have become the stuff of legend.

You can sign up for pre-sale tickets right here, priced at £25 +bf. 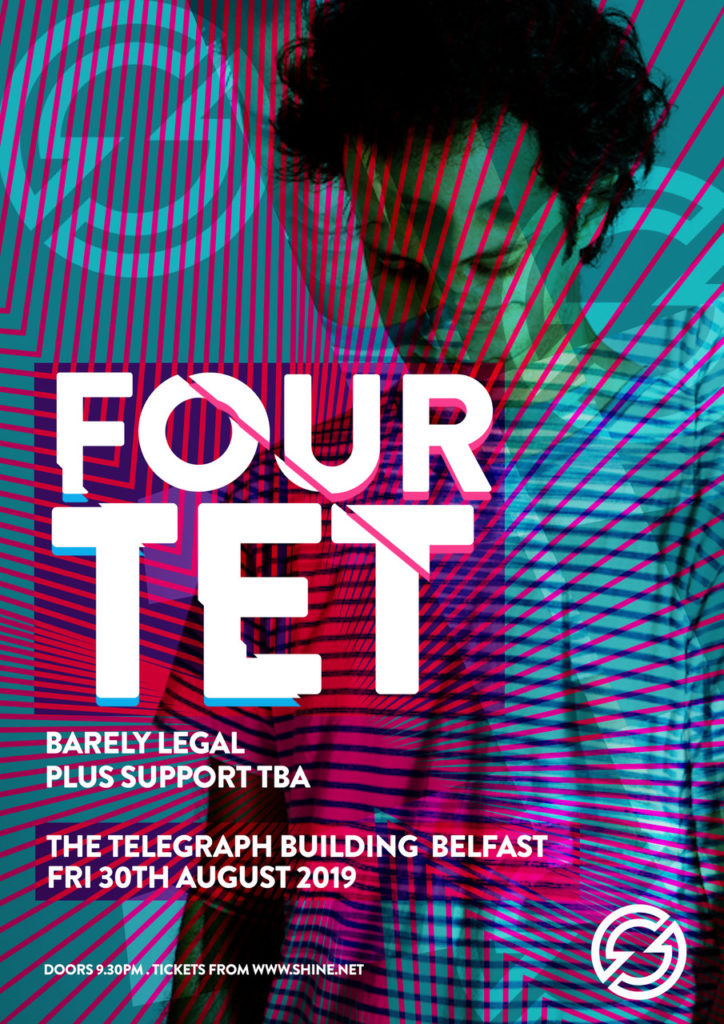