Boxed Off have took the headlines this summer with their huge international act announcements, with the likes of Armand Van Helden, Ben Klock, Patrick Topping, Len Faki and Amelie Lens to name a few all being announced for the sold out event this September.

This evening Index have just announced a Berghain resident and a huge lineup of Irish heavy-hitters to compliment the already announced Paula Temple B2B Rebekah, FJAAK on their stage.

If you’re looking for the jacking techno on the day, you’ll find it at this stage. 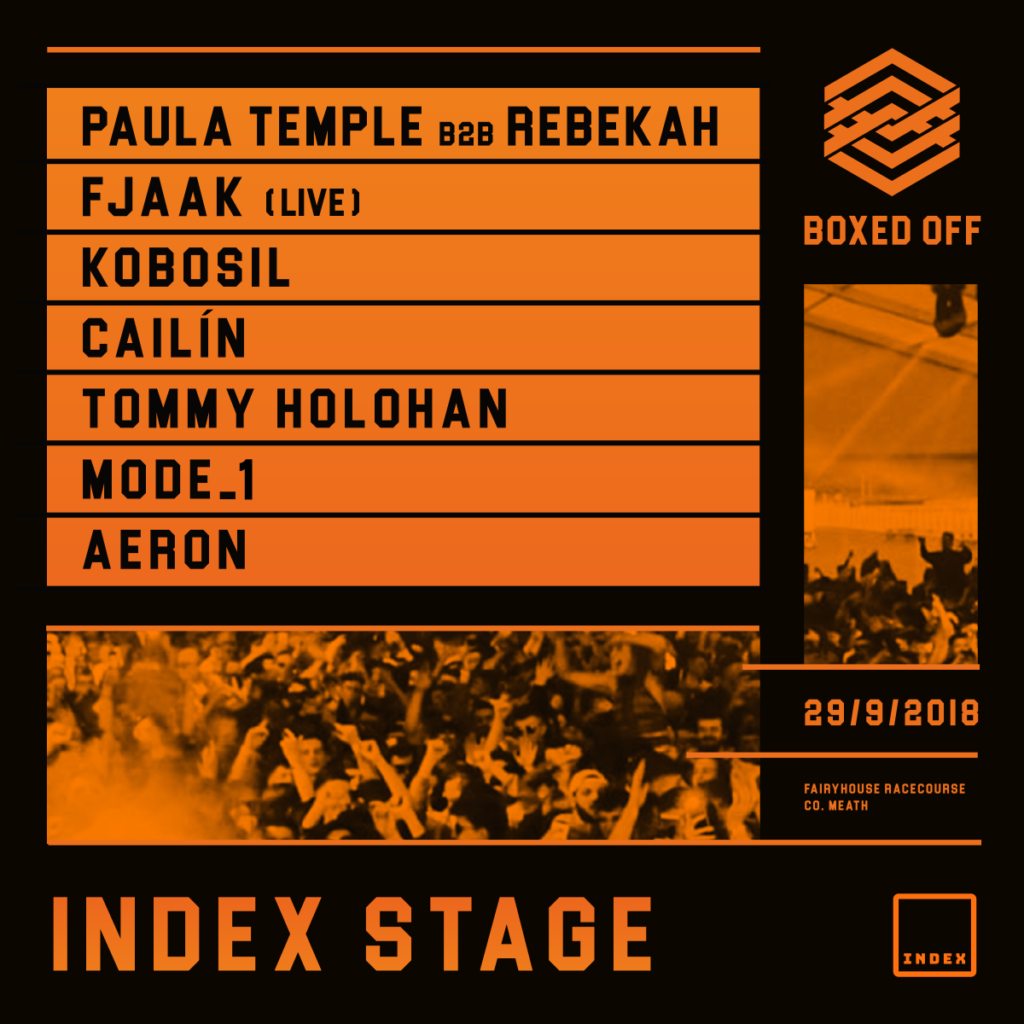