Jordan addresses electronic music North and South of the border

Belfast native Jordan has gradually etched out a spot for himself as one of the big names within the Irish scene and beyond. From sets at Higher Vision to the Deece series, not to mention that slight appearance on Boiler Room at AVA festival, it’s fair to say that the Night Institute resident has had an eventful year.

Fresher’s week had just passed in Galway and the city was showing no signs of an Indian summer, but Jordan’s own schedule hadn’t and still hasn’t slowed down as the sun took its annual trip away from the west of Ireland’s skies, this time a slot alongside Artwork for the Refuge collective.

We managed to avoid the September rain on quick walk from the Spanish Arch to the foot of Shop Street and just as the pair of us set foot in the door of Griffin’s bakery, the heavens predictably opened once again. In some ways, Jordan’s unpredictable style can be likened to that of an Irish Autumn’s variety. One minute it’s Italo disco, then we’re onto some classic house anthems, just like it swings from dry ambiguity to hail stones in a matter of minutes.

I think the fact that I would be more eclectic is because I’ve got a Saturday residency where I play five hours and five hours of any one sound would bore the tits off you! Myself and Timmy Stewart play back to back all night, literally one track each from the beginning to end. It keeps it exciting, [we] don’t get stuck in any sort of groove.

We’ll start the night off at like 100bpm, bit of afro, bit of disco. In the second hour we don’t want to just keep it there, we’ll jump in and out of electro and more energetic disco. By the time we get into techno we’re mixing it up with less obvious anthems, maybe 80s stuff, so we’re used to doing the job of warm up DJ, middle DJ and big DJ. Obviously, playing back to back with Timmy, who’s got over twenty years experience, introduces you to lots of different styles and eras that I wouldn’t be aware of.

At the minute, I love Serge Santiago’s stuff, who’s actually one half of Waze & Odyssey, but he doesn’t do Serge Santiago stuff anymore. You start digging, then you get into Italo because of that and so on. Tech house by numbers would bore me to tears as a punter, so as a DJ, it certainly wouldn’t be something that I’d be getting stuck into.

I do think DJs that I’d be into, people like Gerd Janson, would be dipping their toes into everything and I guess that’s why they’re busy; he can do club stuff, festival stuff, basement stuff and afterparty stuff.

With an acute awareness of social media, it’s somewhat strange to see his range of music stretched across so many different styles, so just as the soup and sandwiches had arrived, the Belfast native turned his attention to how he markets himself.

Obviously I’m aware of the necessity of social media, but I think it’s a lot more exciting to be putting up a video of you playing a Paul Woolford record and then the next week you playing an 80s record because people aren’t getting bored of hearing the same thing online. I think it’s an asset being that eclectic. How many times do you want to hear the same tech house build up into nothing? I’ve seen quite a few very busy tech house DJs online and looked at their videos and I’ve seen it a thousand times. 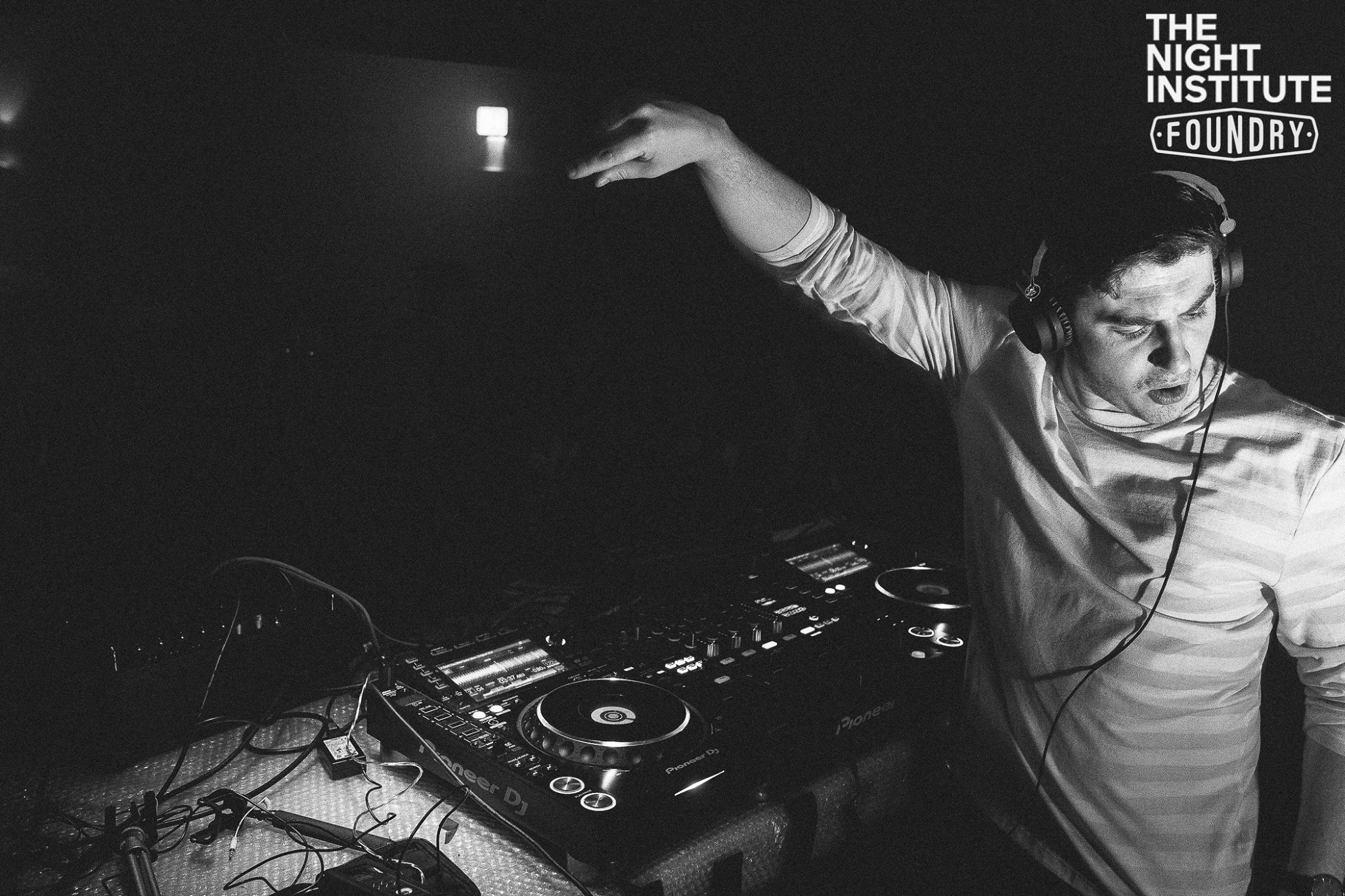 Playing for five hours every Saturday night definitely has a tremendous upside that’s reflected clearly in the variety within Jordan’s sets, but it makes hour long sets around the country a tricky task to prepare for.

I’ve actually been down South for the past week, I’m used to looking through about five different folders [on rekordbox]; one could be ideas for the first hour, ideas for closers, etc. Trying to condense all of that into one hour is more difficult than playing for five hours because when you’re playing for five hours you’re in control. You know what’s on before you, you know what you’re leaning towards, you can take your time, you’ve got the whole night.

It might take you half an hour to get into it, but that’s fine because you know the next four and a half hours are going to be great. I do find it harder to do condensed sets because it’s quite restrictive. I like tracks with moments, how do I have fifteen tracks in an hour and everything has a moment?

He’s flying through his sandwich, while I haven’t scratched the surface of my soup. Seeing him seamlessly take on the meal while going through each answer in detail somewhat explains how he’s able to deal with the stresses of running the Night Institute as well as staying on top of all of his gigs as Jordan.

Last week for example it was freshers, so I have been very busy North and South. I’m spending time on my own, not distracted by people! I’m sitting in a hotel room and this video needs to go up. If I’ve got three hours where I’m driving somewhere, I’ve got time to work out 7 days of promo content for online. Then I’ve got 5 hours in the hotel, I think it’s juggleable.

Playing down South is a lot more inspiring than going on the piss on a Thursday night! I usually try and organise things around the Night Institute so we can keep it growing. 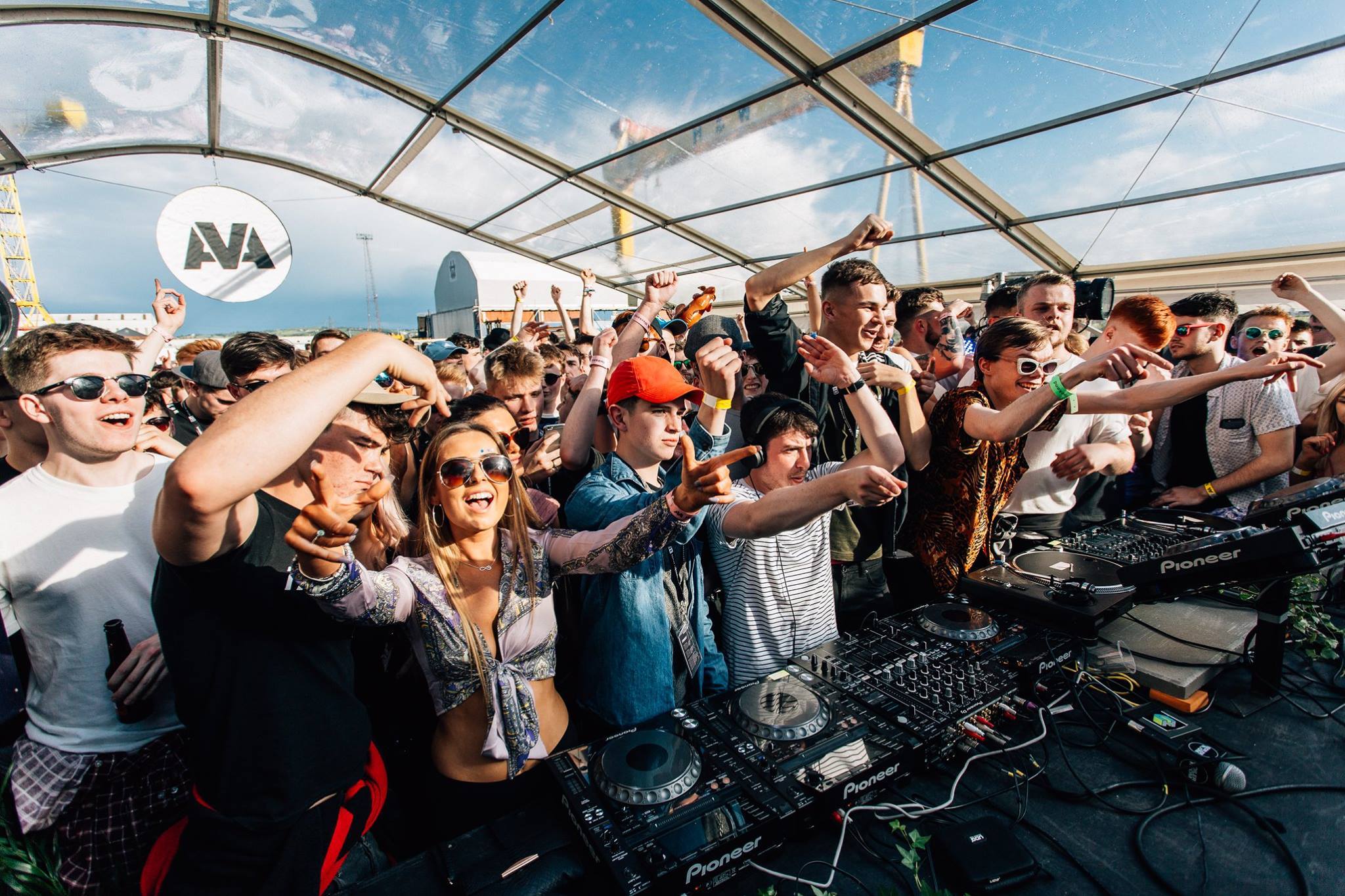 Belfast itself is one of the island’s most overlooked treasures. We’ve dealt with the issue of the South’s underestimation of the North itself, so I put it to Jordan to see what it’s like from a native’s perspective and why there are so many talented producers coming from Belfast and beyond.

The thing is, in a small city like Belfast, as exciting and as healthy as it is, it’s always exciting to go elsewhere. People in Belfast knowing that you’re a great DJ and really enjoying your sets doesn’t really translate to Dublin, Galway, Manchester, Scotland, etc. Production is essential to raise your profile and it’s also something I enjoy getting stuck into.

Coming back to your point about being eclectic as a DJ, your production gives you an opportunity to bring your sets together. I like stuff with big basslines, electronic, bleepy stuff, the disco stuff I play might be a bit electronic but it’ll have a big bassline and so will the techno I play, then your production gives you the opportunity to bring those inspirations together.

There’s the likes of Bicep, Ejeca, Space Dimension Controller, Bobby Analog, Black Bones, which is Timmy Stewart and Aaron Black, Or:la’s from Derry, Chris Hanna, who’s now doing things under the name Carlton Doom, Schmutz and Phil Kieran of course. I guess it is healthy but you don’t really appreciate it until you’re an outsider looking in!

It goes without saying that the moment of his summer was his slot at AVA festival’s Boiler Room. The festival and its Boiler Room are infamous for their rowdy crowds and that once again stood true this year, with Jordan and many others including DJ Deece and Or:la all garnering well-deserved attention for their sets.

I think big companies like Boiler Room want to see local scenes, there’s only so many times that they can see a Dubfire set or Richie Hawtin live at some quirky location. I think in Belfast, it makes sense for them to use predominantly Belfast artists.

On top of that, as a DJ, there’s no better feeling than playing to your own crowd, they’re over the moon as clubbers to finally be appreciated on the global stage. Kudos to AVA for bringing it to Belfast, [you’re] surrounded by friends and family, people that come to your gigs and obviously it leads to exposure. I was in Glasgow last week and I’ve got Berlin coming up. It’s a great platform for the city, clubbers and the artists.

The good thing about Boiler Room is that they have a huge network, people see, people are curious. After the first two years of Boiler Room at AVA, people are aware of the atmosphere and it’s something they want to watch. With the joys of social media, I can let people know where I’m playing and when.

I’m not expecting to go to Berlin and for people to know exactly who I am, but that’s where the opportunity starts. You don’t know who’s going to be in a club, what punters are going to be there. Berlin is one of these cities where a lot of people throw parties in a lot of different places. They are very anti cameras and video, everything is based on the merit of the music. You’re not there to promote yourself, you’re there to perform.

In terms of a party and clubbing experience, it’s a great thing because people are allowed do whatever they want. I guess on the flipside, social media and similar platforms are very beneficial to people in small places such as Belfast, which is so detached from the UK scene, the Southern Irish scene and the European scene. We could be playing our socks off every week and people will never know about it. Luckily, we have the opportunity now to let people know about it.

Belfast boasts far more than just the annual appearance of AVA festival, with Shine, DSNT, Twitch and the Night Institute too, all running regular nights all around the city showcasing the local and international talent across a range of genres. Again, it’s incredible to see how overlooked the scene there is, considering its nights are on par with, if not more impressive, than many of Dublin’s most infamous.

I think it’s all contextual, when I look at Dublin there’s District 8, which is the equivalent of Shine; booking the likes of Fatima Yamaha, Carl Cox, people like that. Twitch would be leaning towards Resident Advisor-ish, more underground names; Levon Vincent, etc. DSNT obviously are very specific with the banging techno they push. We (The Night Institute) push the tried and tested, resident-led experience, without breaking the bank.

The benefit for us is that if people want to go out for a fiver on our cheap list, they’re guaranteed good music on a Saturday despite the lack of a big name. Everyone caters to everyone’s needs, sometimes it can be over saturated, but for such a small city, it’s very healthy. 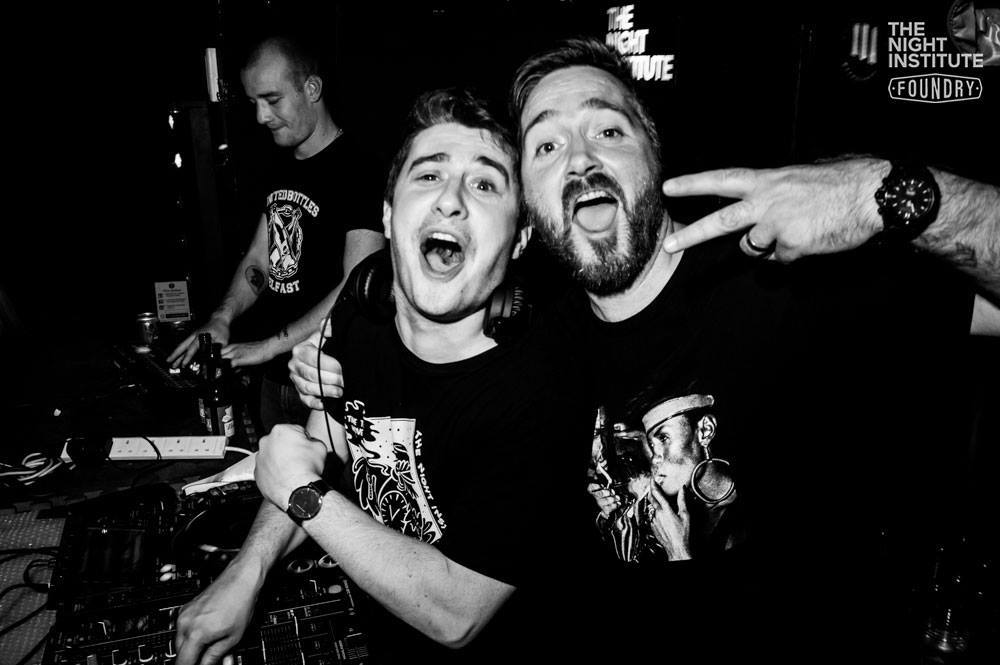