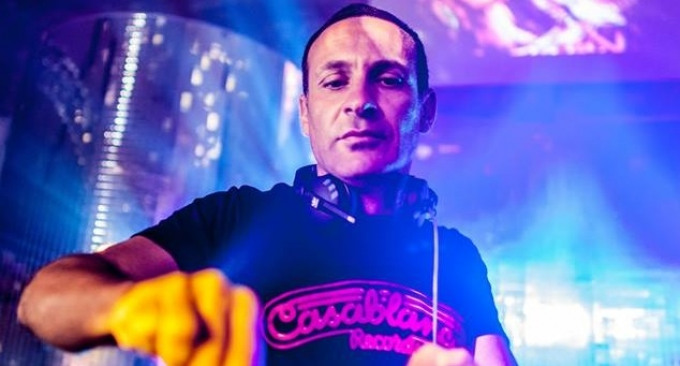 Late Nite Tuff Guy graces the Casa Bacardí stage at Electric Picnic this year alongside the likes of Jackmaster, Mylo, Krystal Klear and many more. The Australian born producer is known for his disco ways, edits and previous banging techno under his DJ HMC alias.

Before EP goes underway next weekend we caught up with Late Nite Tuff Guy to see how he has been getting on lately, check out the interview below.

Q) Being a huge fan of techno myself I often find myself listening to AnD’s Boiler Room London set, and one track that always stood out to me was DJ HMC’s Marauder, only did I recently find out it was yourself under a different alias. I seen you haven’t done an EP since 2002 but noticed you’re doing quite a few shows and re-releases, are we going to see more new DJ HMC records?

I stopped producing music as DJ HMC after the release of Marauder, and that was only because I sold every piece of hardware I had, and left myself with only a laptop. I soon realised that I couldn’t make the music I wanted with just a computer. It wasn’t til 2012 that I recorded a bunch of tracks for an album release on Juice Records. The record wasn’t a big seller but Juice Records has never been about releasing hits, it was never intended to be a dance floor record either, unlike my previous work, but I think it’s an amazing LP.

Q) When you go into the studio, do you already know what you’re going to work on whether it’s DJ HMC or LNTG, or do you just find yourself going with the flow?

Q) When you were growing up did you find yourself leaning more towards house, techno or disco?

I was a teenager during the height of the Disco days, the records that I bought from 1977 through to 1980 are very special to me. Some time in 1987 I bought my first Detroit Techno record and fell in love with that sound straight away. By 1990 I was ready to release my first record.

Q) Do you find growing up in Austrailia made things harder for you to ‘break through’ into the international level?

I’m not sure that it did you know. My first release was licensed by Music Man Records out of Belgium and became a big club track. Things were easier after that. The hard part was getting acknowledged in Australia!! It wasn’t until Carl Cox started playing HMC records in Aus that things really took off here.

Q) I read that the track “Baby Wants To Ride” was one of the turning points that made you want to produce house, what was it about this track that caught your ear?

First of all it was Jamie Principal’s voice, and of course the music. It was different. I thought to myself… I reckon can make music like this with the machines I have. Baby Wants To Ride sounds like two of my favourite artists, Prince and Depeche Mode made a track together.

Q) I noticed in your bio it says “The only thing he fears now is a warm up DJ playing 140 BPM”, has this ever happened to you before?

Hahaha. No it’s never happened. Though, some DJs really like to flex their muscles by ending there sets with a few bangers. It can be difficult starting your set at that level. I always try to bring it back a little before the next DJ.

The difficult thing is playing 1 hour sets. It sometimes takes me an hour to warm up!! In my younger days I used to love playing 6 hour sets, and I was lucky enough to get that opportunity many times.

Q) You recently played in Dublin’s District 8 but you’re no stranger to the Irish playing here quite a few times before, how do you find the Irish crowd to others?

The crowds in Ireland are always up for dancing, and especially singing. Two things I love doing myself, except, I’m a terrible singer hahaha.

Q) This will be your first time gracing the Casa Barcadi stage at Electric Picnic, what do you have lined up for us?

Well I never know what I’m gonna do until I get on stage, but you will definitely hear some great LNTG edits.

Make sure to catch Late Nite Tuff Guy from 8-10pm on Sunday evening.