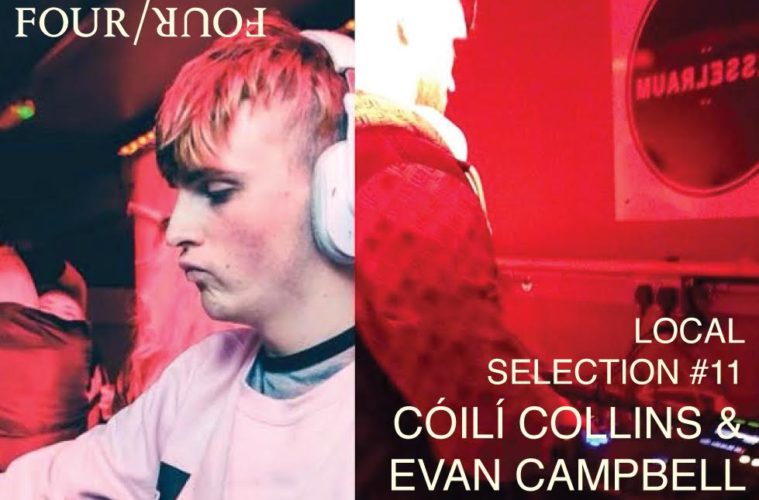 Next up on our local selection mix series is Cóilí Collins and Evan Campbell. Both DJs based in Galway, Ireland for the lads down at Der Kesselraum at Carbon Galway.

We recently caught up with the lads for a brief chat.

Q.How did the partnership come about?

A. “Me and Evan had really differing styles in the beginning, I was into that Unknown to the Unknown House which I presumed was heavy at the time, but after our first gig he asked me would I get heavier stuff for the next time, that kind of shocked me at first, but I spent a solid chunk of time trawling through YouTube suggested finding loads of obscure bangers, that went down well with him I think, I’m a little addicted to industrial techno at the minute but I go for some Kerri Chandler-ish stuff the morning after gigs because there’s only so much you can take.”

Q. What’s individual about your night?

A. “We play in the Kesselraum or Boiler room in Carbon on a Saturday which is a pretty unique environment, there’s an actual Boiler in the Room so it’s pretty legit. Because it’s a Saturday there isn’t as much of a student atmosphere and it’s almost like we’re bringing this music to an alien audience but there are regulars, like this Italian lad that was chatting to me about Inter Milan’s new signings.”

Q. So there’s interaction with the crowd?

A. “Well, we’re on the same level you see so it’s inevitable that there are fellas in the audience that for some reason want to have an in-depth discussion despite the 130bpm Tech being played. Then again there’s nothing more Irish than maintaining a conversation in a bizarre place, like after mass when you really need to get the car out of the way of everyone else’s or when Dax J is bursting your ear drums and there’s only 30 seconds left in the song that’s playing…”

Q. What were your intentions with the mix?

A. “Well, I was walking home through Westside at 2am while listening to it after it was done and it kind of hit me that there’s a real wintertime element to it, now that could’ve been the blistering breeze or the hauntingness of the music itself. As ridiculous as it sounds I don’t think Dance music carries enough pretentiousness with it as other genres do, like it evokes feelings the same way Bob Dylan songs do, just because they’re not as complex as his metaphors or whatever doesn’t mean a sick bassline isn’t as a effective as a good hook. Then again who the hell wants TED talks from DJs explaining the philosophical ideas behind ‘bom bom bom’.”