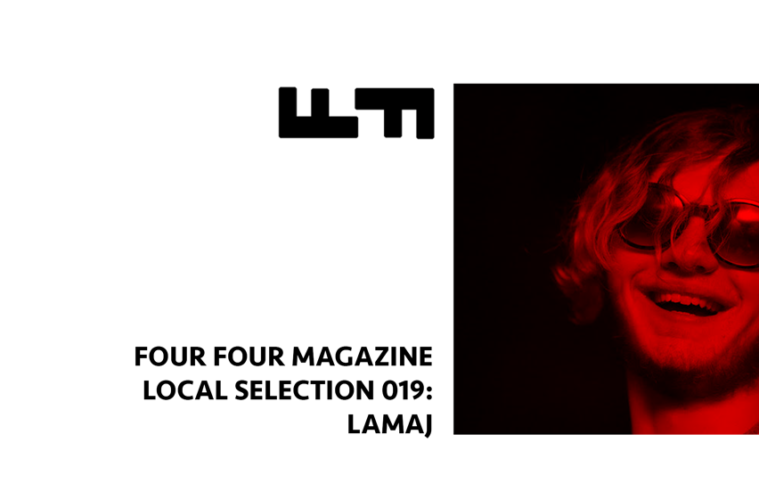 Head honcho of spritely new Dublin ghettohouse collective ‘Boxset’, Ethan Begley Hughes, AKA Lamaj, steps up for an hour of sumptuous house vibes. After having his latest EP already featured on Four Four, we’re proud to showcase his talent as a selector given his already well-known production capabilities.
You can catch Lamaj soundtracking midweek shindig Bruce Willis almost every Wednesday in Wah Wah club and keep an eye out for the next Boxset event after their launch in Hangar’s Pablo Discobar.

Where did the Boxset idea come from and why did you decided to go ahead with it?

Boxset basically came from a want to share music that we felt other nights weren’t really showcasing and to create a collective that didn’t take itself too seriously. We really just wanted to start a night featuring music from labels like Dixon Avenue, Unknown to the Unknown etc. while keeping a fun vibe.

What prompted the change from BeverlyHillsCop to Lamaj?
After I had finished off the Polymonk EP I began to feel that the mood and style of that release really didn’t fit with the BeverlyHillsCop alias and thus Lamaj was born. Not to say you won’t be hearing more from BHC soon though.
How do you find being a producer in the current Irish scene?
Being a producer in the current Irish scene is really exciting. It’s great to see home grown artists like KETTAMA and labels like 045 getting much deserved attention and support. In regards to myself, a platform like Four/Four has been extremely helpful with promoting releases not just from myself but from a variety of local lads. It’s a very exciting time to be a producer within the Irish scene.
Do you take different approaches when it comes to DJing and producing?

Well producing can be a real slow process. Sometimes it’s hard to force things in the studio but usually when an idea starts to come together the process then begins to snowball a bit, but that initial idea can take some time to workout. In terms of DJing, every gig varies. I try not let my production influence my DJ selection as I like to keep an open mind and not limit myself to genres.

Listen to Lamaj’s lively mix below and let us know what you think in the comments!