Long Island Sound is a name Irish dance music fans should be very familiar with. The pair have been packing out clubs and festival stages up and down the country for a number of years now. The duo have been going from strength to strength with their reputation continuing to grow both here and abroad through their diverse DJ sets and highly-regarded productions, which have racked up thousands of streams and downloads. The future is looking bright for the Berlin-based duo and we’re excited to see what comes next for them.

We caught up with Long Island Sound for a quick chat ahead of the debut release on their new Signs Of Space label, the aptly named ‘Initial Ascent’ EP which is due out at the beginning of April.

You’re about to launch your own imprint. What led to you starting a label?

Yeah, we’re super excited for this. We had talked about starting a label, but never had an exact idea of when or how. We were sending some music around to some friends, and Bobby Analog suggested that we could maybe just press some records ourselves. He’s been really good with giving us advice too. Then the general look of the label started to materialise really naturally. It’s been really nice to have basically full control of everything from the logo to the artwork to the music.

Is there an ethos behind the label or a particular sound/style you’d like to push?

We’re trying to bring people on a bit of a trip with the label. We arranged and named the tracks with the idea of ‘exploration’ in mind, and the tracks are all part of a bigger idea. We’ve been exploring different ways of making music, and we’re really enjoying using more machines and electronics in the studio.

The label’s debut release comes from Long Island Sound. Will you be using the imprint as a home purely for your own music or will you be looking for other artists too?

For the time being, we’re going to use it to put out our own stuff. We might ask some friends to do some remixes, and take things further from there. Who knows!

How did you approach making the EP and do you feel an added pressure that it’s coming out on your own label?

Our approach was pretty simple – we basically just made music for a year, but at that stage we hadn’t even thought of starting a label. Then we realised we were sitting on a pretty big bank of music. From there, we noticed there was an underlying feeling running through the tracks, a sort of subconscious, natural idea. There’s definitely less pressure on this release. We’ve just been able to go with our gut and explore whatever sounds we like.

How do you find having complete control over the release from start to finish?

It’s been really enjoyable to watch the idea grow from nothing to something. The more we talked about the general aesthetic of the label, the more the idea grew naturally since we agreed on so many aspects of the artistic direction. 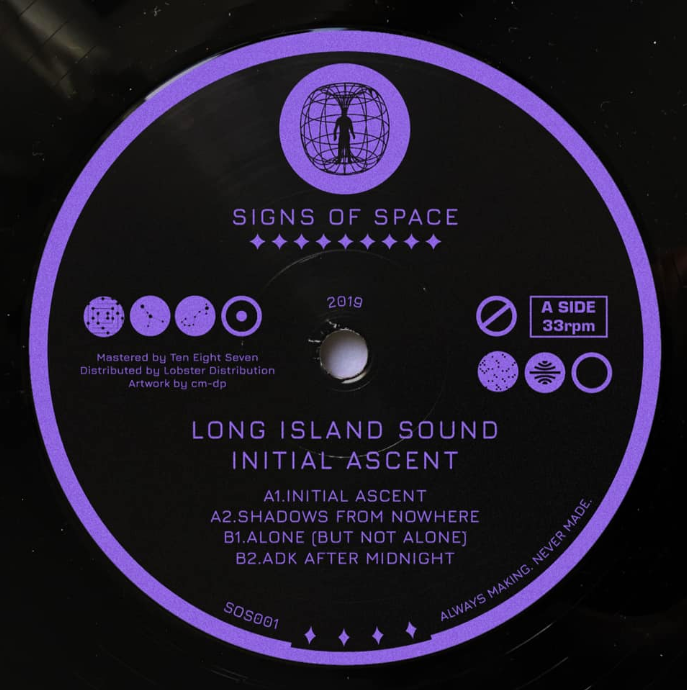 What kind of musical influences can we expect to hear on ‘Initial Ascent’?

We’ve been taking inspiration from a lot of different places and labels. There’s some sick music coming from Vancouver and Montreál on labels like Mood Hut and SOBO. Discovering some of the 1990s and 2000s breakbeat and techno has been really eye-opening too. Lobster are putting out some great music. A lot of the labels coming through All City are really inspiring to us

There’s been an evident change in the style of music you’ve been putting out over the last while, from the jazz-infused house sound you were so well known for to a darker, more electronic style of house/techno. Was this a change that you had planned on making?

In short, no, we hadn’t planned it. Everything changes – our tastes, the way we make music, the way we DJ. It’s all about development and it feels like you will never reach the end of your musical journey. Always making, never made!

What’s to come in the future? Are you guys remaining Berlin-based?

We’re gonna keep working on SOS releases for the next while. We’re definitely excited to come back to Dublin in the near-ish future. Berlin is obviously a great place to live and be creative, but the music scene in Dublin has a sense of community that’s very hard to beat.

The ‘Initial Ascent’ EP is out April 6 and you can preorder here.

Check out the pairs latest mix for Friendly Potential Radio below…