Konspiracy Club are set to bring Mark Blair back to Dublin as their next guest at The Academy.

Mark is one of the most in demand DJs on the Irish circuit at the moment. The Belfast DJ/Producer has been consistently churning out club ready weapons for well over a year now and has been making a big name for himself both here and abroad, playing gigs in The UK, Australia and New York with a number of impressive shows still to come including Paddy’s Day with Adryiano & Bellaire as well as playing at the highly-regarded AVA Festival this summer.

Konspiracy are aiming to provide Dublin with a midweek rave that goes beyond your standard club night. They’ll be putting a special emphasis on the production, visuals and sound to ensure that house & techno fans are getting a fully immersive experience week in week out. 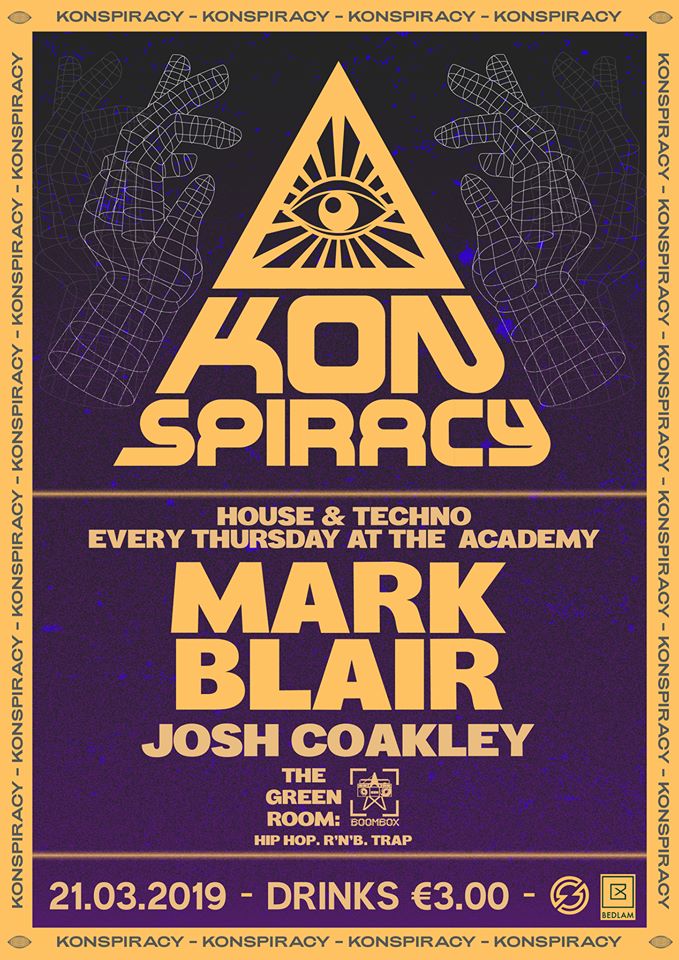