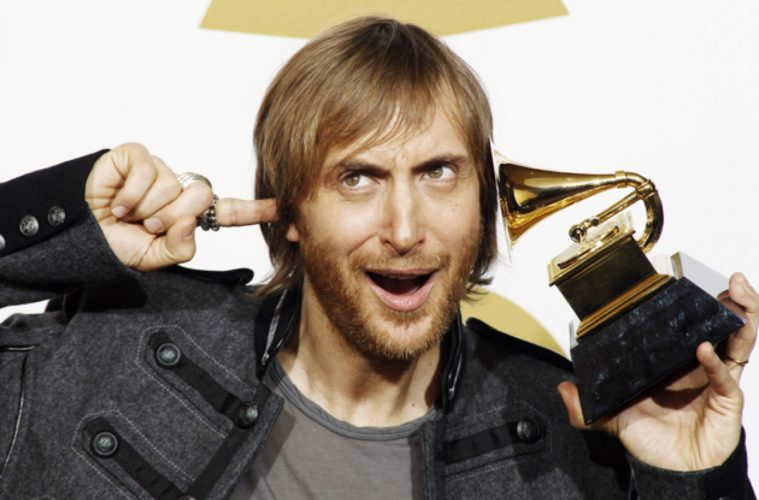 We may have cracked who David Guetta’s alter ego is

After Justice’s recent interview with French outlet CSTAR, in which they revealed David Guetta releases ‘very good’ music under a different alias, the electronic music sphere has been sunk into utter chaos as underground and mainstream fans clamber to attach the Frenchman to one of Dance music’s many faceless artists. We here at FourFour decided to join in on this game of guess who and put our thinking caps on to see if we could pin the tail on the theoretical donkey that is David Guetta.

After an in-depth brainstorm that drew up the masked likes of SNTS, Claptone and Daft Punk (very briefly) as possible suspects, none were more intriuging than Giegling  mystery man Traumprinz/DJ Metatron.

In terms of identity, no one can rival the mark of anonymity that surrounds both aliases and his third ‘The Prince of Denmark’ which he recently retired after a pair of 20-minute untitled, looped, mixes. Having only played a handful of live shows under any of the above mentioned aliases, Traumprinz/DJ Metatron stands out as the prime suspect in the Guetta case; music reputable enough to be mentioned by Justice and someone anonymous enough to disguise the fact that they’re actually David Guetta.

In terms of music, there isn’t a huge amount we can do in terms of comparison without either lobbing an Alicia Keys vocal over a classic Traumprinz track or putting a DJ Metatron tune beside ‘Sexy Bitch’ or ‘Who’s the Chick’ and then questioning whether this was an intentional ploy by Justice in order to get us to actually compare David Guetta to such a mythical electronic legend.

On a serious note, there has been footage of David Guetta playing the classic Antoine Clamaran remix of ‘Waiting’ by DJ Rage from back in the day in Amnesia in Ibiza. Even a quick skim through his mixed compilation for Paris Les Bains club will give you numerous soulful house tracks that would make modern day Guetta fans scratch their head in confusion.

Even though it is totally far-fetched to even compare the scraps of progressive and soul house we have evidence of Guetta playing (not making) to Traumprinz/Metatron’s versatile sounds, Guetta’s role in the rise of EDM may indeed have thrust him into having to create an anonymous alter ego in order to release other, totally different projects.

Either Guetta has duped us all by successfully creating a German character that believes as much in the art of music as he does in making great tracks, or he’s actually still just the driving force behind underground electronic music’s worst nightmare.

Banksy may have been finally outed, but the mystery of David Guetta’s better half will make for a decent replacement for the time being…