The pre-party for Ferropolis’ Melt! Festival has been announced, and the line up is looking killer as always. The party happens annually and is taking place at Melt!’s Sleepless Floor stage, which since its induction in 2004 has become a significant haven for dance music culture and club goers alike.

The infamous stage and institution of the festival, situated right between the campsite and the main arena, will be running as a 24 hour stage for a total of 90 hours straight throughout the festival and following the pre-party. The stage will feature back to back DJs and a ‘lose all sense of time and space’ motto.

Confirmed so far are acts like Boys Noize, Kiasmos (DJ set), Monolink (Live Set), Resom and Stereocalypse – all playing lengthy marathon sets, unrestricted by the usual restraints of a short but sweet festival set, accompanied by an ‘anything-goes’ atmosphere and mainly dominated by a techno vibe.

The Sleepless Floor has played host to many a dance music legend including Rødhåd, Bonobo, Fatboy Slim and a massive list of DJs, producers and more…even Kylie Minogue. The Sleepless Floor is for the most hardcore, dance until you drop kind of people..If this is you. 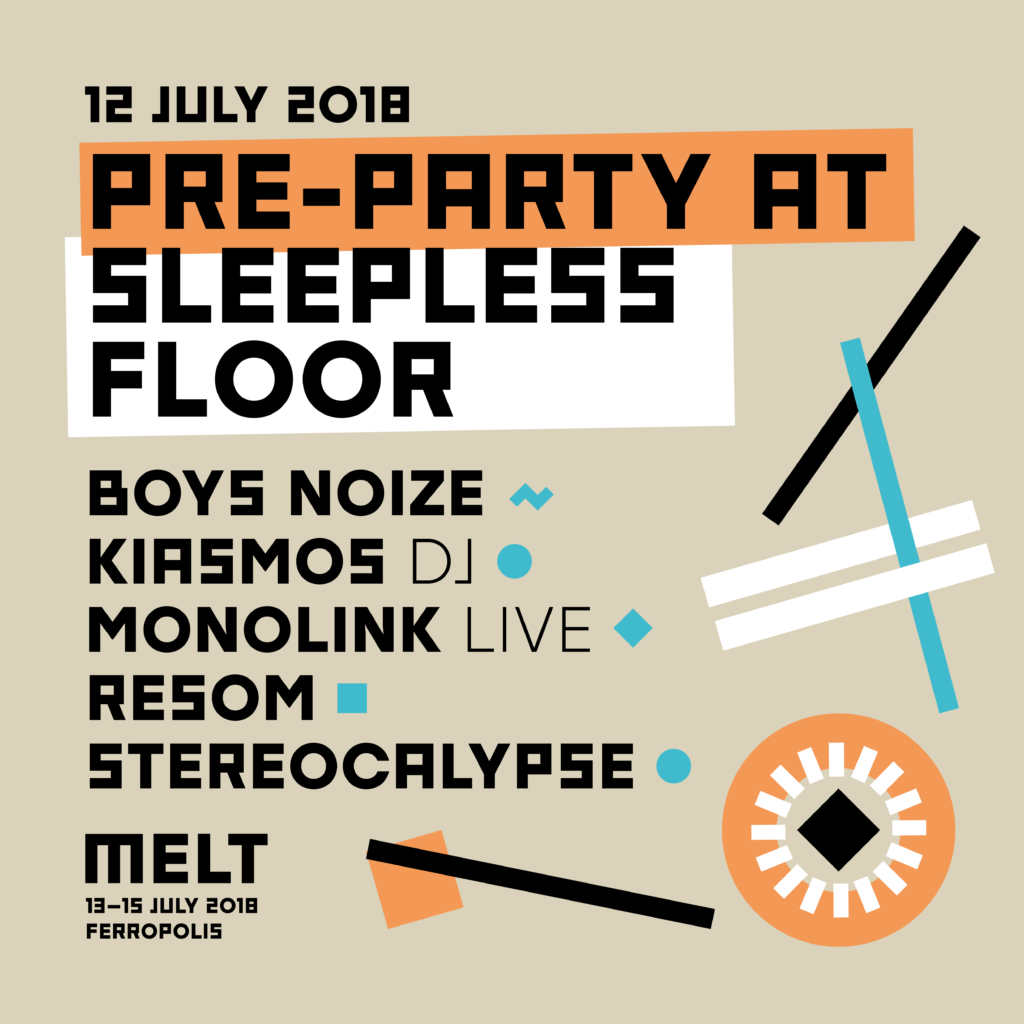 The pre-party is taking place on Thursday, July 12 before the festival kicks off on Friday, July 13.