Mix & Fairbanks have been one of the leading acts in Irish dance music over the last number of years. From standout sets at major festivals such as Electric Picnic, Longitude, Life Festival and Body & Soul to packed club shows in Hangar and District 8 as well appearing at Eastern Electrics festival alongside Skream and Dennis Ferrer, the pair have been entertaining crowds to no end.

The duo have recently started a new event series by the name of ‘Made & Played’. The idea for these events was born out of their love for reworking old tracks and giving them the delicate touch needed to make the them more suited to the modern dancefloor and to fit in nicely with their eclectic sets.

Based on that concept, they’ve decided to invite various artists they enjoy to share an edit they’ve ‘made & played’ as well as a guest mix on their monthly show on DDR.

After the success of the Made & Played launch party, the series will now include a number of pop-up parties around Ireland that will showcase the lads’ favourite local and international artists. 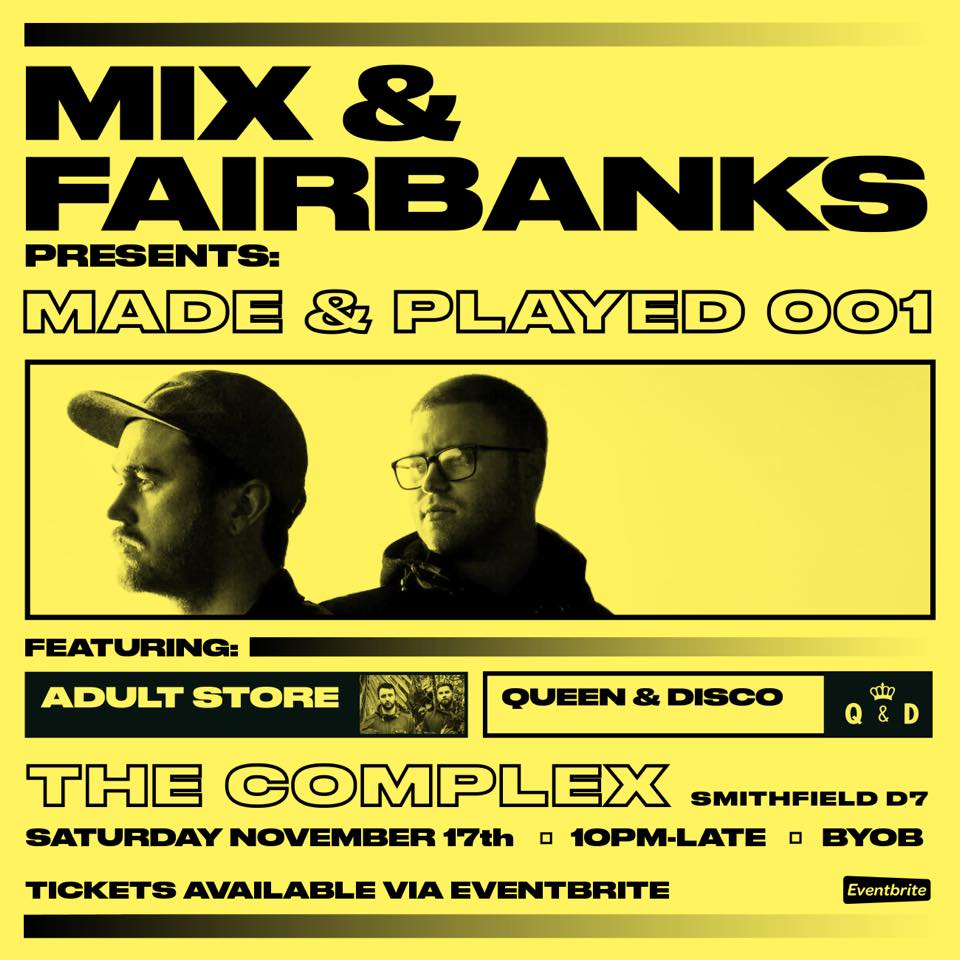 First up on the Made & Played free download series is Derry’s finest Queen & Disco. Producers, Promoters and Label heads, the lads have been putting out quality releases since 2013 from artists such as Get Down Edits, LTJ and Napoleon.

Queen & Disco were the first guests that Mix & Fairbanks invited down for their initial Made & Played party, a sold out night in The Complex back in November.

So it was only right that they were the first to contribute to the free download series too.
Makes sure to join the Made & Played group page here and make sure you don’t miss out on future events and free downloads.
–
Here’s Queen & Disco’s rework of Michael Kiwanuka’s ‘Black Man In A White World’.
–