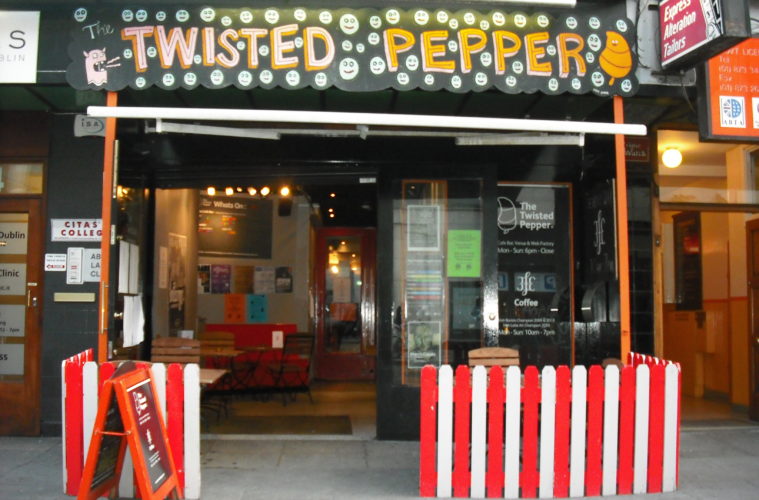 It’s the culmination of two years of dominating the charts as well as the clubs in Ireland, Europe and the rest of the world. EDM was as popular as anything electronic music had ever seen before, and Swedish House Mafia were its pin up boys. They were to EDM what The Beatles were to Rock n’ Roll, what Garth Brooks was to country music. A global phenomenon.

What should have been one of EDM and Swedish House Mafia’s biggest moments quickly turned into a nightmare. Nine people were stabbed, while another two young men died at the concert. Eye witnesses told of a bad atmosphere throughout the day, with lots of fighting, and hostility throughout. The EDM bubble was about to burst in Ireland, and this was to be an important day, to be remembered for a long time after.

It’s very important to remember that, while right now Dublin’s house & techno scene is one of the strongest in Europe, the city wasn’t always such a hub for underground music. Throughout the late 90’s and early 00’s, trance, hardhouse and hard dance were probably the most popular genres in clubs, while festivals such as Homelands, Creamfields and Planet Love were dominated by trance headliners. Also, one off “raves” in Dublin’s premier concert venue – The Point Depot, now known as 3Arena – again were dominated by superstar trance names such as Paul Oakenfold, Ferry Corsten and Paul Van Dyk. A sign of the popularity of those genres at the time.

Dublin clubbers liked their music hard and fast. The Kitchen’ nightclub, owned by Bono, and Pod Promotion’s flagship venue ‘Redbox’ on Harcourt street kept the fire burning throughout the 90’s and early 00’s for house & techno in the city before its closure for redevelopment into what would become Tripod.

But house & techno parties were very much an alternative, played in smaller venues by independent promoters and to smaller audiences than we see today.

With the closure of Temple Theatre and Redbox in the early to mid 00’s, Dublin was left without a super club. It was not until the Opening of ‘Spirit’ on Middle Abbey Street, at the location of the old Hot Press Music Hall of Fame, that we saw a nightclub of a significant size, with a music policy focused on House Music.

Renowned acts such as Timo Maas, Erick Morillo, David Morales, David Guetta and Tiga were the order of the day. It proved very successful up until its closure in 2007, and influenced myself as a promoter and DJ, being the first club that I frequented regularly.

Tripod finally opened its doors in late 2006 with 515 Fridays its flagship brand, seeing weekly visits from the biggest names in the world such as Richie Hawtin, Carl Cox, James Zabiela, Sasha, Digweed, Sven Vath, Carl Craig and countless others. It was the definition of a super club and has left its foot print on countless promoters, who shape the Dublin landscape to this day.

Its sister venues Pod and Crawdaddy gave smaller independent promoters spaces to throw parties, with the Bodytonic and Emergence collectives throwing regular parties there before moving on to success with venues and festivals in their own right such as Twisted Pepper and Bernard Shaw (Bodytonic) plus Life Festival and Samhain (Emergence / Archetype). Tripod had a glorious three or four years, with a list of guests that any club in Europe would envy. Then the recession hit, and slowed things down considerably.

Tripod closed its doors for the final time in 2012, leaving a huge gap in many a clubbers lives each weekend. Other venues like Radio City, The Cavern, The Vaults and Kennedy’s closed, leaving up-and-coming promoters with little or no venues in which to run parties.

There were a couple of bright lights around this time though. Twisted Pepper, ran by Bodytonic, had emerged as one of the leading venues on the planet. Launched in 2008, it was voted into the DJ Mag Top 100 clubs in the world in 2009. No mean feat for a venue in which both rooms held 200 and 250 max. A lone wolf in a struggling scene, bringing legendary name after legendary name to Dublin, while also introducing future stars like Eats Everything, Dixon, Maya Jane Coles and more. Twisted Pepper became a venue that has forever influenced the city and its promoters. Hidden Agenda’s Saturday night residency in Button Factory also offered an alternative at this time, but there weren’t half as many options as we have today.

The late 00’s saw the emergence of EDM as a monster in its own right, with massive shows, in huge venues, a natural progression from the popularity of Trance and Hardhouse in the city. New venues like the The Wright Venue and the renovated Tivoli Theatre, as well as The Academy (formerly Spirit) regularly showcased massive EDM acts. A new generation were introduced to dance music at a very basic level, and EDM was seen as a cash cow for a lot of venues at this time. Fatboy slim, David Guetta and Calvin Harris sold out Marlay Park, only enhancing the view that EDM was big business in the city.

This all lead us to that faithful evening in Phoenix Park. Tens of thousands of followers flocked to see Swedish House Mafia. I was not in attendance, personally I could not think of anything worse. Massive builds, and heavy drops, soul-less, emotionless music. Like many others I needed a groove, and still do to this day.

What should have been a safe, enjoyable day and evening out for everyone, turned into a violent & unforgettable night for an unlucky few, and all for the wrong reasons. EDM had reached its climax in Dublin, a violent end! As one cycle ended, another one was to begin…

From that night, a light emerged at the end of the tunnel. Around this same time, many new collectives had formed, and launched their own parties, bringing guests to Dublin who they wanted to see, affecting a change that would carry the scene forward for the foreseeable future. Independent promoters like Abstract, Bedlam, Jack and Strictly Deep emerged in 2011 – 2012. Followed by Sense in 2013. A new generation of promoter was now leading the scene forward booking the next generation of DJs like Maceo Plex, Todd Terje, Hot Since 82, Darius Syrossian, Guy Gerber, wAFF and many others into venues like Button Factory, Lost Society, The Kitchen, Grand Social. Venues were embracing the idea that underground electronic music could flourish in the city.

Many of these promoters took hits over the first few years, there were no guarantees of busy crowds at shows. It was about creating something different and new in the city. Slowly but surely the scene began to grow. The EDM scene was still popular, but as the younger generation matured, so did their taste, and they moved onto a more mature sound.

More venues began to open. District 8, a large pop up venue in The Tivoli Theatre opened its doors in late 2014, ran by the same team behind Life festival. It has become one of the premiere venues in the country, with regular visitors including Rodhad, Skream, Annie Mac amongst others, they have just announced their 5th season line up to huge acclaim.

A home to hugely popular brands such as Bedlam, Hidden Agenda and Subject and others, it regularly sells out its 1000 capacity main room. Yet another sign of the growing interest and following in underground house & techno in the city.

Hangar opened its doors in late 2014 also, driven by The Building Society, owned by the previous owners of Lost Society. Hangar is a warehouse space previously known as Andrew Lane Theatre, it has become one of the most respected venues in the city, with Techno & Cans (weekly Friday’s) & Strictly Deep (weekly Saturday’s) showcasing the likes of Adam Beyer, Matador, Dimitri from Paris, Sidney Charles and Nicole Moudaber already, it has emerged as yet another venue in the city with an underground music policy.

Opium Rooms opened also opened in 2014, curated by Abstract who previously curated the the hugely popular Pygmalion. Acts like Apollonia, Groove Armada, Guy Gerber and Felix Da Housecat are regular guests there and is yet another endorsement of the popularity of underground electronic music in our city. Just recently they announced Hot Chip DJ Set, Guy Gerber and Green Velvet as headliners for Abstract’s 5th birthday. A line up to make anyone stand up and take notice.

With these three venues opening all in the same year, the underground scene has gone from strength to strength. Any given weekend could see seven or eight headline acts perform in numerous venues around the city. Dublin has now become a key city for many big acts and big agencies, when beforehand it was just an after-thought.

District 8, Hangar, Opium Rooms, Button Factory, Grand Social, Pygmalion have a combined capacity of around 4500 people, and its regular for all to be full at the weekend. For a city of our size and with out archaic opening hours and licensing laws, this is no mean feat.

The new generation of promoters, DJs and clubbers, had aligned Dublin with many of the top cities in Europe for clubbing.

EDM shows are as rare a sighting as Calvin Harris singing a Taylor Swift song. Dublin has become a mecca for underground House & Techno, with thousands going to their place of worship each weekend, to gather and see the worlds finest DJs, and long may it last!