Opinion: We’re looking and sounding more like the 90s than they did back then

It’s undeniable that creating nostalgia in any form is a pretty appealing prospect and for youth, clothing is the most universal way to express yourself. Getting away from the nostalgia of the 90s is difficult, even for the most forward thinking designers. The 90s was an era of agenda setting designers and fashion where people were finally free to dress how they pleased without being majorly hassled.

As it just so happens, the 90s coincidentally brought a new wave of rave culture that was intense and unforgettable for most… meaning everyone clung on to every aspect of it, and they still do. Clubs were places that were disassociated with work, without responsibility. People had the freedom to wear and do what they wanted to in a place where they could celebrate the music they loved. The 80s mainly brought doom and gloom for Ireland, contrary to the colourful vibrancy of the then popular culture and music. As the saying goes, creativity thrives in a struggle. High rates of unemployment and a society with not much to offer all over Ireland and the UK inevitably would bring some sort of creative uprising or revolution.

The youth today, raised on brand marketing, fast fashion and celebrity culture are craving our own alternative way of dressing for clubs – but we just so happen to really like the 90s style, so we kind of stole theirs instead. With vintage clothing becoming increasingly popular every day, it has created an industry in itself. It’s accessible, it’s a lot more expressive and it’s a way of dressing uniquely. We are no longer excited by fast fashion, but looking back to the artistic authenticity that once ruled club culture and the originality that came with it it at the time (although some might debate not very original anymore). We are always told that our era are trend chasers, but who wasn’t? It’s the result of any culture, era or trend. We always hear that the pinnacle of rave culture and fashion resides in ‘underground’ cities like Berlin, but what’s so good about being told to what to wear just so you can get past the door into Berghain? 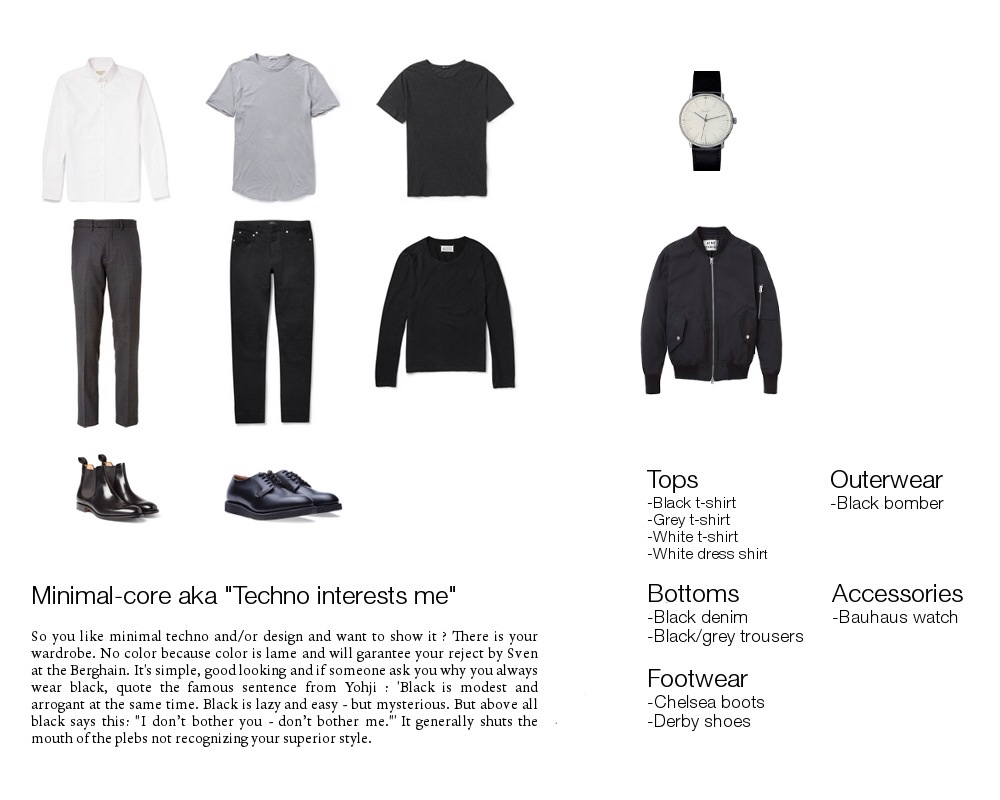 Social media has completely reshaped the music industry. DJs attract huge amounts of fans purely with their online presence, and marketing yourself as an influencer in whatever creative industry you’re in has become easier than ever before. Instagram has created a platform for a specific brand of ‘music fashion’ and a new wave of streetwear/rave wear too – with brands taking their pick of who they deem the most attractive to their brand (usually influential DJs) and target market and lobbing free clothes their way to be shown on their social media accounts. We spoke with Mella Dee about his style and he echoed that sentiment:

“Everyone sees all that stuff a lot more. It’s not me tapping into that idea, I just like wearing these clothes. A lot of the house and techno people come from different backgrounds and have a different style to me. The way that I am stands out a bit more and I’m a bit more relatable to people who wear tracksuits and Air Max 95s.
I always want to be relatable. If somebody sees me and they want to come up and chat to me that’s cool. Social media is a good way to interact with people, if they like to get to know you then I don’t mind just show your true self.”

Instagram has given producers and DJs a visual voice, and the trend setting starts from there.

Take the likes of Peggy Gou or Mall Grab, both of whom are among the biggest stars in dance music at the moment. Both are two of the most active online, especially through their instagram accounts and are in no way shy of sharing what brands they are wearing at the moment. For Mall Grab, he recently spoke with Resident Advisor and told them he’s working on a clothing label that will run in tandem with his Steel City Dance Discs label after having close connections with high fashion brands such as Perks & Mini and Pelvis. For Peggy Gou, we have seen her wearing everything from Palace to Louis Vuitton which has led to endorsements from Puma and most recently, Nike. It doesn’t just stop at house music either. Take Kobosil as a techno example, he doesn’t just wear the bog standard black clothes we expect from a Berghain resident, he’s constantly kitted out in Nike hats and Stone Island, with one of his tracks being used in the ad for their new launch.
Sure, you could look at this as a hyper evaluation of a possible coincidence, but it’s much more likely that we’re seeing the ushering in of a new guard that are pushing the clubbing ‘uniform’ from the DJ booth onward. 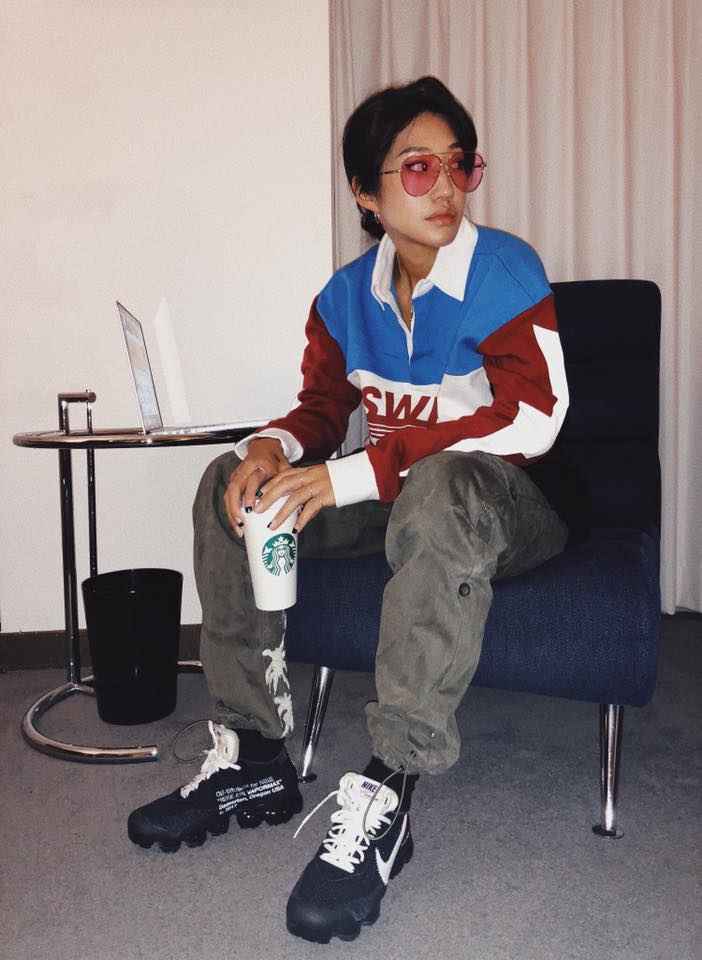 Instagram has given a platform for designers to know what’s liked and what to ditch and more importantly, what to bring back. Instagram has created a ‘give the people what they want’ approach to designers and what people want these days is rave culture and fashion.

A shot of adrenaline has been given to iconic pieces where production had stopped otherwise. We are constantly seeing 90s inspired rave collections, even Adidas took on the 30th anniversary of the second Summer of Love with their new Spezial launch. 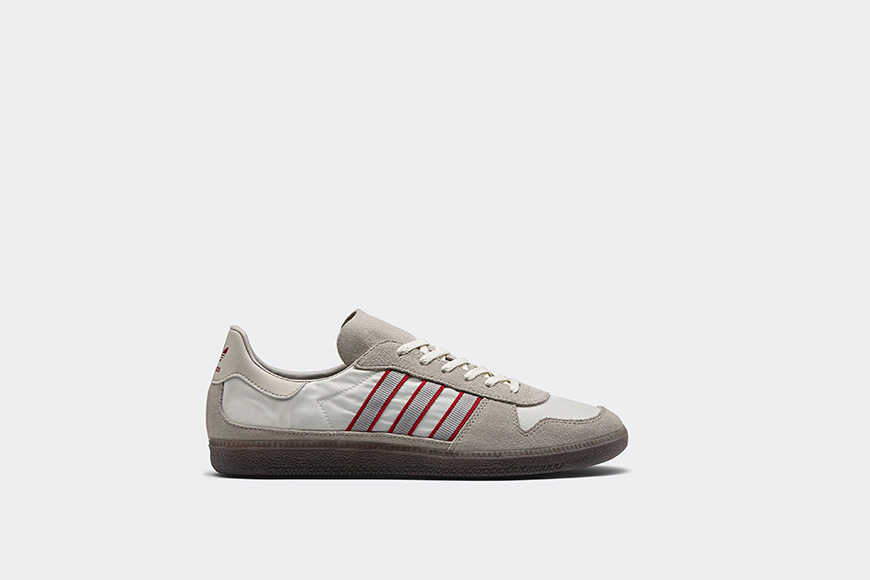 We are constantly seeing 90s inspired rave collections and London fashion week this year showed the rebirth of techno inspired runways from the music, to the inspiration behind collections. Anything from Gosha Rubinsky’s dramatic adidas statement there to the reissue of club associated footwear like Fila and a whole host of Nike Air Max and their colourways.

Burberry’s new collection is entirely inspired by the dance floor so the connection is constantly there. Streetwear clothing has given a lot back to the youth today with many designers revisiting their archives of conceptual clothing that are pragmatic for their intended use stating themselves that what better to wear in a club than comfy clothing and running shoes? It’s given a certain androgyneity to our generation where club goers are welcome to dress against gender stereotypes in a universal industrial fashion. Designers looking for stories to underpin their collections – and what better than rave culture. New hybrids based on all archived products that have been tweaked to create something new and serving the generations clothing needs for clubbing – running shoes are the best thing to wear if you’re going to go out all night dancing.  In an age where cultural clubs and establishments are turning to ruins, the innovation of club-goers and the ever evolving and multidisciplinary industry is sabotaging as much in lifestyles as it is exclusively behind the doors of clubs. 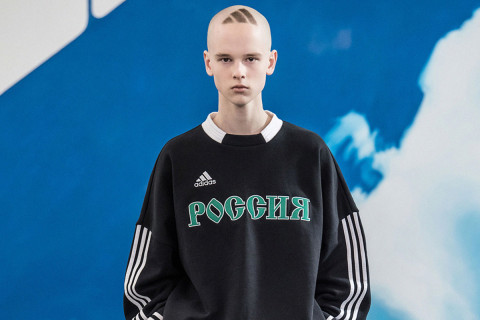 There’s a whole host of artists producing cult-adored merchandise based around themselves or their labels; take Ross From Friends, Dixon Avenue Basement Jams, the aforementioned Steel City Dance Discs and loads more. Carhartt recently linked up with the legendary Underground Resistance to release a brand new range of clothing. The list of club clothing really does go on and on, and it’s only getting longer. 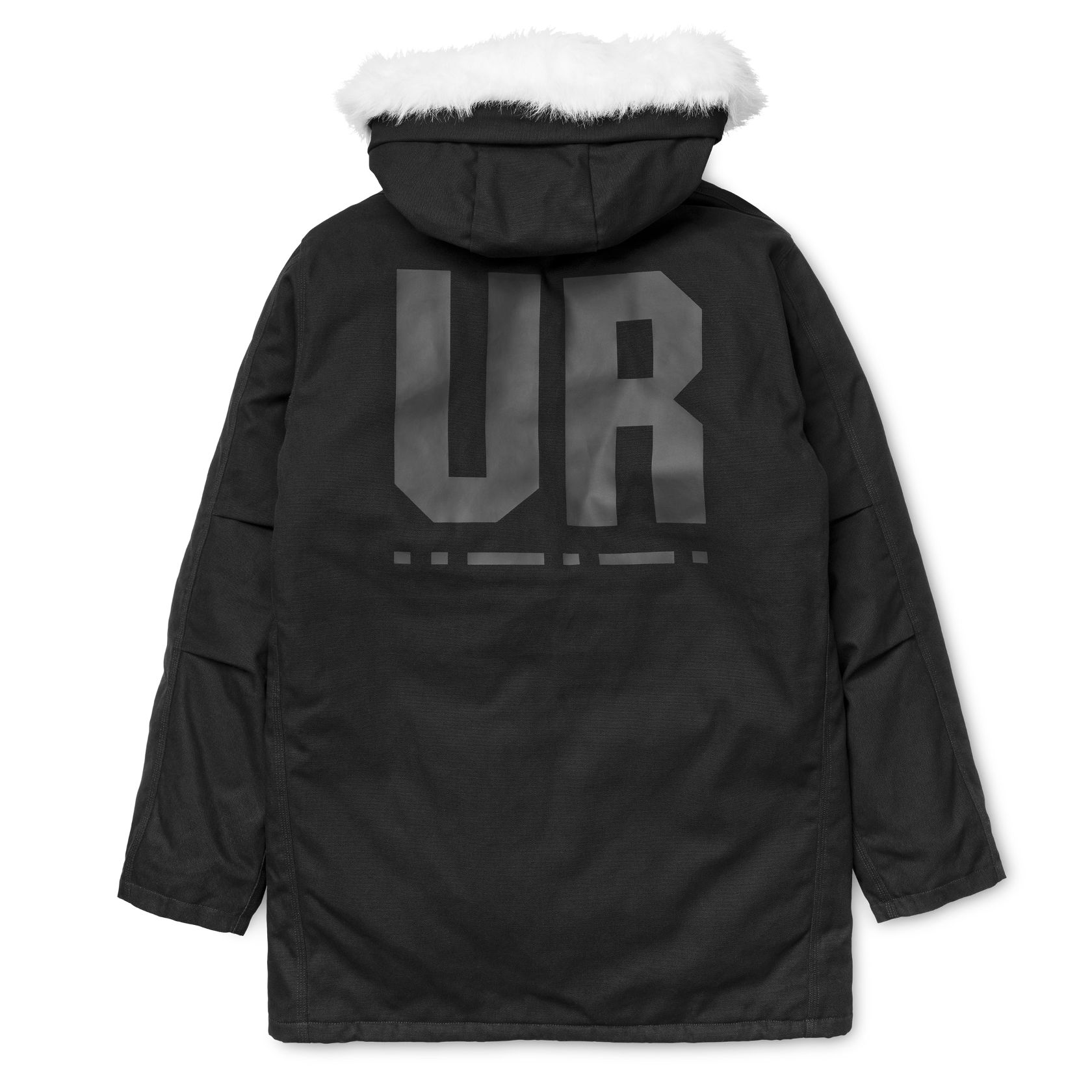 It isn’t necessarily a case anymore that people go to clubs and then dress a certain way, people dress a certain way and then go to clubs and as always, young people are impatient so they latch onto trends really quickly and try to show them off as quickly as possible in the clubs where they’re most accepted. Couple that with the music heavily adopting styles from the 90s and you have a weird match made in heaven.