Or:la and many more revealed for AVA London festival

AVA recently let the world at large know that they were taking their talents to London for a two day event in the aptly named Hangar in London Fields. The venue has played host to guests such as Mall Grab and more in recent months, while AVA have just announced that they’ll be bringing back their infamous castle party in March.

On top of all this, including the announcement that the Boiler Room stage will now be a two day event and the fact that they’ll be hosting the likes of DVS1, BICEP, Floorplan and many more at their two day festival in Belfast in June that has gone down a treat every year since its inception.

This morning the Belfast promotion revealed the full lineup for their London party, which will feature a healthy mix of international and local talent, as well as a host of talks and conferences from a range of industry leaders across a wide spectrum of mediums.

The festival will take place on a night and day basis; the Friday will see conferences held by the likes of Fabric, Native Instruments, Forbidden Fruit & Longitude and more with daytime sets coming from Moxie, Crazy P and Monki. The nighttime event will see Irish representation in the form of R.Kitt, with Genius of Time headlining the night.

The lineup features the signature AVA style and has included plenty of Ireland’s best talent across predominantly house music and adds yet another string to their entirely unique bow. Check out the poster with the full day & night lineups of acts and conferences. 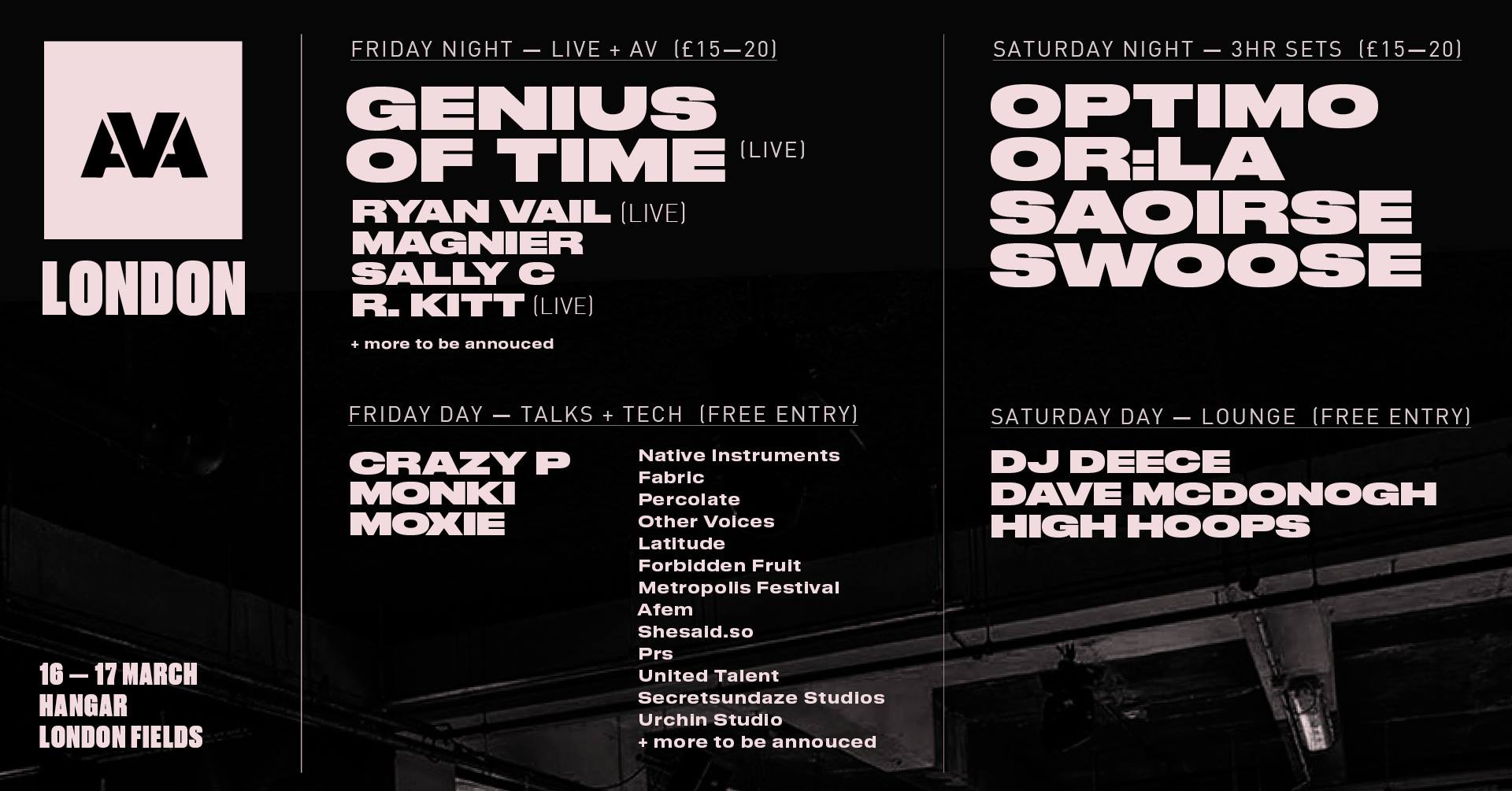 The event will take place on the 16th and 17th of March and tickets are available via their Facebook event here.