Liverpool Disco Festival revealed its lineup for the upcoming edition and it has put together an impressively well rounded one that features a good mix of old and new, to follow up previous years of positive-vibed acts.

Kerri Chandler heads up the festival, followed by French selector Jeremy Underground and Derrick Carter performing a disco set. Jocelyn Brown will also be performing as a live act to add another element along with a litany of live acts, rather than just a solely electronic atmosphere. 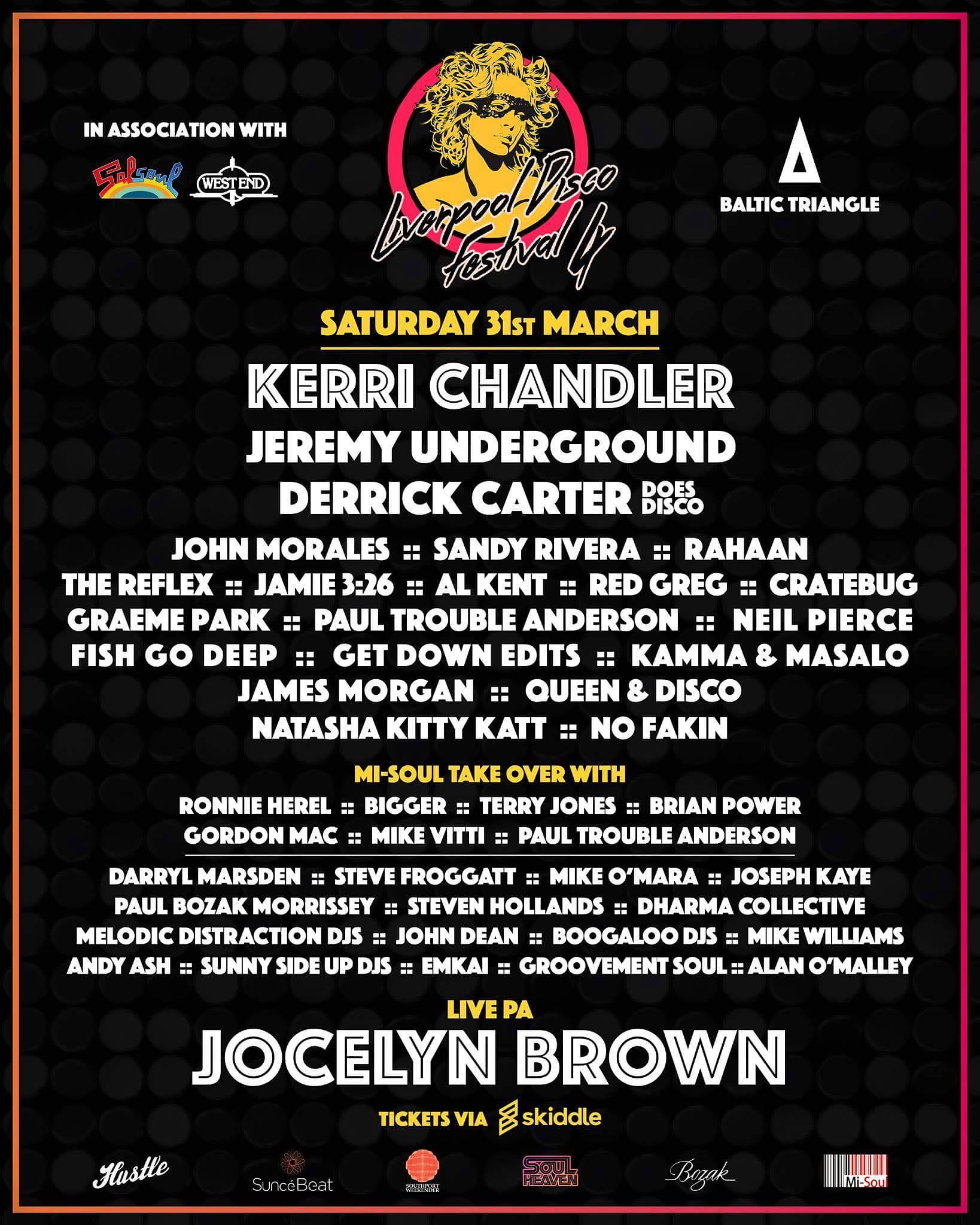