Broadwick Live; the company behind events such as Field Day and Snowbombing have announced they’ll be opening a new entertainment space in the same building as the current Printworks.

The new venue is being touted as having capacity for 3000 people and Broadwick Live say the new venue will lean on the heritage of the building, with high ceilings and painting presses as the backdrop.

In a move away from just hosting day long parties on weekends, the new venue will also host live music during the week with Django Django being the first band to perform on March 23. For people looking for their electronic music fix, rest assured as the weekends will be saved purely for the electronic music programme with Job Jobse, Kerri Chandler and Lindstrøm all scheduled to play on March 3.

Manchester’s Warehouse Project have been brought in to provide world class lighting and sound. Tasmin Ace of London’s sprawling Southbank Centre has been tasked with curating an arts and culture plan to help fully utilise the space.

The image below is an artist impression of the venue which shows a similar long, narrow dance-floor and the same high ceilings that made the original Printworks so recognisable. 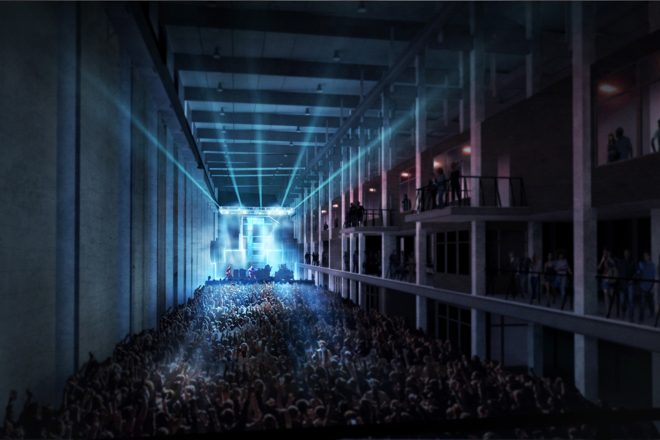 Keep it locked on Four Four for the first official line up announcements.